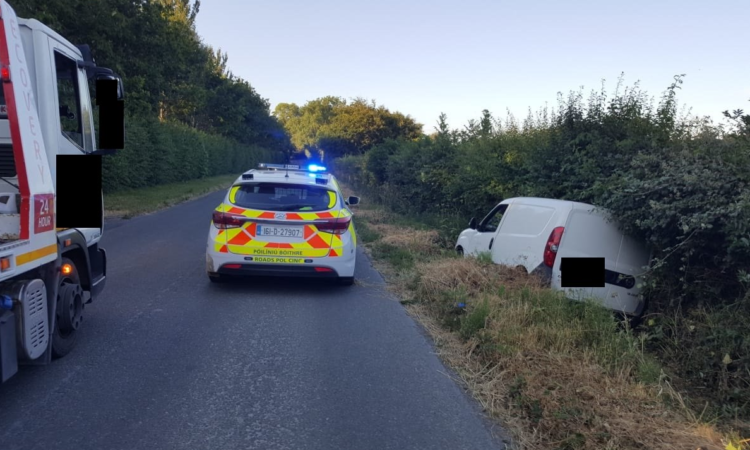 A drunk driver who was four times over the legal limit for blood alcohol levels was caught on a rural road by Gardai yesterday (Wednesday, July 11) after driving into a ditch.

The incident, as reported on An Garda Siochana’s Twitter page – complete with a photo and tongue-in-cheek pun – noted that the driver was lucky not to have hurt anyone on the road in such a condition.

The tweet read: “‘Ditches be tripping’: Naas Roads Policing observe this drunk driver who was four times over the alcohol limit.

‘Ditches be tripping’ Naas Roads Policing observe this Drunk driver who was 4 times over the alcohol limit. Lucky not to be injured or hurt anybody Court appearance to follow pic.twitter.com/QOjl0my7yI

Twitter users commenting on the Garda tweet noted that some would view the incident as a trivial matter on the basis that the driver “only hit a ditch” and the collision took place “in the country”, with a number calling for harsher sentencing.

On the topic of rural road users, Mayo County Council has issued a warning to drivers ahead of the coming weekend, noting that half of all fatalities that have occurred so far this year happened between Friday and Sunday.

The authority adds that two thirds of all road deaths in 2018 have occurred on rural roads.

Commenting on the situation, Mayo County Council’s road safety officer Noel Gibbons said: “Driver inattention is a major cause of crashes, so at the end of a busy working week we’re urging people to stay vigilant on the roads and concentrate on their driving.

“The roads are often busier during the afternoon peak on Fridays, as people try to get a jump start on the weekend and this congestion can also be a big contributing factor in many crashes.”

Rural roads are unpredictable. No matter how well you know the route, it’s vital to prepare for the unexpected.

Gibbons added that motorists should also keep an eye out for other road users such as cyclists and pedestrians.