The lack of response from the EU regarding supports for the European agri-food sector has been labelled “inconceivable” by the Irish Creamery Milk Suppliers’ Association (ICMSA).

Criticising this, ICMSA president Pat McCormack said that any delay or piecemeal response “puts at risk the food security of the EU and the very future of the agri-food sector”.

McCormack claimed that delay in acting as a collective “risked the renationalisation of agriculture policy” with very severe consequences for farmers across the EU.

It would also raise questions about the EU’s ability to act in unison at times of crisis, he added.

“In times of crisis, citizens expect the EU to act decisively and the complete absence of even a signal of support to the agriculture sector during the Covid-19 outbreak can best be described as bitterly disappointing and hugely worrying,” the president said.

“Everyone knows that a significant proportion of the normal food supply chain has closed down in the last fortnight causing major and unprecedented disruption throughout the farming and food sectors with farmers taking a very severe hit as a result.

“Those same farmers are working day and night delivering high-quality food to EU citizens and it is simply unacceptable that their incomes are being wiped out and their livelihoods endangered, while the EU watches on dithering – almost as a spectator,” McCormack said.

We expect – and are entitled to expect – that the EU will ‘walk the walk’ in terms of concrete policies to support the sector that’s doing most to feed the people of Europe and allay a general panic.

The president said that action needs to be taken in “charting a road to recovery” so that the sector can continue to deliver food security post Covid-19 crisis.

“Measures that are needed now include APS [Aids to Private Storage] for dairy products and direct supports for farmers hit by Covid-19-related price cuts.

It is already obvious that the retail sector will profit handsomely from the current crisis and it is not acceptable that the farmer primary-producer of food is expected to shoulder the hit while the retailer of that same food actually profits.

“Any further delay from the EU in intervening will make a very bad situation worse and must be avoided,” the president stressed.

“We are entering a very critical period for the farm sector in the next few weeks and farmers need to see that the EU…understands the degree of urgency and scale of the challenge,” McCormack concluded. 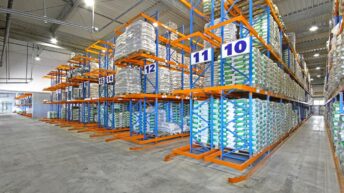