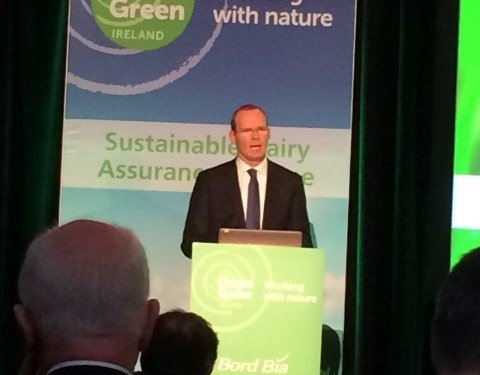 Agriculture Minister Simon Coveney and Public Expenditure Minister Brendan Howlin are at deadlock with regards to the 2014-2020 Rural Development Plan (RDP) which was widely excepted to have been announced before Christmas.

Both have had a number of recent meetings to discuss funding for the new RDP.

According to the Minister Coveney discussions will now continue in the New Year.

In an update the department said work is also continuing in the department on designing the schemes to be included in the new RDP.  “It is anticipated that an outline of these schemes will also issue in January to facilitate further stakeholder consultation,” it added.

“Once funding and programme content is agreed, the new RDP will be the subject of independent evaluation and environmental assessment.  This process will take approximately three months.  It is thus anticipated that a draft RDP will be submitted to the Commission in late Spring.”

Meanwhile, earlier this week Irish Farmers Association (IFA) president John Byran indicated  to AgriLand that the Government may well end up funding the next RDP to the tune of 45 per cent  to 47 per cent of total expenditure . This would be slightly below the full co-funding figure that had previously been demanded by the organisation.

“But this is still a good news story for Irish farming,” he said.

“But there is no doubt that the Government now recognises the pivotal role that agriculture and food are playing at the very heart of the Irish economy. Both sectors are driving exports and creating jobs in a very positive manner at the present time. And I expect this trend to gather further momentum during the years ahead,” the IFA president added.