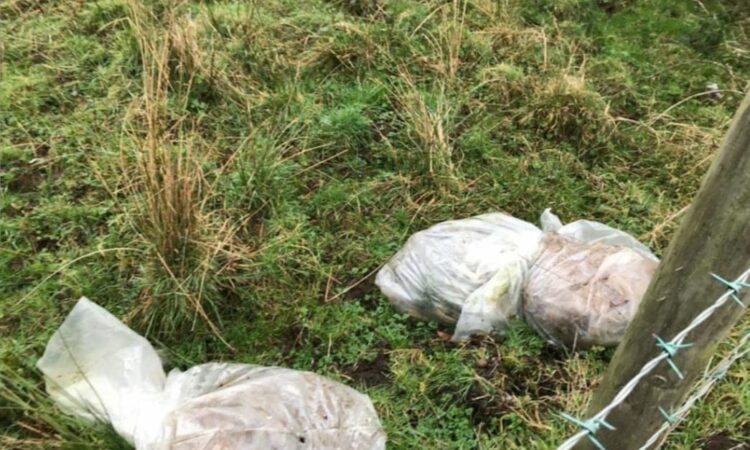 Up to six dead calves have been found dumped over the past 24 hours in a “disgusting disregard for animals” in Co. Antrim, according to SDLP councillor Mairia Cahill.

The calves were found in the Stoneyford area of Lisburn over the past day.

Cllr Cahill hit out at those responsible for the dumping, adding that the act shows a disgusting disregard for both the animals and the environment and had inconvenienced the community.

The councillor, who represents the Killultagh District Electoral Area (DEA), commented: “It has been discovered that dead calves have been dumped on private land in Stoneyford.

“The latest find of dead calves, which were tied up in plastic bags, was discovered today.

This is not the first time this has happened, except on the previous occasion the animals were not bagged. This act shows a blatant disregard for those who live in the area.

The councillor said that she has liaised with the Department of Agriculture, Environment and Rural Affairs (DAERA) today and requested that, during the forthcoming annual TB testing, stock numbers are checked in an effort to find those responsible.

“My colleague Pat Catney MLA has raised the issue with the PSNI, and I would like to thank Lisburn Council Depot for their help in this matter.

“We have arranged on this occasion for the dead animals to be collected and rendered. The cost for a cattle owner to dispose of a calf in the correct manner is nominal, so this act really is inexcusable,” cllr Cahill said.

The councillor also posted an image of the bags found on social media, adding:

The last lot were not bagged, and the landowner was [very] responsible and paid to have them rendered.

“Whoever is doing this needs to catch themselves on.” 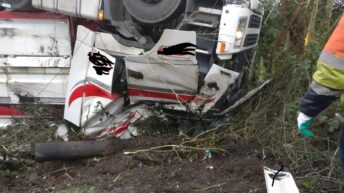