Dawn Meats’ strategic partnership with Dunbia to establish a majority-owned joint venture in the UK – which will comprise of the UK operations of both organisations – has also received clearance today (September 29).

The clearance follows an extended ‘Phase 1’ investigation by the CCPC. Following this examination, the CCPC formed the view that the proposed transaction “will not substantially lessen competition in any market for goods or services in the state”.

Details of the acquisition were first announced back in May and the CCPC was notified of the proposed merger on June 16.

It was originally expected that the combined UK businesses would trade as Dunbia.

It was understood that the new joint venture would offer customers regionally-sourced solutions for both beef and lamb, from 15 facilities across Scotland, England, Wales and Northern Ireland.

At the time of announcing the planned acquisition, it was revealed that Dunbia’s CEO, Jim Dobson, would become the CEO of the new Dunbia joint venture and that Dawn Meats’ CEO, Niall Browne, would take up the role of Executive Chairman.

The new joint venture is set to be run from Dunbia’s existing headquarters in Dungannon, Co. Tyrone.

Advertisement
The combined businesses in the UK and Ireland will process approximately 900,000 cattle and 2.6 million sheep annually.

Commenting on the news, the CEO of Dawn Meats Niall Browne said: “We are very pleased to have successfully concluded this process and can now look to deliver the benefits that we believe this transaction will bring for our customers, staff and suppliers.

“Our focus will continue to be on quality and sustainability across three leading national businesses: Dawn Meats in Ireland, Dunbia in the UK and Elivia in France.”

Meanwhile, the CEO of Dunbia Jim Dobson was “excited” to be introducing a “fresh look for the new Dunbia business in the UK”.

“The partnership will ensure that we can grow as a leading supplier in the UK market and deliver long-term solutions for our customers and a strong relationship with our farmer suppliers,” he added.

News of Dawn Meats’ proposed takeover of Dunbia’s operations in the Republic of Ireland was met with apprehension from some farm organisations.

The Irish Cattle and Sheep Farmers’ Association’s (ICSA) Beef Chairman, Edmond Phelan, was very anxious about the further consolidation of the beef trade.

He previosuly said: “This deal will bring a lack of competition in the processing sector. First of all the small abattoirs were forced out of business, now the big players are being swallowed up by the even bigger players. 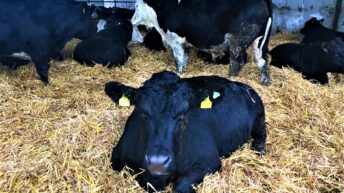