Dairygold Co-Operative’s operating profit amounted to €17.5m in 2016, despite a drop in turnover of close to €30m compared to the previous year.

Last year, Dairygold delivered a planned reduction in profit margin by “choosing to support its milk and grain suppliers”. This included paying close to €25m in milk price supports.

2016 reportedly represented a solid financial performance. This was against a backdrop of very weak returns from international dairy markets, especially in the first half of the year, according to Dairygold.

The co-op recorded a turnover of €756.1m in 2016 – a drop of almost €30m compared to the previous year. This delivered an EBITDA (Earnings before interest, tax, depreciation and amortization) of €39m – a decrease of over €2m on 2015 figures.

Dairygold continued with its capital programme during 2016, investing a further €15m in the business. This brought the total capital investment over the past six years to €200m.

This investment established a “state-of-the-art, sustainable” milk processing platform, across sites at Mallow and Mitchelstown in Co. Cork.

The investment is believed to have increased processing capacity by 55%; enabling farmer members to “fulfill their on-farm growth ambitions”. But, more importantly, the business can now leverage its investments in infrastructure to progress value-added commercial opportunities, Dairygold said.

Dairygold also strengthened its track record in building commercial partnerships with global food companies, with the announcement of the planned development of the new Jarlsberg cheese production facility.

This project will be carried out in partnership with Norway’s largest dairy processor, Tine SA. This investment is set to quadruple current Jarlsberg cheese production in Mogeely, Co. Cork.

The company’s commercial partnerships with global food companies have been an avenue to significant added value for the business, Dairygold Chief Executive, Jim Woulfe, said.

“We will continue to seek out strategic partnerships with leading global organisations that can leverage our best-in-class processing facilities to deliver more value-added production for the business.

Dairygold has successfully transitioned from the quota-controlled production era to the more volatile, expansionary environment.

“We are now following a very clear strategic path. We have built a first-class processing platform and realigned our organisational structure.

“We have invested in the people and capability and put the appropriate financing in place, to deliver on our value-added commercial objectives.

“We are now on the cusp of leveraging these investments to progress our future strategy. Dairygold’s strategic growth ambitions are now specifically focused on developing value-added nutritional opportunities, both through commercial partnerships and through acquisition,” Woulfe concluded. 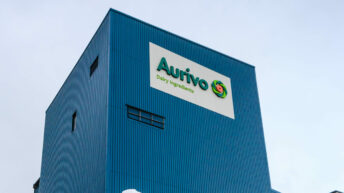