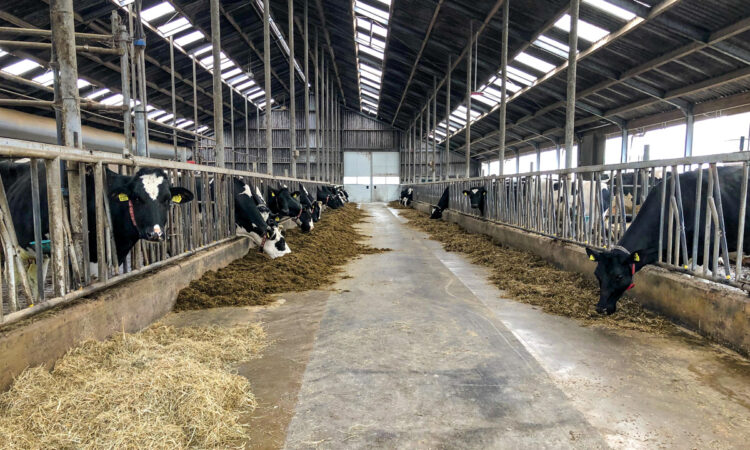 Farm Molenaar’s goal has always been to be self sufficient and maintain the same amount of labour and it has achieved just that.

As part of a Lely journey tour, AgriLand traveled to the Netherlands to see the performance of some fully-automated Dutch dairy farms.

During the tour we visited Farm Molenaar, run by husband and wife duo Marcel and his wife Carina.

Passed down through generations, Marcel took the farm over from his father-in-law back in 2008 when, at the time, there were only 65 cows on the farm and just 25ha of land.

Since then, they have grown the farm up to 100ha of land and are now milking 170 pedigree-Holstein cows through three Lely Astronaut A5 robots.

They wanted to grow the farm while still allowing Carina to keep her job. They felt that the only way to do this – and keep labour the same – was to automate.

“In 2016, my father-in-law began to take a step back from the farm. As a solution to this reduction in labour, we decided to invest in automation.

“We looked at different systems and – at the time – we were working with Fullwood, so we were considering them.

“However, during this time Lely entered the market with the new CowLocater.

“I really wanted to run the farm with one labour unit, so I thought this was the best option for us – to switch and go with Lely because of the CowLocator,” explained Marcel.

The CowLocater can be used not only for heat detection and health monitoring but it can tell you where a cow is located in the shed at any time.

“In November 2016, we started out with three Lely Astronaut A4 robots and just last year we switched to three Lely A5 robots,” said Marcel. 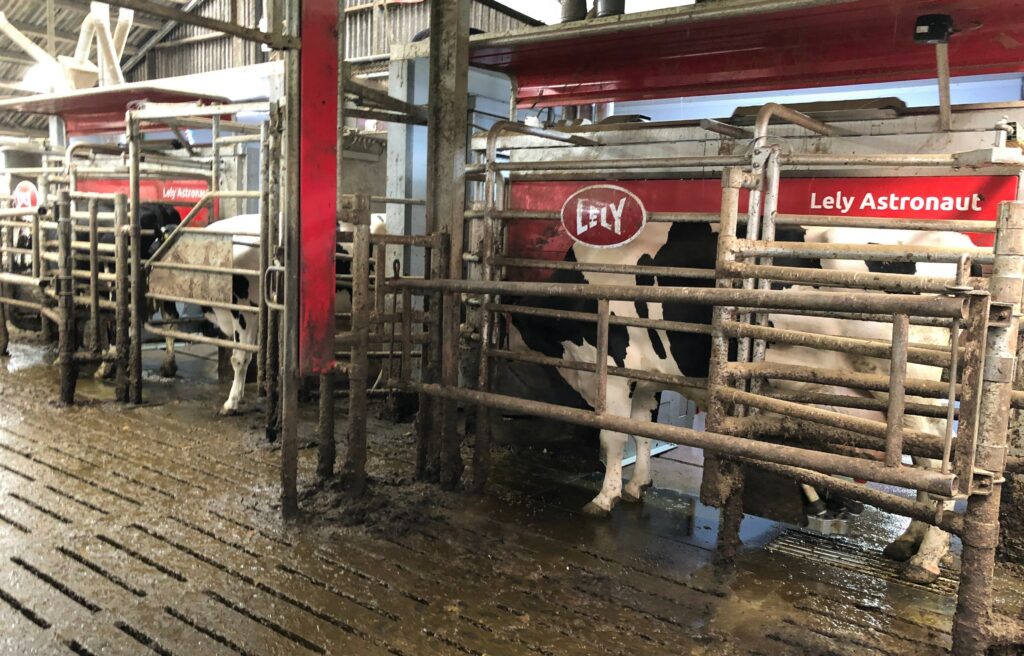 Explaining why they made the decision to switch to the A5 robot, he said:

“We had the CowLocater and Lely were interested in how the A5 would work with the CowLocater, so they made us a good offer and last March we decided to switch.

The switch was very exciting for us because the cows couldn’t be milked for a few hours, so we were really curious to how it would work out.

“The milk output went down by 1,500kg in those days, but then it picked up again and we got back to the same level of production. We are now one year on and we are very happy with them.”

The A5 robot is similar to the A4, but the difference is it has a faster milking time, it is quieter and it is more energy efficient.

“The big difference I see is that the first milking is much easier with the A5 than the A4,” highlighted Marcel.

To keep the work on a farm to a minimum and allow Marcel to complete the majority of the work himself, together with the A5 robots, a Lely discovery barn cleaner was installed. 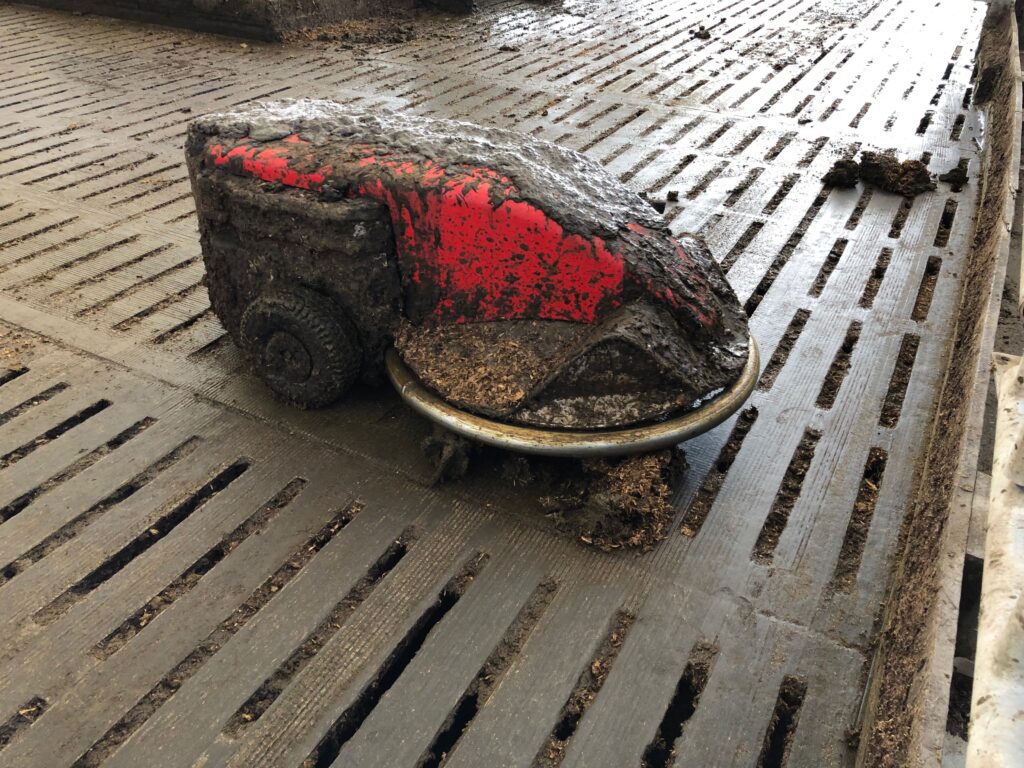 In addition, there are also two Lely Luna cow brushes and a Lely Cosmix P feed station – where the higher producing cows can go and get additional feeding.

The robots have allowed them to increase production through housing the cows all year round and by maximising the milk output from each individual cow – through increasing the number of milkings/robot.

The reason for housing the cows all year round, Marcel explains, is because “they have a better control over the diet of their cows”. 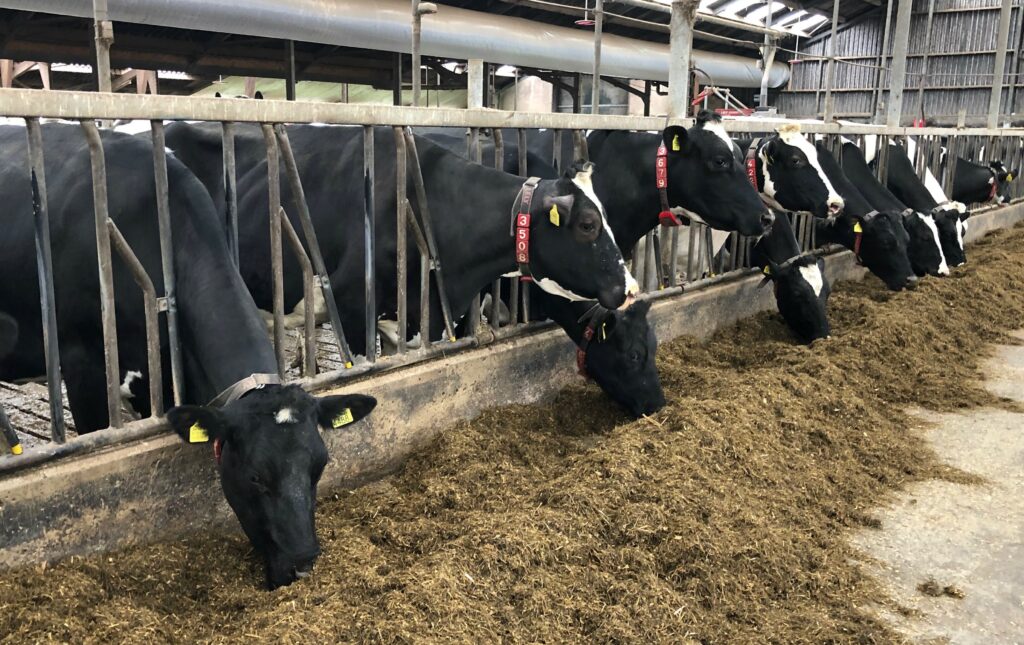 Marcel explained: “There are 1.5 labour units on the farm – myself and my wife – with Carina helping out when she can.”

When looking at the litres versus the labour on the farm, this can be worked out as one labour unit for one million litres produced by the farm.

This dairy farm is not much different to a lot of dairy farms in the Netherlands in terms of the diet that the cows are on.

In Holland, a typical dairy cow’s diet is a lot different to Ireland where grass makes up the majority of the cow’s diet in a lot of cases.

“At the moment, each cow is getting a mixture of 13kg of maize, 12.5kg of silage, 5kg of brewers grain and a mix of 2kg of rape, wheat and soya with 7.5L of water – which is fed out through a diet feeder. 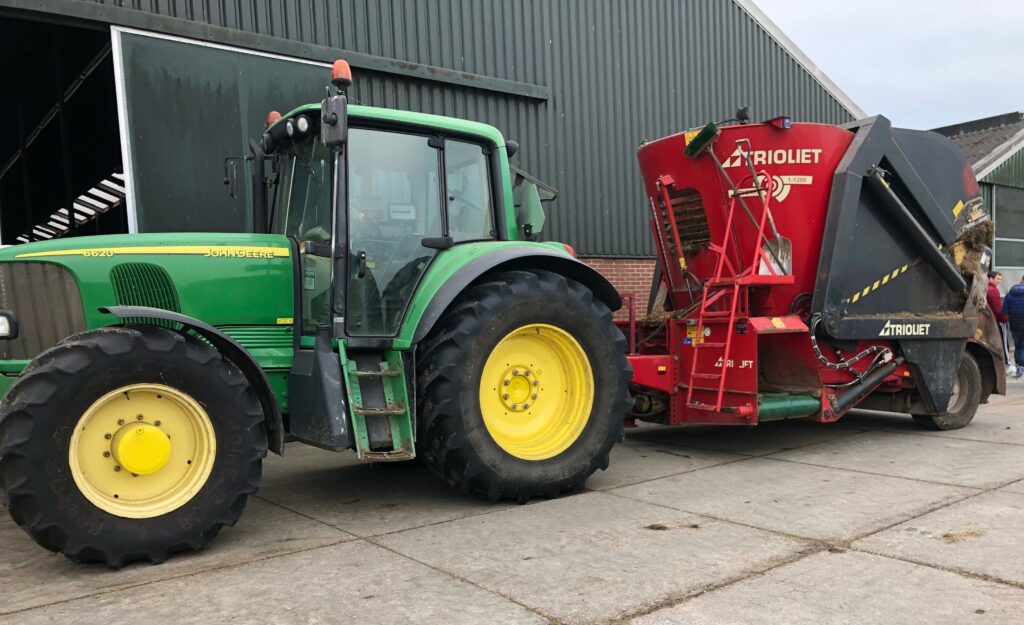 “Every two weeks or so I change the diet for the health of the cows. In the past, when you had cows out it was because people liked to see the cows outside. For some farmers it was more of an artificial thing to put cows outside for a few hours a day; for exercise,” he joked.

“Now, there is a new plan where you can get an extra c/L once you tick all the boxes and allow your cows out for a few hours a day. I recently signed up to this plan,” he added. 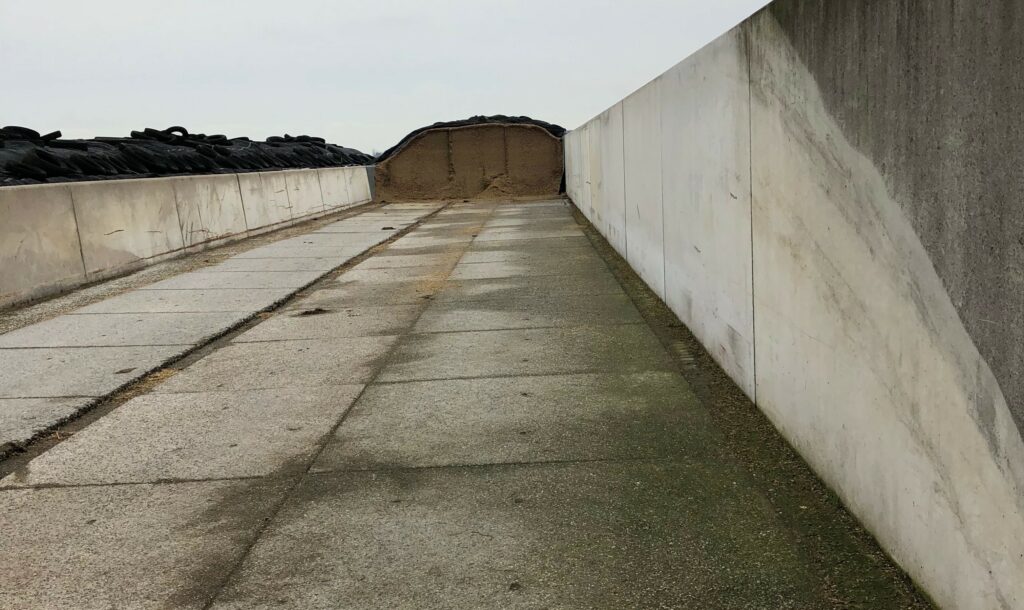 “All the silage is made on-farm with several cuts completed each year. Last year, we got six cuts of silage which all goes into the one silo, with an extra silo for any additional silage made.

“We are earlier with our cuts because we want a greater percentage of protein in the silage. The only thing that is contracted out on the farm is the sowing and the cutting of the maize,” explained Marcel.

Everything else is completed by Marcel, from the spreading of fertiliser to the cutting of the silage.

We want to be self sufficient and be able to do everything ourselves.

They recently purchased an additional 50ha which means they can now “spread all the slurry on those fields and we don’t have to sell any; this is what I think being self sufficient is.

“We didn’t want to lease land; we wanted to own land. So now our costs of production are high at between 33-34c/L.

“But, I feel with more pressure my achievements are better. That is why I have so many loans – for more pressure; then I am really performing,” concluded Marcel. 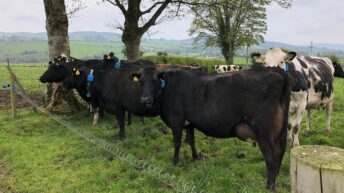