Dairy focus: Gearing up to calve a 300-cow herd in Co. Limerick 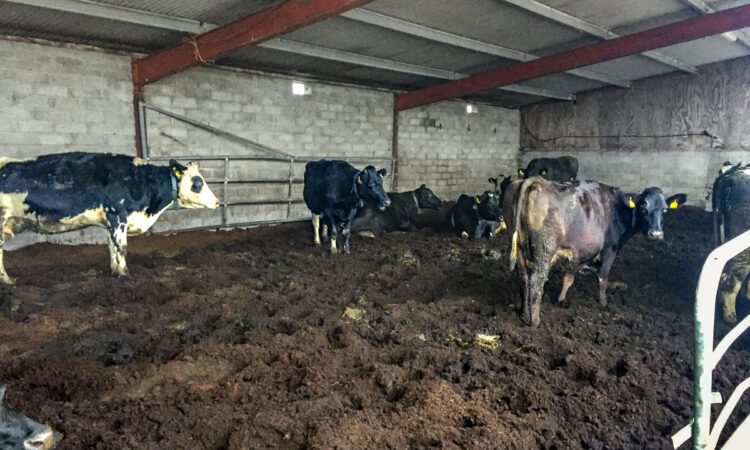 In addition, the farm is at an advanced stage of planning its new 50-cow rotary milking parlour, extra cubicles, feeding, calving and calf rearing facilities and an underpass, with construction likely to begin during 2019.

AgriLand recently visited the college to speak to it’s principle, Derek O’Donoghue about the changes and to take a tour around the farm to find out how the dairy team are gearing up for 2019.

Now, the focus of the dairy enterprise has changed. He said: “We’re going for a simple, low-cost, grass-based system.

There’s 500ac here, so we can increase the milking herd as well as the other enterprises. There’s also a 40-cow suckler herd and a 200-ewe flock here at the college.

He added: “The cow type we have now is more suited to the grass-based system we are operating now. Now, the main focus is on getting the most out of grass. The aim is to feed only 500kg of meal/cow/year.” 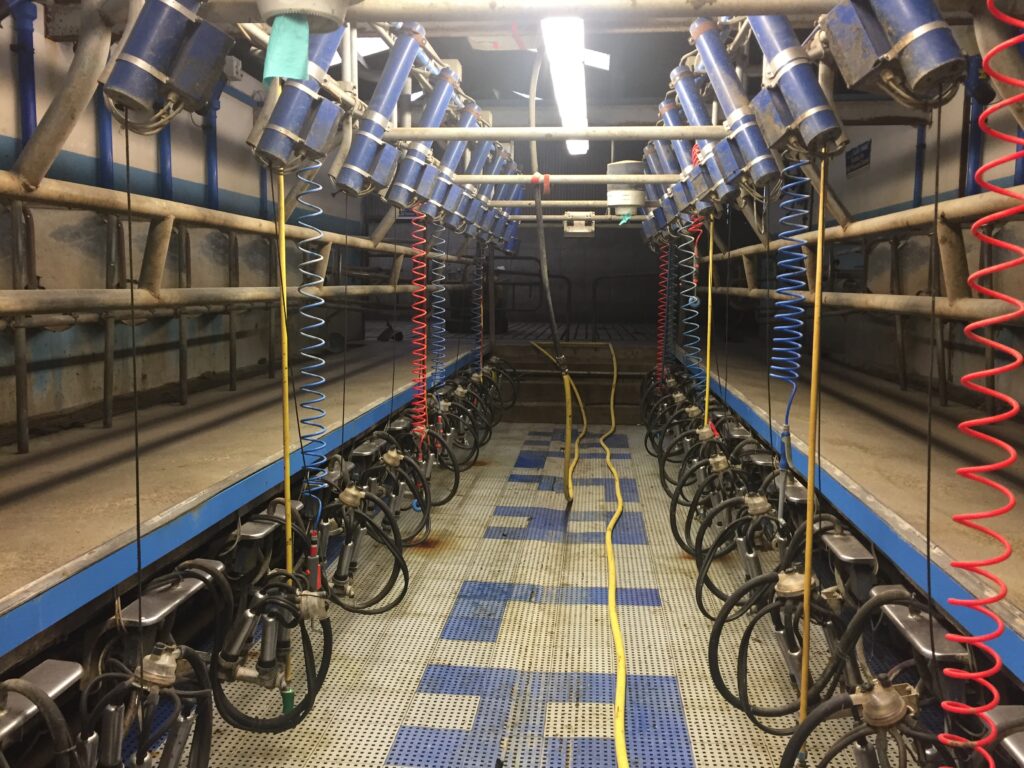 He continued: “It’s a commercial farm here so for the team doing the milking, a rotary will cut the milking time in half.

“The current milking parlour consists of a 12-unit double. It’s quite laborious for the milkers; each milking is taking nearly three hours.”

Continuing, he said: “270 cows were calved in 2018 and the plan is to go to 400 cows. That’s why the plan is to install a rotary parlour and new housing facilities to match the increase in numbers.

“We’ll pull out the bottom 10% of heifers in terms of Economic Breeding Index (EBI) from those 100. We won’t keep them as we want high EBI replacements – at least 10% above our average EBI – in order to keep improving the herd,” he added.

The current herd EBI is €150 and cows are producing 430kg of milk solids.

He hopes for the milk solids produced by each cow to increase as the herd matures.

Touching on the calving period, he said: “Calving is due to start on February 1, but there will probably be a few calves on the ground a bit earlier – around January 26; 89% of the cows will calve in the first six weeks of the calving season.”

In addition, “66% of the cows will calve in the first three weeks of the calving season.

“The majority of the herd will be calved by 10 weeks. Artificial insemination is used on the herd for six weeks using high EBI Friesian bulls.”

To help reduce the labour requirement during the busy spring period, once-a-day milking is practiced on the farm for the month of February.

“Cows are milked in the afternoon so that they are not lying on a full bag of milk all night. It works very well here. Cows might have less milk, but it helps them put on condition.”

“Every calf gets 4L of colostrum immediately post calving via a stomach tube. No calf gets colostrum from its dam.

“We have a store and thaw colostrum system which allows colostrum to be packaged in bags – each bag containing 4L – and frozen. Then, when it’s required, the system defrosts the colostrum.”

The replacement heifer calves are reared in four groups of 25 in special calf-rearing facilities. Each group is bedded on straw and has continued access to automatic milk feeders.

These heifers will stay here until they are about two months old when they are then weaned and turned out to grass during May.

The surplus calves are sold off the farm at two weeks old. However, 60 bull calves are contract reared off-farm.

“This is to keep things simple,” Derek said. “The calves leave the farm weaned and come back to the farm for their first winter. They are then finished – for beef – as 16-month bulls on a high-concentrate diet.”

Richard explained: “Cows were out at grass until December 6 and in total spent 303 days at grass during 2018.

Highlighting the advantage of the favourable grazing conditions experienced on the farm during late autumn, he said: “All paddocks were grazed down to a 4cm residual before closing with no damage. 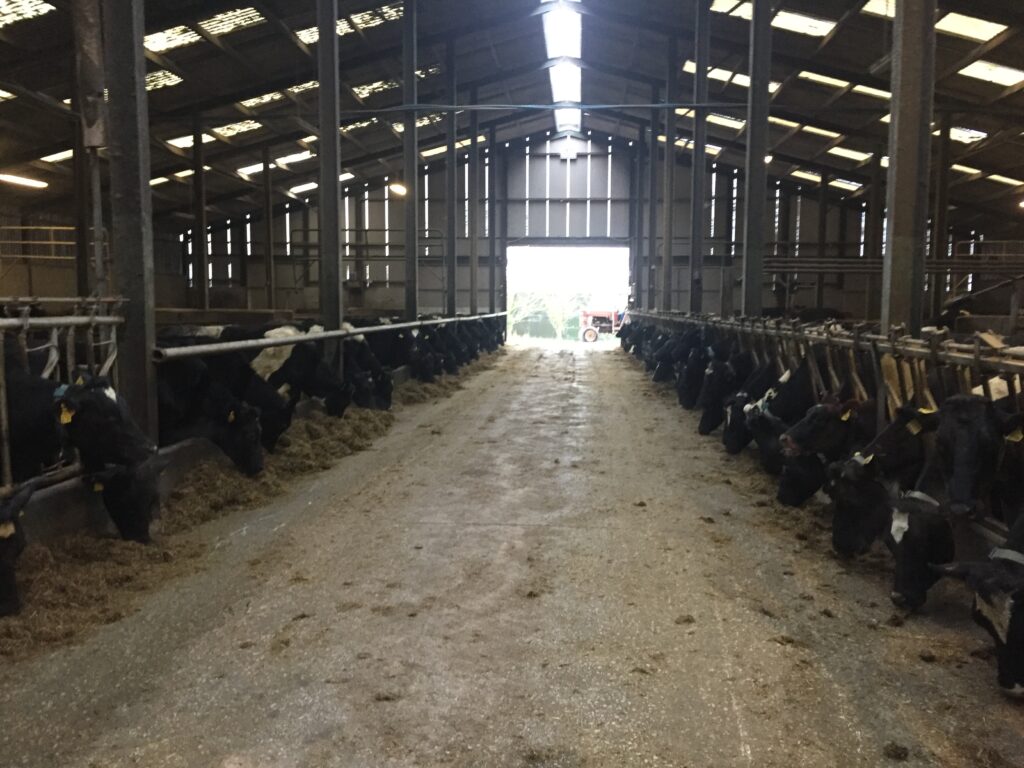 “Fertiliser will go out – once the closed period ends – at a rate of half a bag of urea/ac over the whole farm. This year we are using protected urea to reduce the amount of nitrogen lost to the atmosphere,” he explained.

He added, “this is important as it helps reduce the harmful effects of farming on the environment.”

“The target is to harvest first-cut silage in mid-May. We try to push stocking rates high to close as much ground as possible for silage,” he added.

He added: “On average, the farm grew 12t of DM / ha during 2018. Despite the drought, some fields grew over 16t of DM / ha. It was the heavier, wetter parts of the farm that grew a lot of grass during the drought.”

In the last two years over 100ac was reseeded.

“In 2018, some of the reseeding was done before the drought. It just sat there until the rain came, but it’s looking great now and will allow us to really push stocking rates and get the most from grass.”

Like many farmers around the country, the college’s dairy farm has used peat this year as an alternative to straw when it comes to bedding some of the dry cows.

Richard explained: “We put 26 cows on peat 10 days ago; it’s the first time we have used it.

“The peat seems like a good option. Around the feed passage, where there is a lot of traffic, might be an issue but it’s going well so far,” he added. 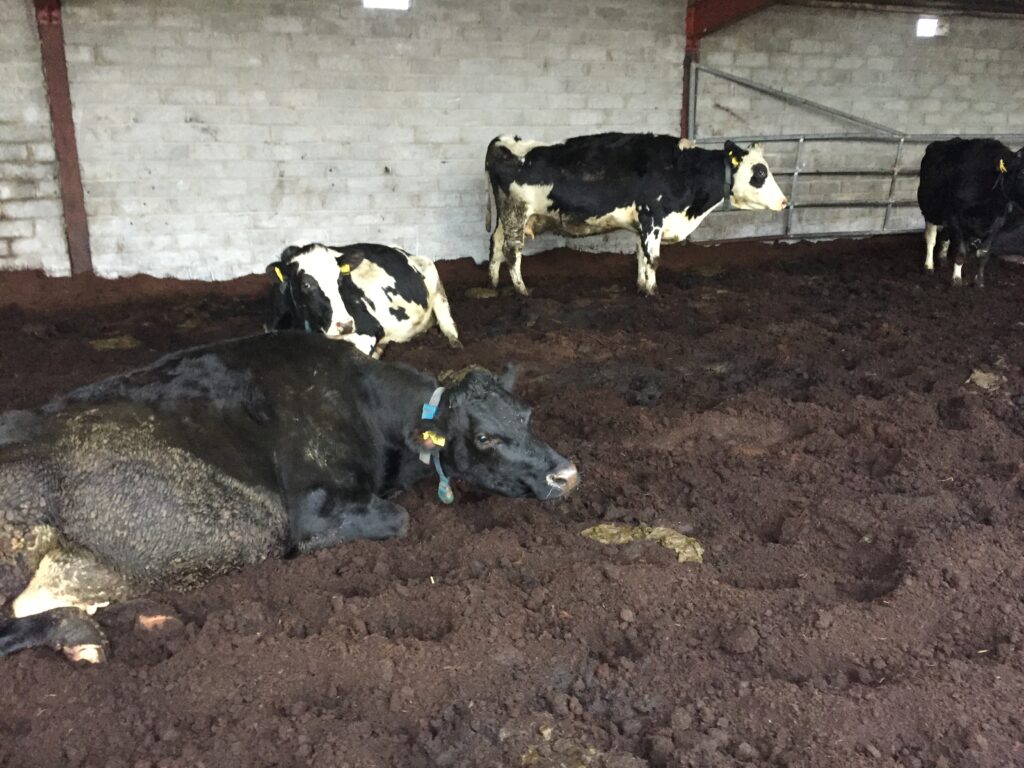 “The plan is to turn it and add fresh peat every three weeks. It’s an alternative option to straw and for the students to see it’s great,” he explained.

“The cows seem to be happy on it; they are comfortable and clean. This year, the dairy cows will calve down on the peat. So, it will be interesting to see how that goes.”

Using peat has also cut down on the labour requirements associated with bedding the cattle.

The farm typically uses one big square bale of straw each day during the winter to bed cows. But, with the peat, they plan to turn it and add fresh peat every three weeks which will reduce labour significantly.

Speaking about the drought of 2018 and the risk posed to winter fodder reserves, Richard explained: “We bought 40ac of wholecrop earlier in 2018 and we still have it.

“The plan will be to include it in the diet of the milking cow in addition to silage and meal. The way grazing conditions were so favourable at the back end of 2018, we were able to keep cows out for longer and used up less winter fodder in the process.

“We were pushing to have cows out at grass until the end of November, but we didn’t house them until December 6.” 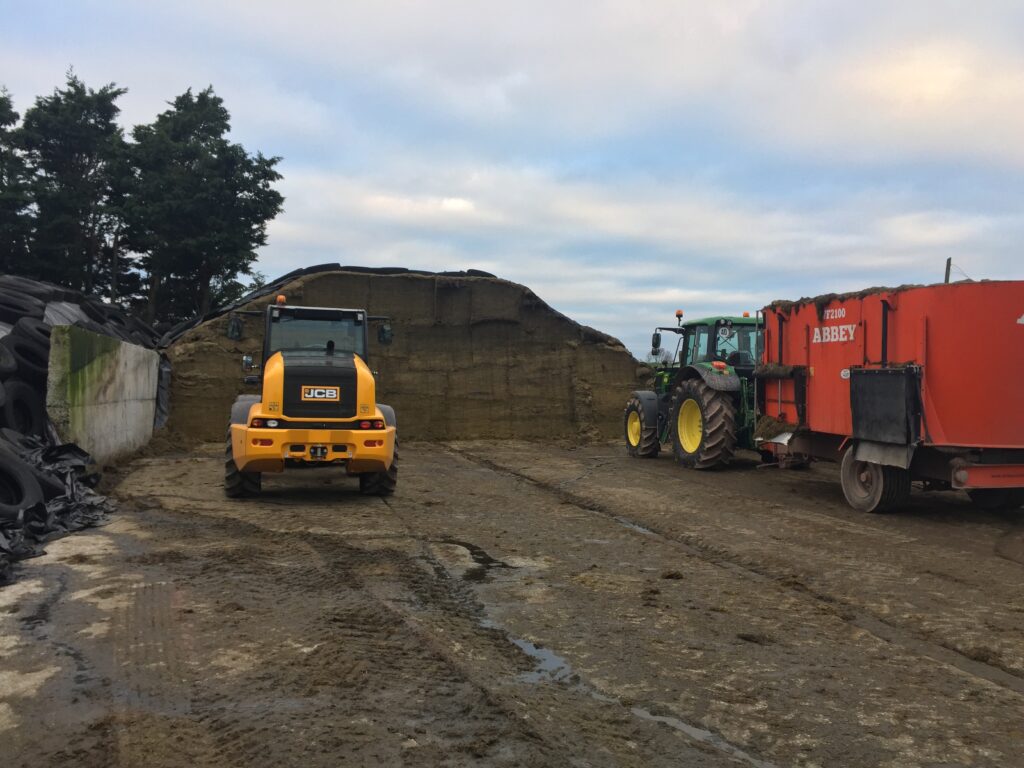 In addition, this year’s silage – on the farm – tested at 74% dry matter digestibility (DMD) and 16% crude protein.

“We have a near-infrared (NIR) machine, so we can regularly test silage quality as we move back through the pit. Especially in spring when the cows are milking off it; we know what they are getting.

“A contractor feeds all the stock on the farm. He also spreads the fertiliser, makes baled silage and carries out the reseeding on the farm. This significantly helps to reduce the workload on the rest of the farm staff team,” Richard concluded.

On February 28, the Salesian Agricultural College at Pallaskenry, Co. Limerick will host a farm open day.

On the day, there will be a number of tours around the college farm with individual stations on dairy, beef, sheep and mechanisation.

Here visitors will be presented with information on each enterprise as well as the range of practical training courses and programmes the college offers.

All are welcome to attend this event – in particular – any interested farmers and perspective students. 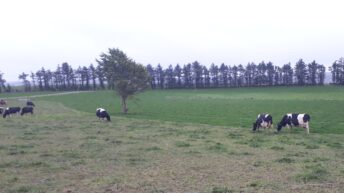