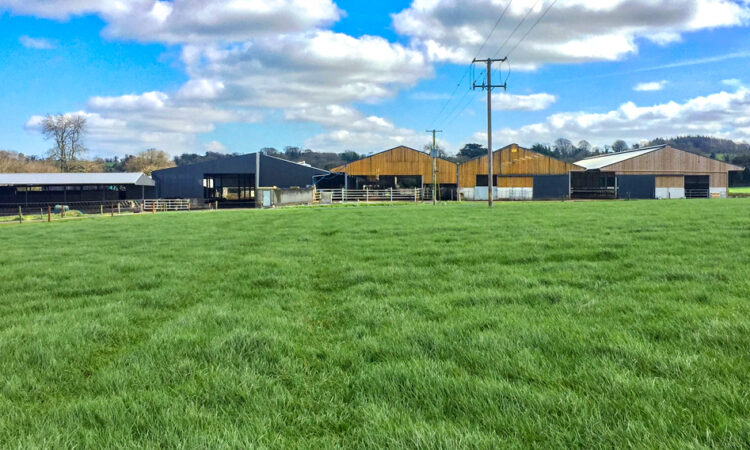 Located just outside Kilmessan in Co. Meath, Peter Farrell and his father David run a grass-based dairy farm with a huge focus on increasing milk output from grass utilisation.

Peter and his father have gone from strength to strength over the last number of years and since 2014 cow numbers have increased by a tremendous 166% – to today being on target to milk a total of 370 cows on the farm.

Previously the farm had a liquid milk contract, but just last month they “signed the dotted line” and have converted the farm to 100% spring calving. 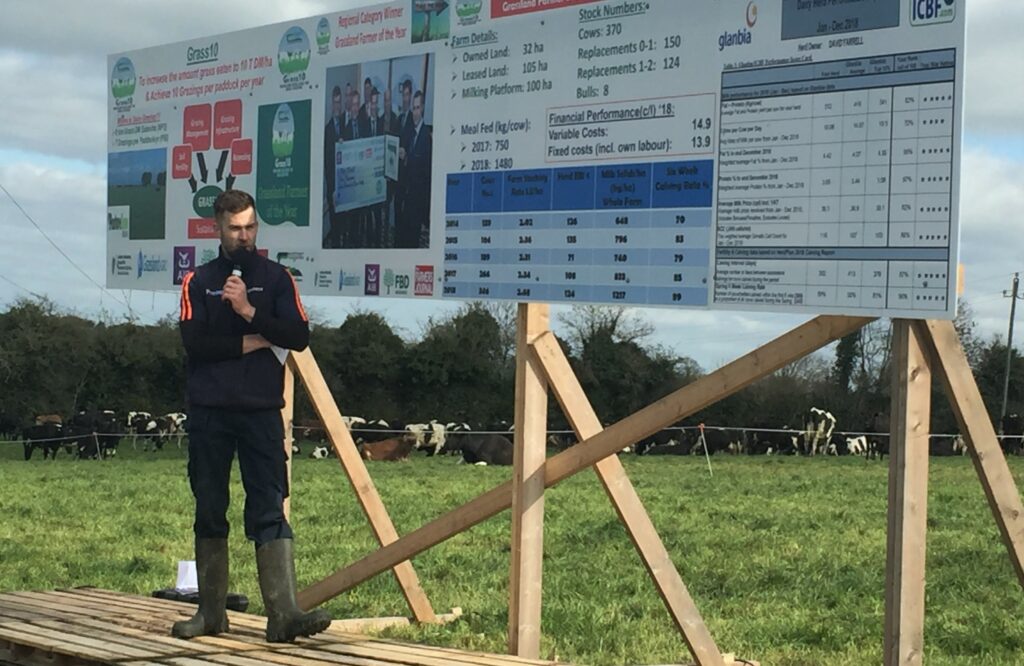 However, as Peter explained: “We probably bought in some of those milk solids through the meal lorry.”

The farm itself is excellently laid out for maximising the amount of grazings per paddock and number of days at grass. In 2017 they reached 305 days at grass and in 2018 they achieved 280 days at grass.

To accomplish this the farm has a fantastic network of farm roadways, drinkers, access points and fences – thus showing the importance of investing in good grazing infrastructure for high grass utilisation. 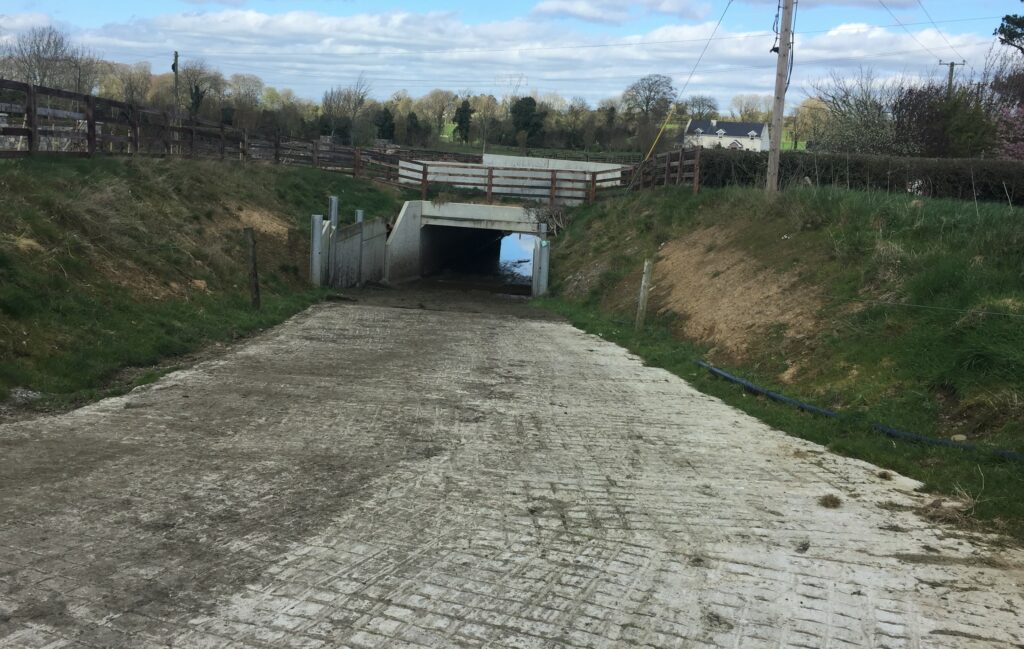 Not only was there an impressive network of roadways on the farm, the roadway surfaces were excellent. The roadways surrounding the yard were concreted and others were covered in an astro-turf surface.

Also on the farm there was an underpass. For some farmers, accessing the other side of the road to graze can be a daunting task – so it is usually avoided. This can have a knock-on effect in terms of hitting the target of 10 grazings per paddock for the year.

However, Peter and his father have minimised the amount of obstacles preventing them from reaching the maximum grazings per paddock.

Along with the grazing infrastructure, huge investments in reseeding have also been made on the farm.

Over the years, as more and more land was taken on it was reseeded. This meant that within the past 10 years 90% of the farm has been reseeded.

When it comes to reseeding Peter’s preferred method is direct drilling; so that he gets in, gets the job done and gets out as quickly as possible.

In one of his most recent reseeds Peter used a 50:50 mix of Abergain (tetraploid) and Aberchoice (diploid) – well suited to a grazing sward because of their high-quality parameters.

Some of the successful establishment of the reseeds on the farm is down to the farm’s overall exceptionally good fertility.

However, for potassium (K) the farm is at roughly the same level as the national average – at a 50% deficiency. The plan is to fix this deficit through the efficient use of slurry and through spreading potash at the end of the year.

Peter’s target was to have the first rotation complete by March 31, and start the second rotation on April 1.

However, after examining his first grazed paddock and seeing the cover on it (1,200kg/ha), Peter explained that his “plan is to start grazing this paddock by day and to finish the first rotation by night”.

Due to the high growth rates over the winter, when Peter opened the farm for grazing some paddocks had a cover of 2,000kg DM/ha on them and now these paddocks were up to a cover of 3,000kg DM/ha. 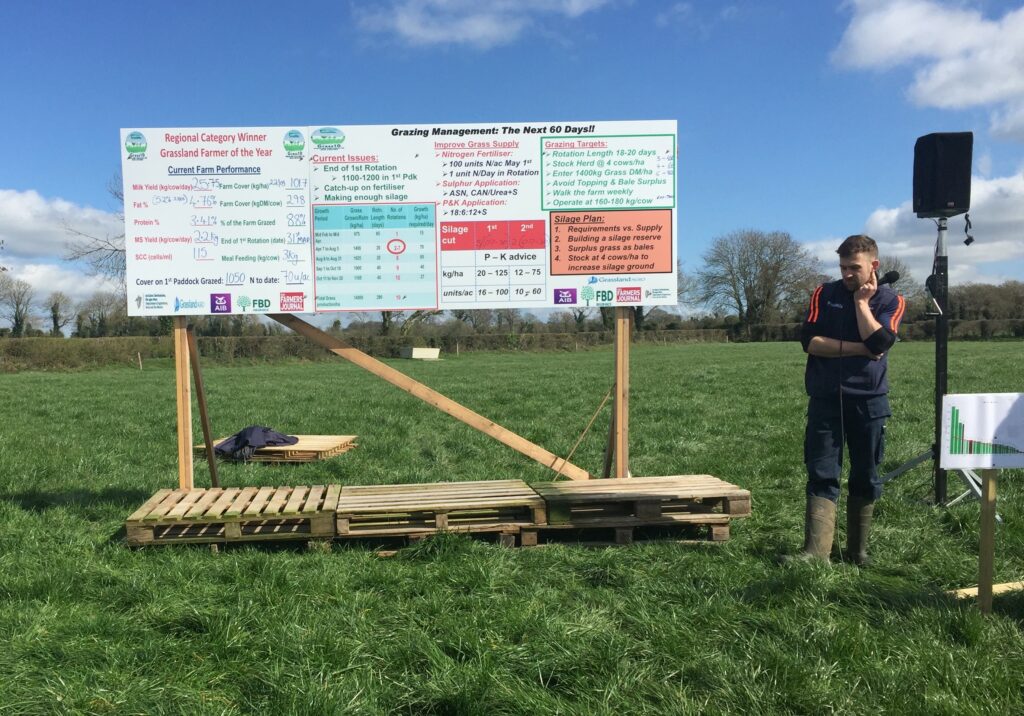 When asked how did they end up at such high covers, he said: “We needed a lot of cows to get through these heavy covers, so we had to wait until we had 80% to 90% of the herd calved, before we could tackle them. We were never going to get through the percentage of area grazed if we had grazed them first.”

Outlining his plan for getting through these covers, he said: “We won’t get through them with the cows alone; dry cows will be let out behind the cows to try and get through the area and after that we will start closing paddocks for silage.”

To date, 70 units/ac of nitrogen (N) fertiliser have been spread on the farm.

Speaking about his fertiliser plans for the rest of the season, Peter said: “We plan to use a unit per day for the month of April and May, then after the heading date we will be down to 0.7 or 0.8 units per day, so 20 units for the month.”

During the visit Peter also talked about his future plans to reduce the farm’s environmental impact. He said: “Our aim is to become more efficient with our N usage and reduce our usage by 30kg/ha for the year.”

Explaining the reasoning behind this he said: “To reduce costs was one reason and another was to reduce our greenhouse gas (GHG) emissions.”

To do this they plan to target a number of areas, which Peter highlighted: “We are going to avoid spreading fertiliser on any soiled areas in the paddocks, like the front of the paddock or where cows lie down on dung and urine a lot. These won’t be getting any N, P or K fertiliser. 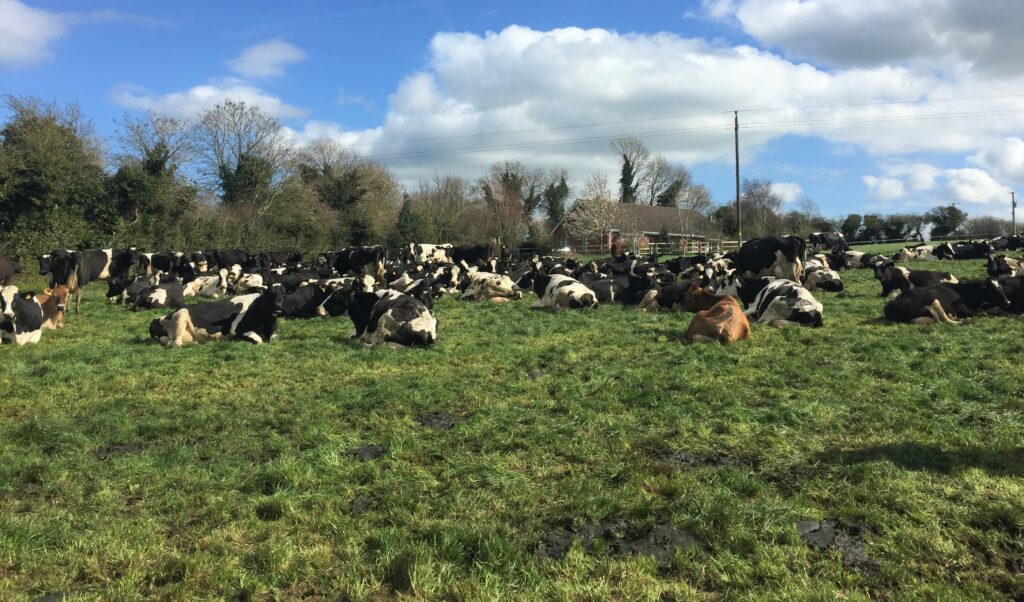 “We always find these are the areas that are hardest to graze out, so there is no point growing more grass where they don’t want to eat it.

“We have become more efficient with our slurry usage too. We don’t spread any slurry on second-cut silage because it goes to the dry cows, so we want it to be low in K.”

Instead the plan is to cover the milking platform with another round of slurry using a trailing shoe, which will “replace one round of N fertiliser”.

“We are going to be more cautious when we are spreading our N fertiliser in the spring time too. We will ensure that soil temperatures are up and that there is no heavy rain forecast before we spread.

“We’re not using CAN anymore either. We use urea, protected urea and muriate of potash and that’s the only fertiliser we will be using.” 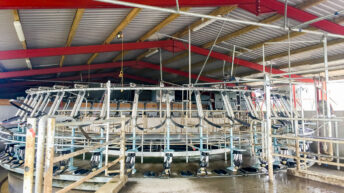