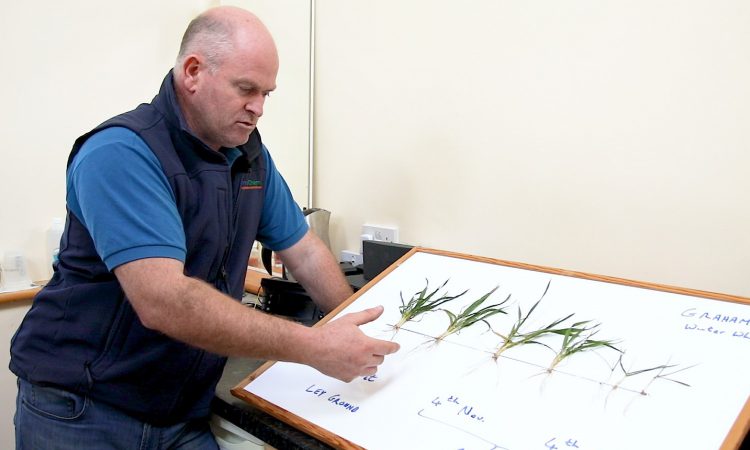 It’s been a difficult winter for cereal crops. In the first installment of this year’s Crops Watch on AgriLand, in association with Terrachem, John Mulhare is setting out a plan to strengthen these crops for the season ahead and reduce stress on the plant in an effort to maximise yield potential.

He describes his plans for winter wheat and winter barley in the videos below, as well as discussing the effects of a new product on the crop’s roots.

Looking at a crop of Graham winter wheat his focus was on roots. After such a wet winter he’s afraid of dry conditions coming along, as happened in 2018, and in order to help the plant reach its nutrient supply he is working on building up the root mass.

His method is to build an input programme around soil and plant health that will subsequently help to prevent problems, as opposed to a reactive programme that fixes problems as they happen during the season.

His first port of call will be Incite, which includes phosphite and pidolic acid. He plans to apply this in the next few days to help to boost the plant at the start of the season.

In the video below, John suggests applying Incite as far in advance of GS30 as possible to ensure that the roots can reach the nutrients and water supplies that they need.

He commented on research data that shows that an early application of Incite can result in 63% more roots and, where that’s followed up with Uplift three weeks later, that extra root mass can reach up to 93%.

The data showed that subsequent shoot growth can increase by 32% with Incite and up to 50% when Incite is followed up with Uplift.

John noted that the healthier the plant is, the better it is set up to give its potential output and fight problems.

Following on from the application of Incite, John will apply Broadway Star and Cameo Max to control grass weeds and tidy up any broadleaved weeds.

Advertisement
At this time he will add in Liqui-Plex MnZnB. He described this product as ‘a soup’ of 18 essential amino acids needed by the plant.

He also commented that while there is very little mildew in crops at present, where it is present, it might be worth putting out a low rate of Midas.

Moving to John’s winter barley, which was planted in the middle of October, he told viewers that Incite had been applied to the crop before New Years day. He is now ready to follow with Uplift and Liqui-Plex MnZnB.

The crop received its first nitrogen on March 20 and the ground had received farmyard manure last August.

John noticed that before the nitrogen had been applied there was only a small bit of yellowing on the tips of the leaves, which was primarily related to weather-induced stress.

The base of the plants were still quite green and healthy as the Incite had primed the plant to create more roots, find the required nutrients and help to reduce stress. He added that a longer primary root and more lateral roots will be produced.

On weed control, the crop received Firebird and DFF in the autumn and John is happy with how it worked, noting that the cold may have helped the residual to work.

He now plans to apply Ally Ultra – a mixture of Ally, Cameo and Boxer. It’s a simple approach that will be kind to the crop and will tidy up the odd groundsel and brassica weed that has come through.

Taking a more detailed look at the roots

In the video below John takes a more detailed look at the roots of the crop. 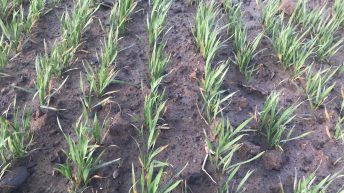