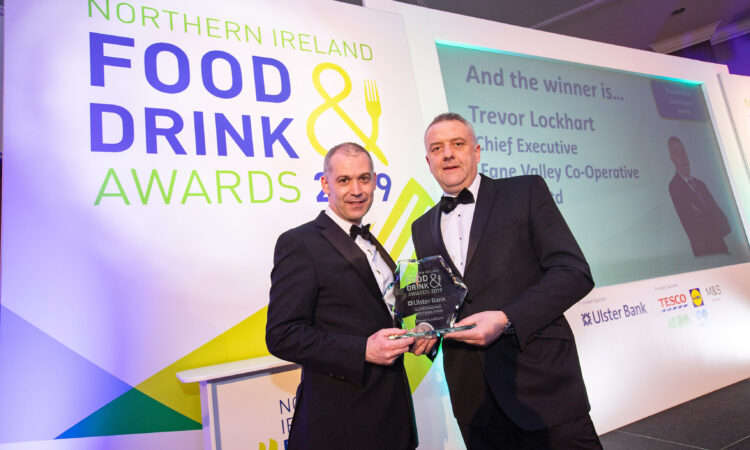 More than 400 guests turned out in style to celebrate the achievements of our leading food and drink companies at the 2019 Northern Ireland Food and Drink Awards.

A total of eight awards were presented at the gala ceremony, hosted by Jo Scott in the Crowne Plaza Hotel.

Held by the Northern Ireland Food and Drink Association (NIFDA) and supported by Ulster Bank, the awards are widely recognised as a crucial measure of commercial success for food and drink manufacturers and processors.

With major retailers, government officials and industry leaders in attendance, the event also offers local companies a unique opportunity to showcase their commitment to excellence in front of industry stakeholders and customers.

On the night, there were joint winners in the ‘Ulster Bank Best New Product in a Large Company’ category – Linden Foods for its 4 Lamb Loins with Honey Roasted Parsnips and Finnebrogue Artisan for Naked Unsmoked Back Bacon.

Mash Direct picked up the award for ‘Best New Product in a Medium Company’ for Beer Battered Onion Rings while Cloughbane Farm Foods won the Small Company category with its Spicy Lentil and Root Vegetable Casserole.

The Deloitte Service Sector Award was won by Gilfresh Produce, while the Department of Agriculture, Environment and Rural Affairs (DAERA) Agri-Food Supply Chain Excellence Award was presented to ABP for the Blade Farming Project.

“These awards are a wonderful opportunity to celebrate the sector’s achievements and to showcase those companies whose products are putting Northern Ireland on the map as a centre of food and drink excellence.

This is the 15th time NIFDA has held these awards and in the history of the event, we have never held it during such tumultuous times. However, this event is proof, if it were needed, of how resilient our industry is.

“On behalf of the association, I would like to pay a special thanks to everyone who entered and to our judges and event sponsors, as without their support this event would not be possible. Tonight’s winners should be rightly proud of their achievements and we look forward to celebrating their continued success.”

Nigel Walsh, director, corporate and commercial banking, Ulster Bank, added: “Food and drink is a core part of the Northern Ireland economy and it’s a fundamentally important sector for us at Ulster Bank.

“The energy, effort and commitment of all those who entered this year’s awards show that the sector has the talent and resilience to continue its growth and development.” 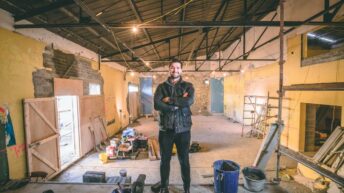