Country Crest closes the loop on ‘farm to fork’ 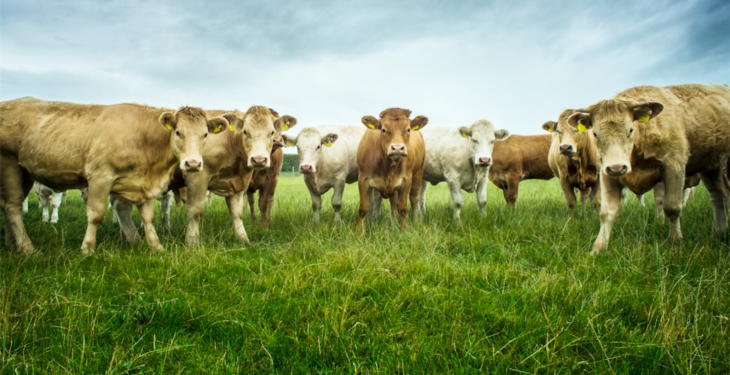 The Hoey brothers – the forces behind Country Crest – have gone from being fourth-generation farmers to epitomising the ‘farm to fork’ concept on a large scale in Lusk, Co. Dublin.

Michael and Gabriel Hoey, who grew up on their family farm in Lusk, head an agri food group that incorporates three businesses: Country Crest, farming on 3,200ac, a mix of both owned and leased land; Country Crest, a potato and onion packing business; and Ballymaguire Foods which specialises in chilled prepared meals.

The Hoeys were galvanised into action by the move towards washed potatoes in the early 1990s. They were working extensively with Fergal Quinn of Superquinn, and subsequently Tesco, when they began trading in Ireland, which led them into potato packing.

Having sold large volumes of potatoes and cabbage into the Dublin market from their farm, they wanted to add value to their produce. As well as washing their potatoes, they added branding to the product, with a view to building up customer loyalty. Country Crest was born out of that in 1993.

A new packing house for potatoes was built in 1998 to coincide with a major supply contract. In 2004, at a time when onion growing in Ireland was in serious decline, the Hoeys – with the backing of Tesco – decided to revive that market. They invested in a state-of-the-art onion drying and packing facility. This enabled them to supply both potatoes and onions to a number of multiples.

In the late 2000s, the decline in potato consumption and move towards prepared foods saw the Hoeys step into the chilled prepared meal market. Through the establishment of Ballymaguire Foods in 2008, they worked with the multiples, starting out with simple baked potatoes with cream or garlic butter filling and moving into soups and prepared meals.

With the horse meat scandal in 2013 having rocked the whole industry, the Hoeys decided to take the initiative. Rather than continue to rely on others’ credentials, they opted to reintroduce beef on the farm to close the loop on supply and quality.

With a 400-head heifer enterprise, they wanted to ensure a highly integrated business and satisfy the appetite for growing transparency in food production.

The Hoeys worked with Teagasc to build a high-welfare unit to stringent planning conditions, with a view to consistent beef production. The system in the shed, which accommodates 400 cattle, involves them being fed on slats and lying back on straw. The idea was to have a high-quality, fully-traceable beef product on which consumers could rely. The meat is sold through the family farm shop on Junction 4 on the M1 at Jones’ Garden Centre along with various other restaurants and retailers.

A total of 250 people are employed by Country Crest, which aims to supply clean traceable food in an environment that is completely sustainable and sympathetic with nature. A founder member of Origin Green, it has initiated a second five-year sustainability plan. The Hoeys have targeted a reduction in food waste and energy consumption, and have been successful in both, they said.

Their 800kW turbine produces approximately 55% of the farm and site’s electricity needs. The company uses all green-derived power. Over the next five years, it plans to become completely self-sufficient in producing its own green energy through wind, solar, and an anaerobic digester.

Between 2012 and 2016, landfill waste was reduced from 90t to 15t. It is hoped the site will have a zero waste to landfill policy within the next 12 months. Last year 310t of dry recyclables were recycled.

Biodiversity is a key consideration with a wildlife habitat constructed. A total of 3,000 native Irish trees have been planted including: oak; ash; mountain ash; alder and hawthorn. Beekeeping is another project, with 70,000 bees on-site. An area of nectar and pollen-rich plants and grasses, as well as an Irish heritage orchard, has been planted. 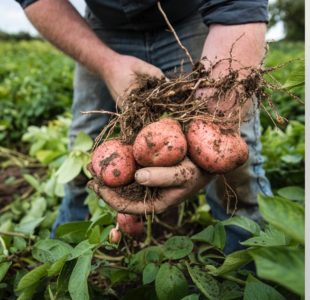 Social responsibility is part of the ethos, with the company assisting growers’ projects in Haiti, Lesotho and Ethiopia. At home, charities supported include Crosscare, which distributes food to the homeless. Local community support is also provided, ranging from a local GAA team to local charities.

It has been a difficult year, with an extremely dry spring, early summer and wet back end – affecting the onion crop and hampering harvest, with 40% of the potato crop and 30% of the onion crop yet to be harvested. However, with a strong tradition, state-of-the-art facilities and modern machinery – incorporating GPS – the Hoeys remain upbeat about their growing enterprise. 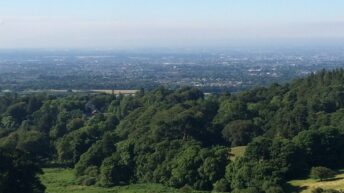 Urban farming in a developer’s paradise: enjoying the best of both worlds