The Dairypower Slurry Aeration System is now established as being the most cost-effective and environmentally friendly method of keeping slurry in a homogeneous pumpable state that is always ready to spread.

The system introduced to the Irish market in 1998 is now established as a market leader in Ireland with almost 1,000 systems in operation.

The Dairypower Slurry Aeration System is approved by the Irish Department of Agriculture and Dairypower installed a system for 16 slurry tanks in the Teagasc research farm (Government farm) in Johnstown Castle, Wexford.

The successful performance of this system resulted in a further installation at their farm of a system to mix a further five tanks.

The Dairypower Slurry Aeration System was introduced to the export market in 2009, with hundreds of systems already installed in the UK, France, Czech Republic, Russia, Ukraine, Algeria, Israel, Cyprus, Asia and the United States.

The system is relatively simple because it employs a low energy consumption electric motor and roots blower pump, electric rotary valves and sdf-closing neoprene non-return outlet valve. All the piping is 50mm class D uPVC which neither corrodes nor degrades.

Working on a time switch, the system is fully automatic and would typically run for three to four periods each day without any need for human intervention. Furthermore, the running costs have been shown by independent evaluation to be as low as €1/day.

The introduction of air into the storage tank has three main effects on the slurry:

In the event of a tank being neglected, the slurry aeration system installation is perfectly capable of mixing heavily crusted slurry. The Dairypower Slurry Aeration System can be installed in concrete tanks, slurry stores and lagoons.

The electric drive unit is designed for a long and trouble-free life with low noise level. The roots blower pump is protected by a suction filtration system, helping to extend the lifetime of all components.

The system operates on a high volume low pressure basis (5 PSI approximately) so the smooth operation does not disturb the animals. Adjustable air pressure makes it possible to optimise each plant to actual conditions. 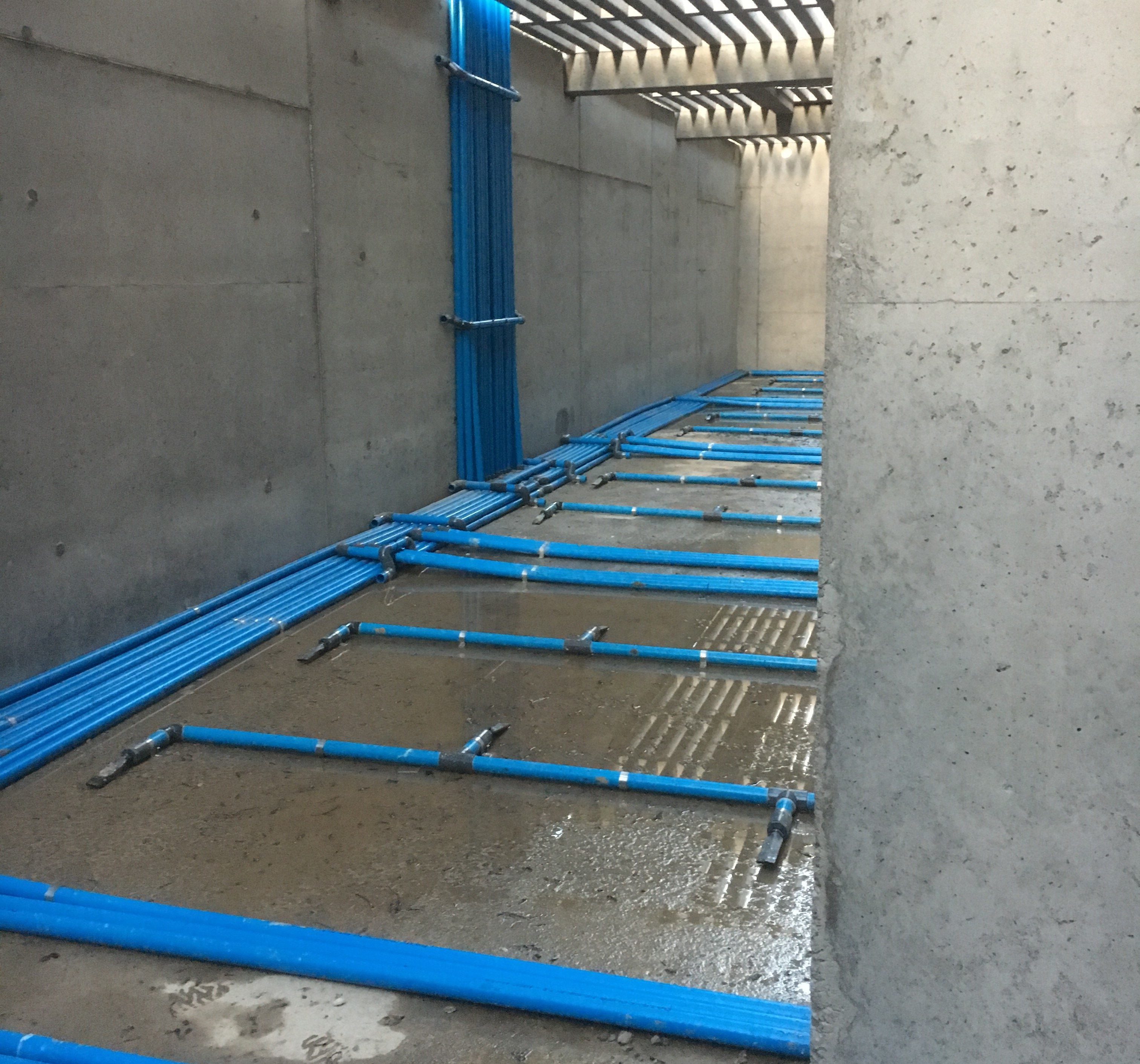 Each supply pipe feeds an outlet-branch which has self-closing neoprene non-return outlet valves which open when the air is supplied from the pump. 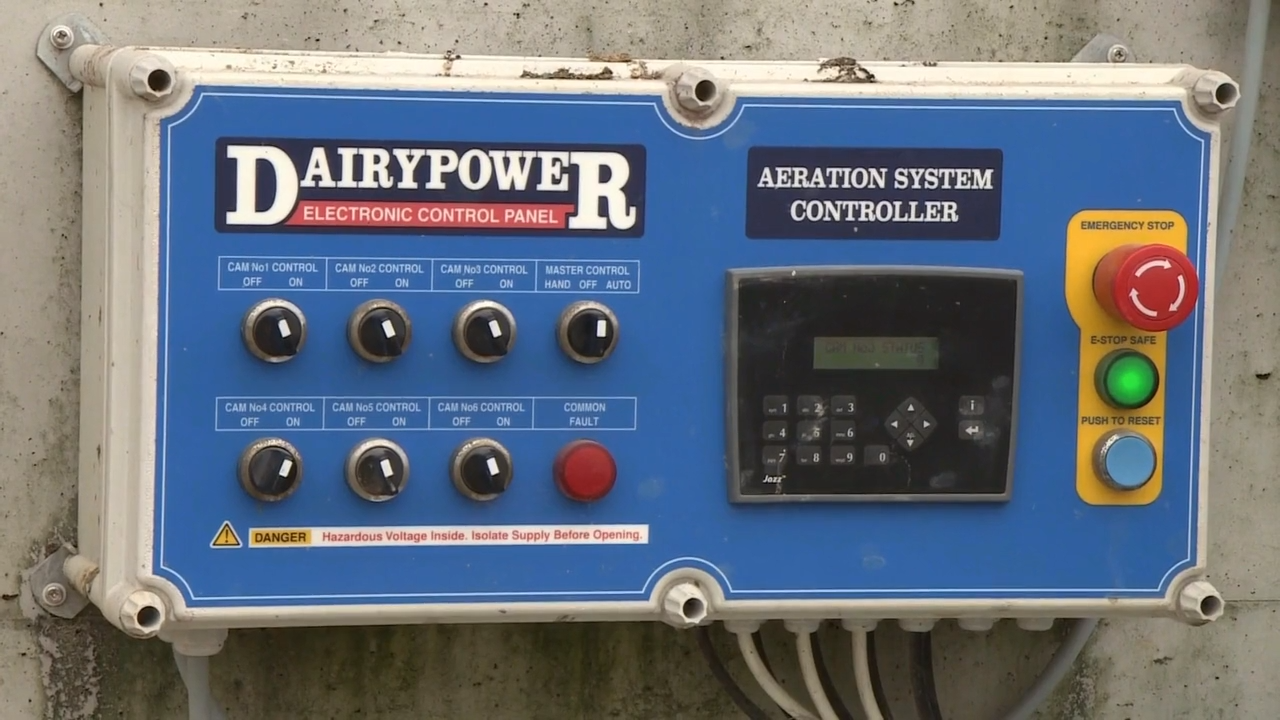 The control box has a manual and automatic control. The automatic function is controlled by a 24-hour timer. Each rotary valve has its own on/off switch for flexibility.

The blower pump supplies air through a manifold to the rotary valve which in turn distributes air through the 50mm uPVC piping to an outlet-branch which aerates a section of the slurry tank for a set period of time.

The rotary valve then simply rotates to distribute air to the next outlet-branch and continues in sequence until the entire tank is aerated.

If you would like to organise a free demonstration, or if you would like additional information about any of Dairypower’s services and products, phone: 021-438-3100; or email at: [email protected]; or go online to: www.dairypower.com.