Scientists in Co. Cork have made a breakthrough in making cow’s milk in infant formula more suitable for babies. This is done through modifying the fat to be more similar to the fat found in human breast milk.

The development was made by scientists at Teagasc and Food for Health Ireland (FHI), an Enterprise Ireland Technology Centre.

Commenting on the matter, the principle investigator at the Teagasc Food Research Centre in Moorepark, Dr. Sean Hogan, said: “What we developed is a human milk fat substitute that goes a significant way to reflecting human milk fat – but that includes a high proportion of milk fat from cow’s milk and also which tries to minimise the amount of palm oil in it.

“What we’ve done is we’ve blended some of these ingredients together and modified them with a particular type of enzyme, lipase enzyme, to give an overall total fatty acid compostition similar to milk.”

Hogan added that the structure of these milk lipids is closer to human milk than normally present in formula products based on vegetable oils alone.

“There’s a desire on the part of a lot of the big companies now to either use sustainably-produced palm oil or reduce the amount of palm oil that they’re using because of the environmental issues like deforestation etc.”

Palm oil production has been earmarked as an environmental issue by the World Wildlife Fund (WWF), which notes that large areas of tropical forests and other ecosystems with high conservation values have been cleared to make room for vast monoculture oil palm plantations.

However, Hogan stressed: “Palm oil still remains an important part of the process; because, it is a good source – probably the best source of all – of palmitic acid.

“Palmitic acid, when it is present in human milk, is positioned in the middle position of the triglyceride model and it is unusually high in human milk – having so much of the palmitic acid in that position.”

The principle investigator noted that this positioning “helps in terms of absorption of the palmitic acid itself and it also helps to avoid development of soaps and so on in the digestive system of the infant, which can cause constipation, blockages, loss of calcium absorption etc”.

“Human milk fat is designed by nature to maximise both the energy and calcium absorption for the human and that can’t always be reflected by blending vegetable oils in infant milk formula. So, by changing the structure in this way we help to solve some of these problems.”

Commenting on whether this breakthrough would have an effect on the Irish dairy sector, Hogan said: “We would hope that it would increase the marketing possibilities for milk fat – that it will offer another stream for the use of milk fat other than the traditional ones in terms of butter production or inclusion in the production of cheese-making or home milk, cream and so on.

We’re hoping that it’ll help to develop another option and another value stream for Irish milk ultimately. 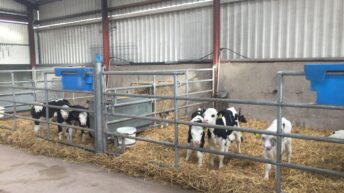