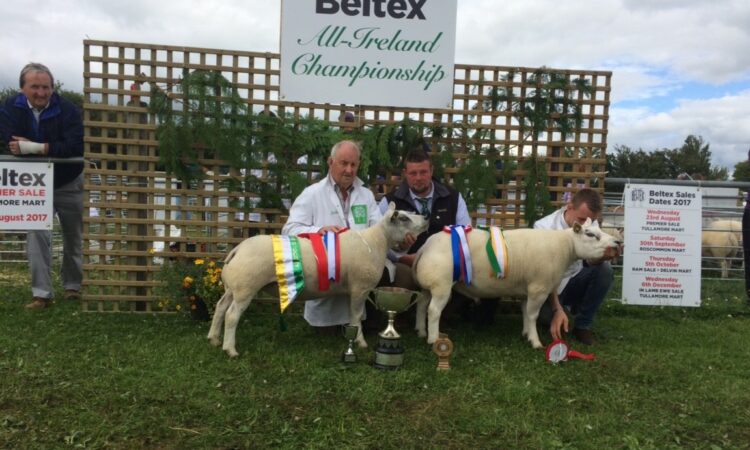 Beltex breeders will be on high alert this coming weekend following the announcement of a clearance sale of a multi-award winning pedigree flock.

Well-known flock Boherawillin Beltex is due to hold a full clearance sale this coming Saturday (September 8) in Tullamore Mart.

Due to kick off at 12:00pm, the sale offers a “fantastic opportunity” for any young person, pedigree breeder or commercial farmer who just wants to buy a good ram, according to the owners.

Buyers will have the chance to bring in some “really good old bloodlines, some of which are no longer available and have taken 20 years to perfect”, the breeders added.

The flock has claimed the All Ireland Beltex Champion title five times as well as Reserve Champion twice.

The breeders have seen success at the Tullamore Show also, particularly in 2016, when the flock won all categories including Champion and Reserve Champion. 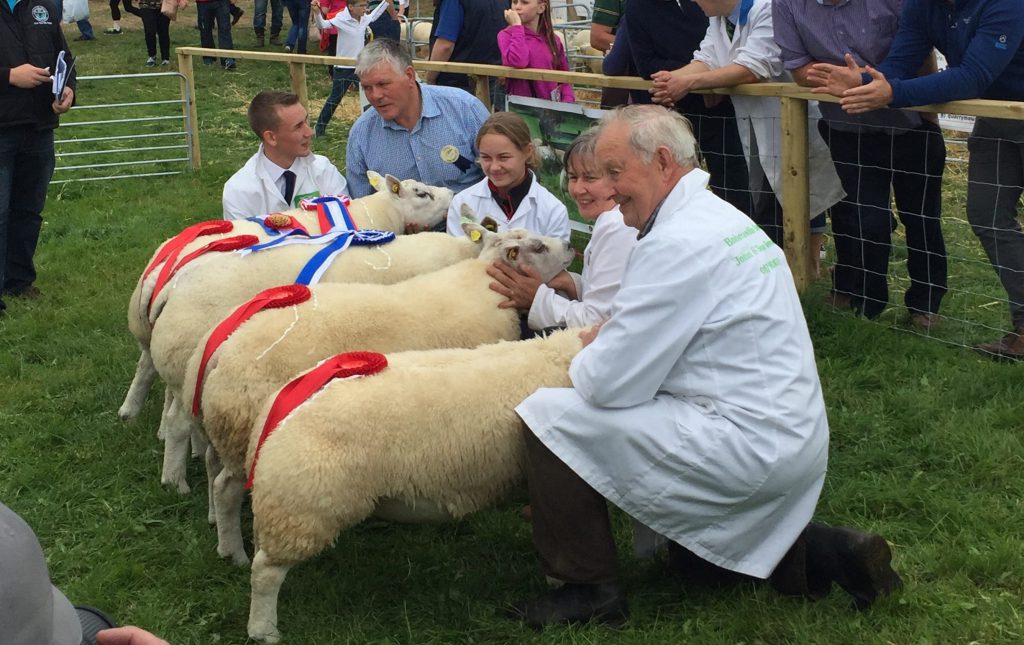 During the sale, a number of giveaways will also be happening on the day with €1,000 of prizes up for grabs, organisers have promised.

The Boherawillin flock was established in 1996 by John and Breeda Browne who that year travelled to Belgium along with four others and imported the first Belgian Beltex into Ireland.

Following multiple trips to Britain and Northern Ireland, the foundation of the flock was built and has expanded since then.

In recent years, responsibility for day-to-day management of the flock has been assumed by John’s grandson Sean.

According to the Brownes, the reason for selling is two-fold.

Due to other commitments, the family can no longer commit the necessary “time to do justice to the pedigrees in both breeding and showing”, having not shown sheep for the first time in 20 years this year.

The family has also changed direction in enterprise, having begun using its own commercial lambs in its Westmeath-based restaurant, with intentions to get into home-produced beef in the future.

Steady as she goes for spring lamb trade