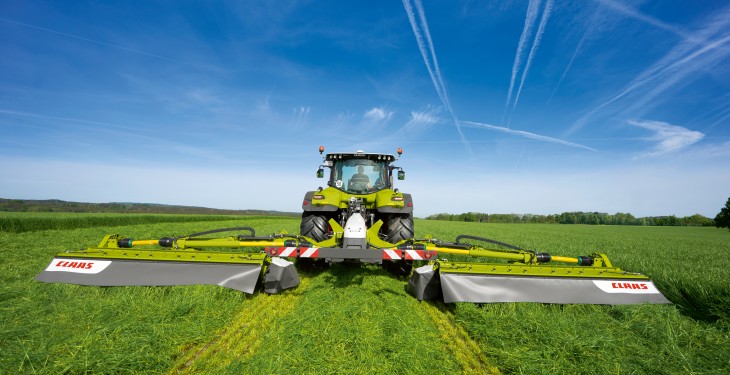 Claas has added six new disc mowers to its range for the 2016 silage season, with a number of models available for contractors and farmers.

One of the new models, the Disco 1100C Business, is the widest mounted mower combination available on the market with a working width of 10.30m, according to the company.

It says that this model will appeal to contractors and larger farmers, but it has also launched new mowers aimed specifically at farmers.

All of the latest models feature the new Max Cut disc mower bed, which the company launched last year.

It says that the new cutting bed allows the discs to be mounted further forward, resulting in a greater overlap between the blades and an enlarged cutting area, leading to an improved cut.

Along with an improved cutting bed, the Disco 1100C mower has an adjustable working width, the company reports.

The two rear mounted units are fitted on telescopic arms, allowing the working width to be altered from 9.4m to 10.3m, when used with the Disco 3200 Profil front mower.

This allows for greater overlap with the front mower when cutting across hills or when turning around corners.

The adjustable working width also allows the operator to reduce the overlap when working in straight lines. For transport, the telescopic arms allow the mower to be folded down to below 4m in height and 3m in width.

According to Claas, the PTO speed can also be reduced from 1000rpm to 850rpm to save fuel when cutting lighter crops.

Claas has also launched a new range of smaller mowers suitable for farm use.

According to the German machinery manufacturer, the Disco 3150 and 2750 models are designed for users looking for straight-forward mowers that are easy to operate and can be used on smaller tractors.

These mowers have working widths of 3m and 2.6m respectively.

The company also says that the Disco 3150 and the Disco 2750 are fully mounted and can be available either as a straight mower or with a metal-tined conditioner.

The smaller mowers also feature a simple spring suspension system, which ensures that the mower follows the ground contours accurately. 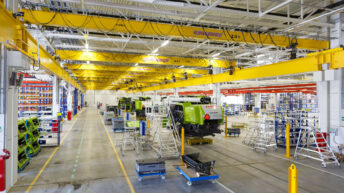 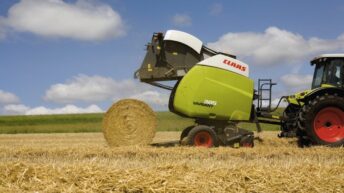