The Citizens’ Assembly has voiced overwhelming support for a tax on greenhouse gas emissions from agriculture, with 89% of members voting in favour of the recommendation.

The recommendation, voted on in Dublin this afternoon follows two weekends of lengthy deliberations on: ‘How Ireland can become a leader in tackling Climate Change’. It states: “There should be a tax on greenhouse gas (GHG) emissions from agriculture.

“There should be rewards for the farmer for land management that sequesters carbon. Any resulting revenue should be reinvested to support climate friendly agricultural practices.”

A total of 13 questions appeared on the ballot paper; focusing on the energy, transport and agriculture sectors, international best practice and existing national policies and activities.

The recommendations will now form the basis of a report for submission to the Houses of the Oireachtas.

A spokesperson for Minister for Agriculture, Michael Creed, said the minister “has noted” the result of the assembly.

“Ireland’s agri-food sector is committed to meeting the challenges posed by climate change and carbon reduction.

“We are the most efficient producers of dairy in the world; and fifth most efficient beef producers in the EU. We continue to strive for improvement and we are investing hundreds of millions through the department’s Rural Development Programme in agri-environment schemes; such as GLAS, BDGP (Beef Data and Genomics Programme) and our innovative locally led initiates,” said the spokesperson.

Thomas Cooney, chairman of the Irish Farmers’ Association (IFA) environment and rural affairs committee, said introducing such a tax would “rip the heart” out of rural Ireland.

Speaking to AgriLand Cooney said: “Existing carbon tax measures have done nothing for emissions. This move would do nothing for rural Ireland except the damage its fabric.

The water protests would pale in significance if the government moved to take this recommendation on board.

“Transport has gone out of control and there is no talk of extra taxes on them. Irish farmers are the most efficient in the world at producing food; it would make absolutely no sense at all to hit farmers with an emissions tax; it will just rip the heart out of rural Ireland.

The carbon tax was introduced in 2010; and since 2011 overall national greenhouse gas emissions have actually increased by 4%.

“There is no evidence that Alan Matthews’ suggestion to expand this tax further by imposing a second carbon tax on agriculture would have any positive environmental effect in practice.

“Our suckler cow sector plays a vital role in the sustainability of so many rural communities and businesses across the country. We need to improve returns for suckler farmers not obliterate them, particularly for farmers in rural areas that are dependent on this enterprise for their livelihoods,” he said.

IFA and farmers are conscious of the need to play our part in addressing climate change; but, a second carbon tax would be the wrong approach.

“Agriculture already has significant initiatives in place and agricultural emissions have fallen by 6% since 1990; while our output has increased by over 40%. However, transport’s greenhouse gas emissions are now out of control; having increased by 130% over the same period,” he concluded.

The Citizens’ Assembly is a body of 99 citizens, chosen to be broadly representative of the state’s population, formed to deliberate on key issues in the Constitution.

Other recommendations were made by the assembly include: 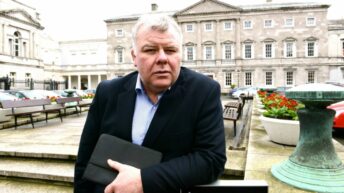 Calls for farmer tax on agri-emissions slammed by Fitzmaurice