Changes to price structure at some NI beef plants 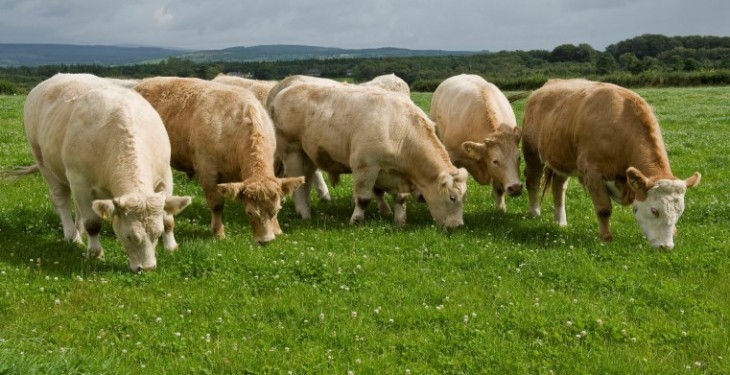 Some of the major processors in Northern Ireland have now indicated that they will be making changes to the pricing structure for prime cattle this week according to the Livestock and Meat Commission.

“Late last week, a state of flux emerged in the beef trade with reports of changes in some factories’ pricing policies from next week. This follows recent correspondence from some plants to their suppliers notifying them of forthcoming changes,” it said it its latest bulletin.

These plants indicated that they will be incorporating the existing 10-14p/kg bonus into the base quote and amending deductions for cattle that do not meet specification.

Several plants notified LMC at the end of the week that they would be quoting an all in all price of 338/340p/kg for in-spec cattle. Out of spec cattle would be subject to deductions from this price. On Friday, some other plants were continuing to quote 326p/kg with a separate 14p/kg bonus for early next week. Some others were not quoting at all, perhaps waiting to see the impact of these changes. With some plants quoting an all-in price and no longer using a base price / bonus system, this raises questions over wider pricing policies.

For example, the in-spec bonus was reserved for E, U, R, 3, 4-, 4=, O+3 grades. The LMC commented: “Now it would appear that in those plants paying an all-in price, this higher price will be the base for all cattle, effectively meaning an increase in the price of out-of-spec grades, relative to the price of in-spec grades.”

It added: “Likewise, this has implications for the pricing of young bulls which were usually offered the base price and hitherto did not qualify for the bonus payment. It remains to be seen how young bulls will be priced under such arrangements.

“Similarly, the basis for pricing premium cattle such as Angus, Hereford and organic was also the base price (excluding bonus). It remains to be seen how these changes will affect the pricing of premium cattle at the plants concerned.”

The LMC says the processors have outlined that the proposed changes to the pricing structure are an attempt to reduce the number of out of spec cattle coming forward for slaughter and thereby maximise the proportion of cattle that fulfil the specification of the higher value retail and food service markets.

It said: “We would encourage producers to contact procurement staff at each plant to establish the best market for each animal. With differences in specifications and the application of penalties, producers should consider all market options for their stock, including all of the NI abattoirs, secondary processors, marts and live export markets.”

The LMC concluded: “It remains to be seen how stringently these pricing changes will be applied in practise. We will continue to keep producers up to date with any further changes to the pricing structure over the next few weeks as and when the information becomes available.”

LMC continues to advise producers to liaise with factory procurement staff to keep up to date with any changes to pricing policies at individual plants.