Creed on CAP: ‘I am open to some further convergence in payments’ 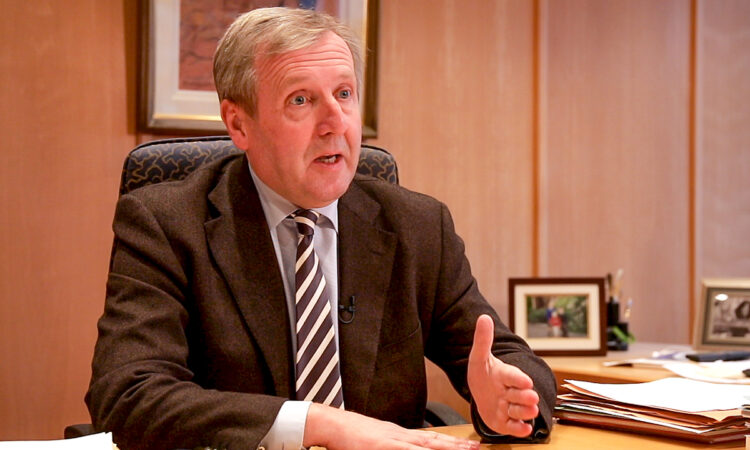 The Minister for Agriculture, Food and the Marine Michael Creed confirmed he is open to “some further convergence in payments” after responding to a question on the Common Agricultural Policy (CAP) proposals by Fianna Fáil spokesperson on agriculture, Charlie McConalogue, in the Dáil on Thursday, April 4.

McConalogue asked the minister what his views were on the proposed convergence in payments to the national average by 2026?

The minister said that with regard to the proposed convergence in payments for the CAP post-2020, the draft regulations proposed a mandatory requirement for member states to ensure that, by 2026, a minimum convergence level of 75% for all payment entitlements is achieved.

Member states will also be required to set a maximum value of individual payment entitlements.

Creed added: “It is proposed that the funding mechanism will be similar to the current system where payment entitlements with values above the average are reduced to fund the convergence.

“This proposal builds on the current convergence path of the 2015-2020 CAP regulations, under which all entitlements must reach a minimum value of 60% of the national average by 2019. I am open to some further convergence in payments.”

Minister Creed then pointed to the “preliminary modelling exercises” that have been carried out.

“The results of these analyses are currently being reviewed and revised to take account of the most recently available data,” continued Creed.

“As the draft regulations are developed further, more detailed analyses will be completed in order to fully assess the impact on farmers in Ireland for CAP post-2020. These analyses will, in turn, inform the decisions required at that time.”