Calls made for twice-weekly payment runs to clear backlog

The Department of Agriculture, Food and the Marine has been urged to reinstate twice-weekly payment runs, while a backlog of payments persists, by the Irish Cattle and Sheep Farmers’ Association (ICSA).

Making the calls, ICSA Rural Development chairman Tim Farrell said it’s understood that any farmer awaiting Basic Payment Scheme (BPS) payment, including those who have been cleared for payment, will now receive nothing until Monday, December 2, at the earliest.

Commenting, Farrell said: “Since October 16, there has been two payment runs per week.

However, this ended last week with no more payments due to come out until the first week in December.

“It makes no sense to discontinue twice-weekly payment runs, particularly as many of the delays have been caused on the department side,” he said.

“It’s very unfair on farmers who have had a tough year to be made to wait it out for another two weeks.”

Noting that many producers are “at their wits’ end” with bills to pay and loans to manage, the chairman added:

It’s very distressing for farmers to see their credit ratings affected through no fault of their own, and this will cause ongoing problems. 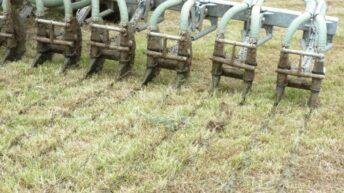