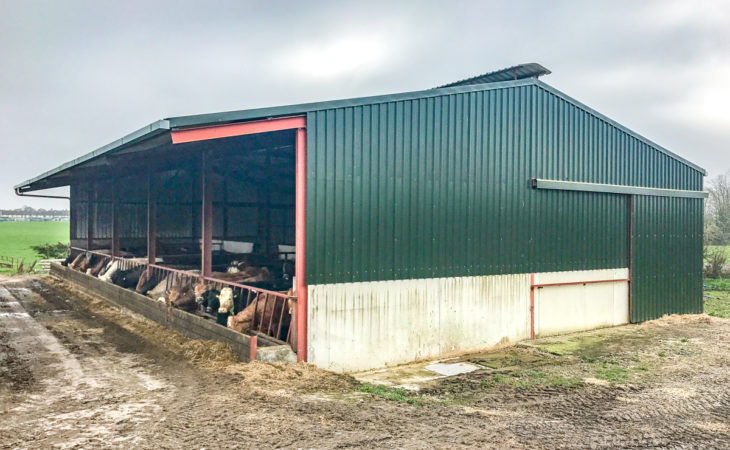 Farming in Bishop’s Demesne, Co. Kilkenny, Reginald ‘Reggie’ Brennan operates a suckler-to-beef enterprise under an autumn-calving system. All progeny are brought to slaughter with the exception of replacement heifers.

In addition, Reggie and his brother Geoffrey run a tillage enterprise in conjunction with the beef operation. The farm is self sufficient; barley, fodder beet, oats and straw are all used for feed on the farm.

Prior to 2013, Reggie milked a herd of dairy cows along with the beef and tillage enterprises. However, faced with the pressure of “get bigger or get out”, he decided to cease milk production and increase the size of the suckler herd. 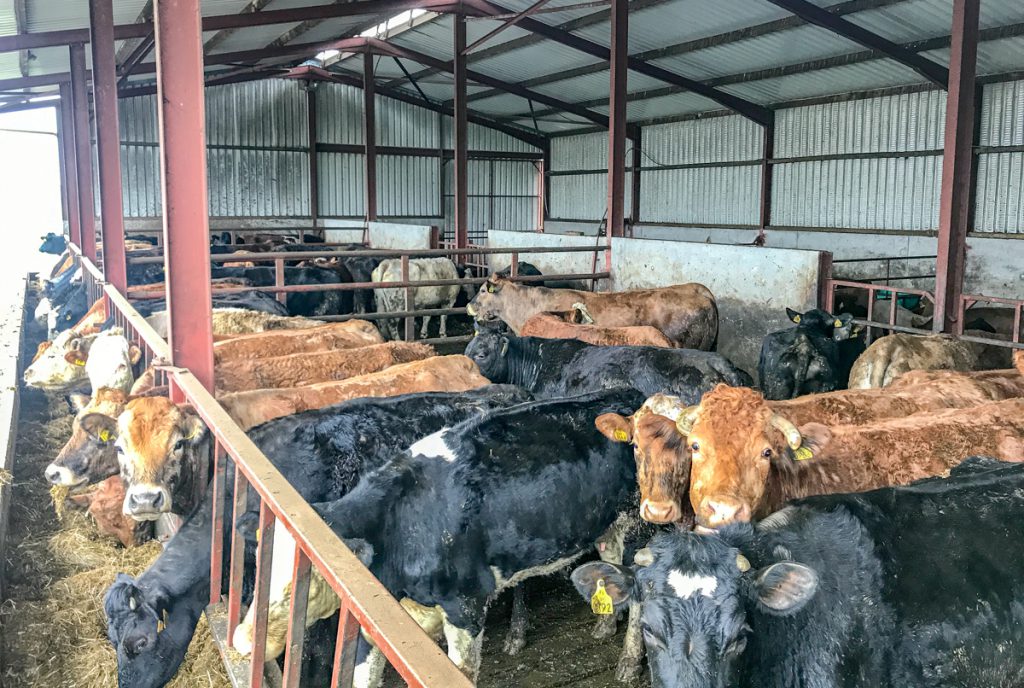 On this, he said: “The pad was a great job; four lorryloads of mulch would do me for the year. The first couple of years were perfect. But, after that, the years got wetter and wetter and it began to flood.

Reggie and Geoffrey decided to build the shed themselves. All ground and steel work was carried out by the two brothers. They also constructed and installed the gates and feed barriers. The plumbing infrastructure was also put in place by the Kilkenny-based farmers. 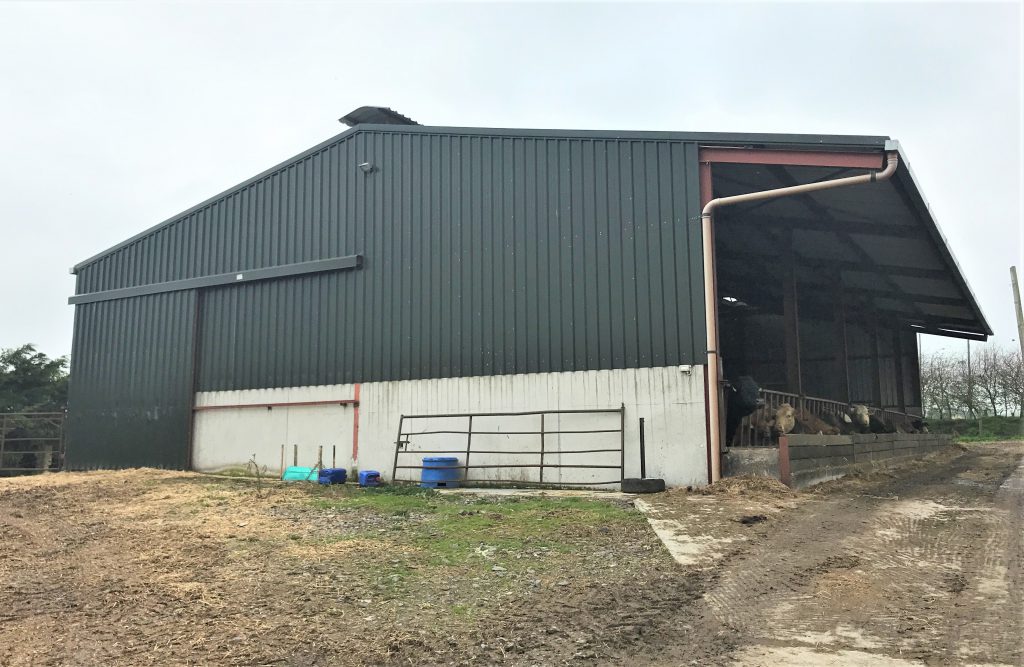 “We would always be on the look out for new ideas to make things easier on ourselves. I enjoy the fabrication side of things. We looked at a lot of sheds before we started the build to get ideas and to find out what works and what doesn’t work,” Reggie added. 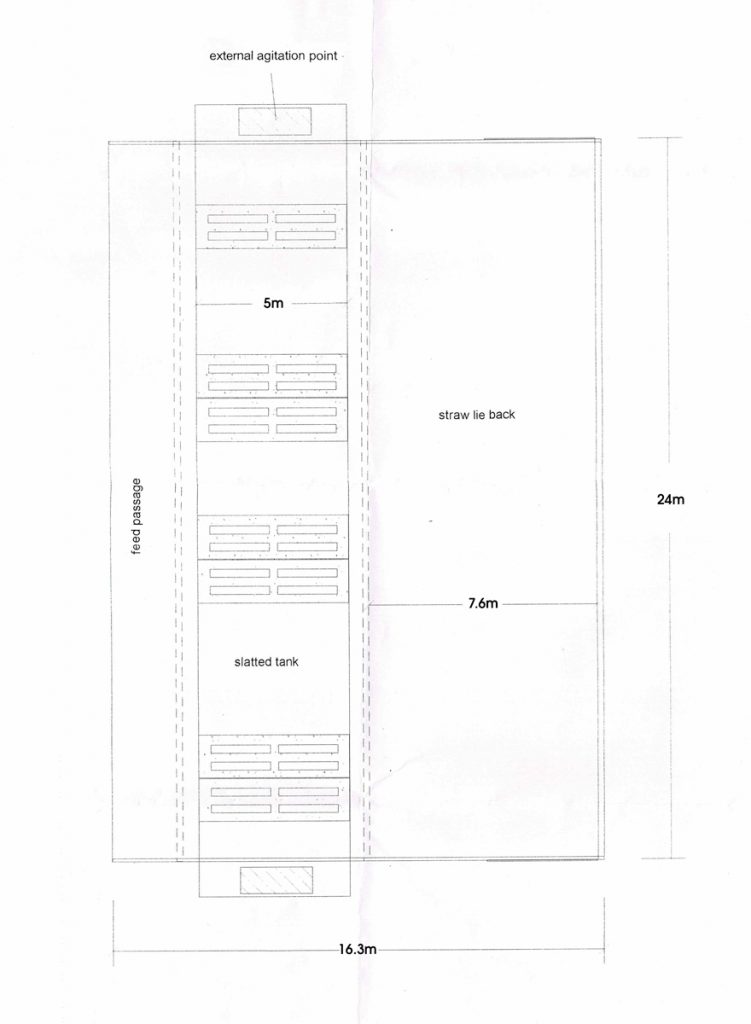 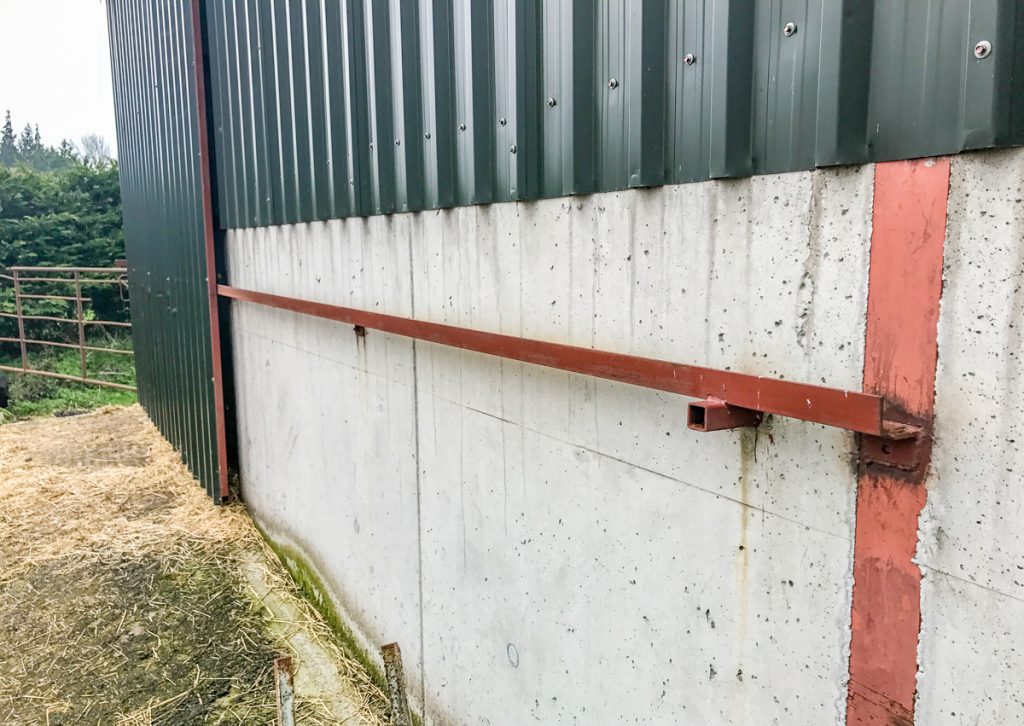 Reggie opted for heavy-duty, painted pillars (9in). On this, he said: “We didn’t bother with the galvanise; I don’t know if the galvanise is worth the extra money. Besides, we were welding on to the pillars and once you do that you’re ruining the galvanise anyway.

There is a slope on the floor of the lie-back area which falls to each creep gate. Reggie highlighted that this is extremely important to keep the straw bedding dry. 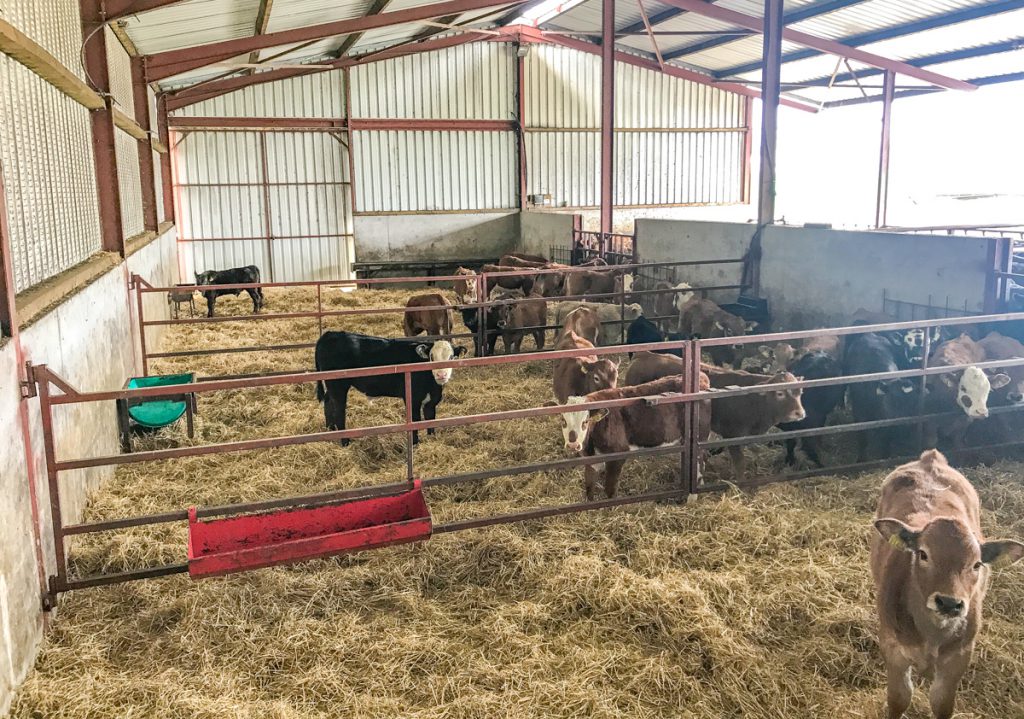 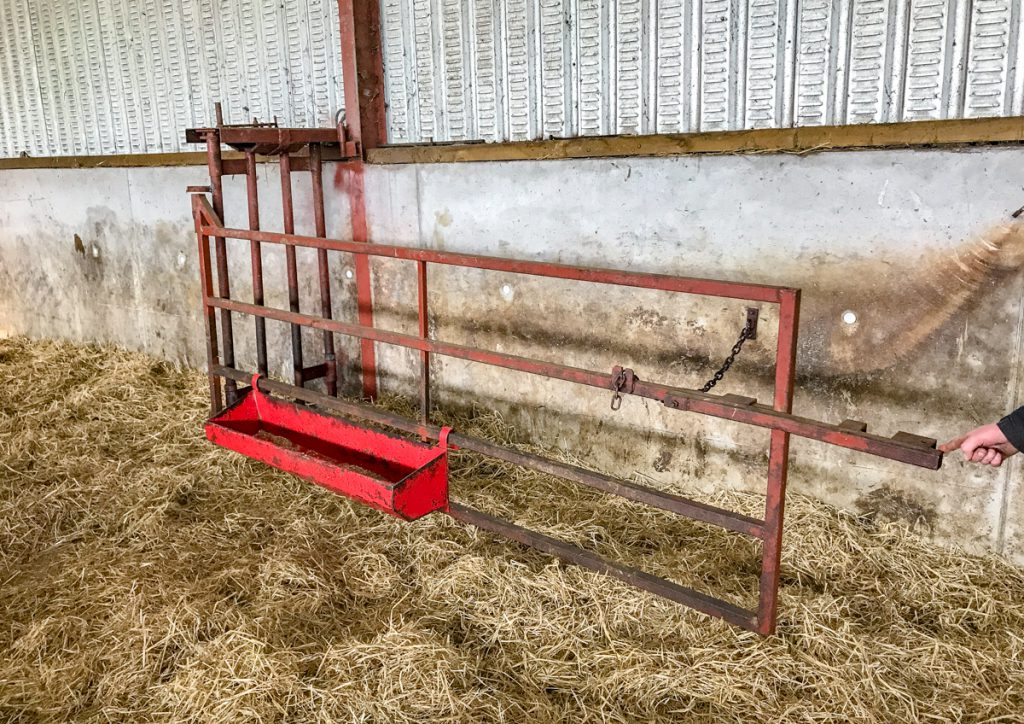 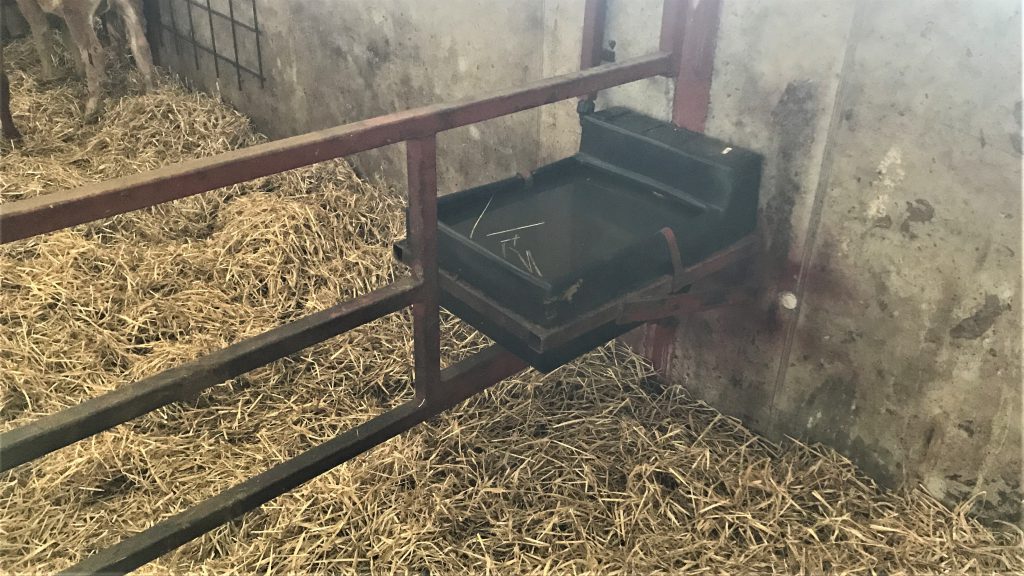 Reggie continued: “All the gates – which divide the lie-back area – open out completely and remain flush to the walls. This facilitates cleaning out the shed. There is nothing sticking out when I’m working the loader. 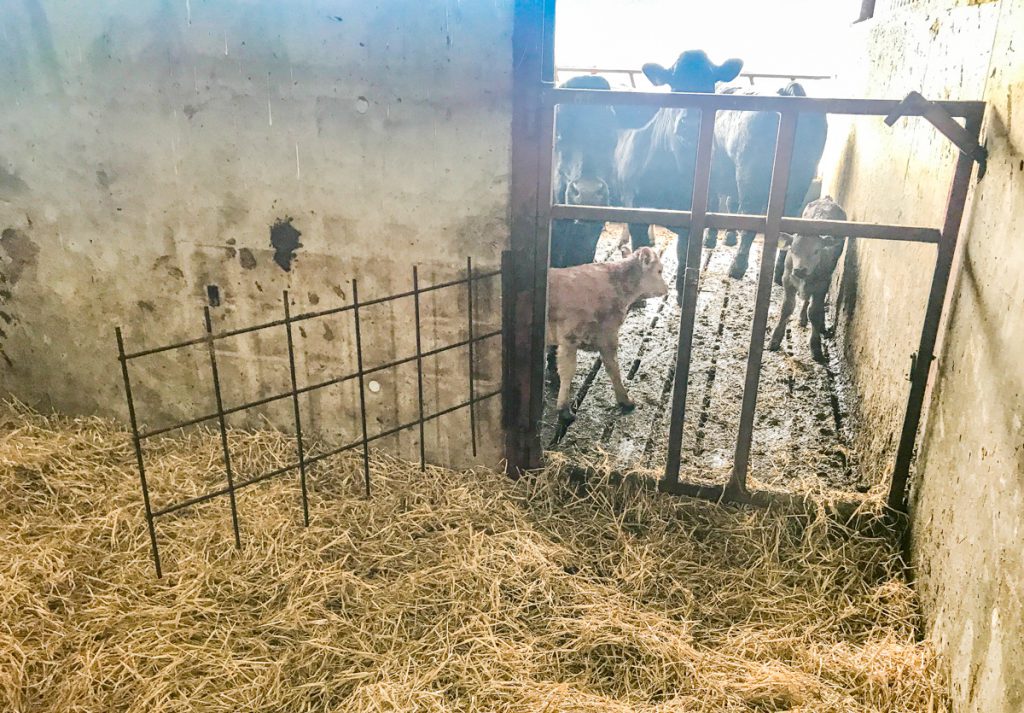 From standing in the shed, there is no doubt that there is excellent airflow throughout the structure. Reggie opted for ventilated sheeting along the back of the shed. 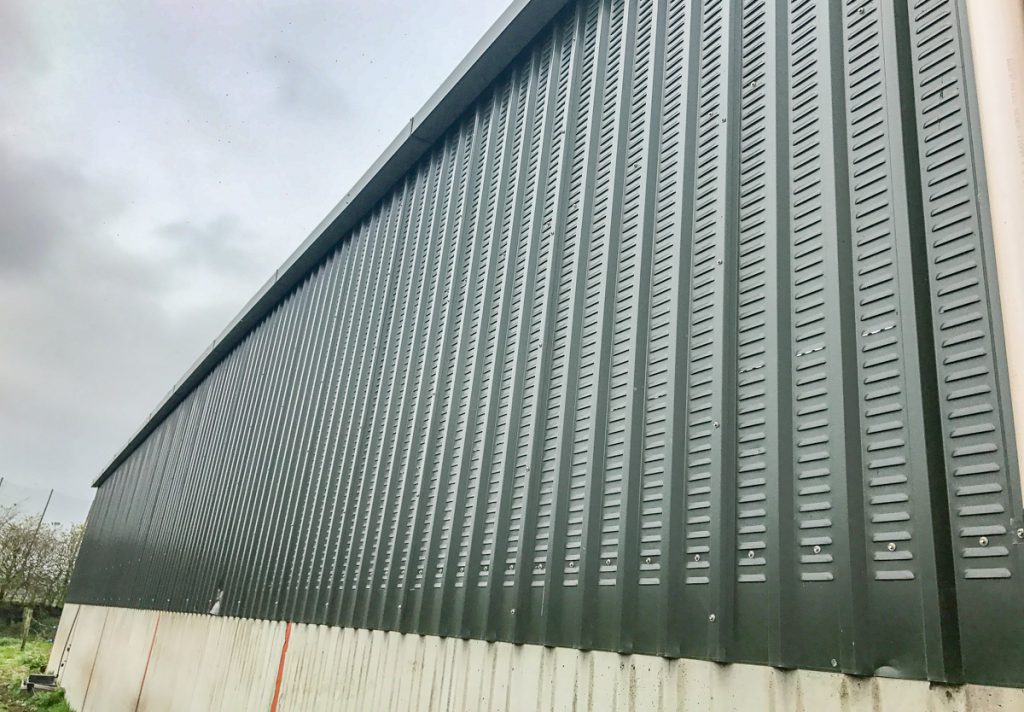 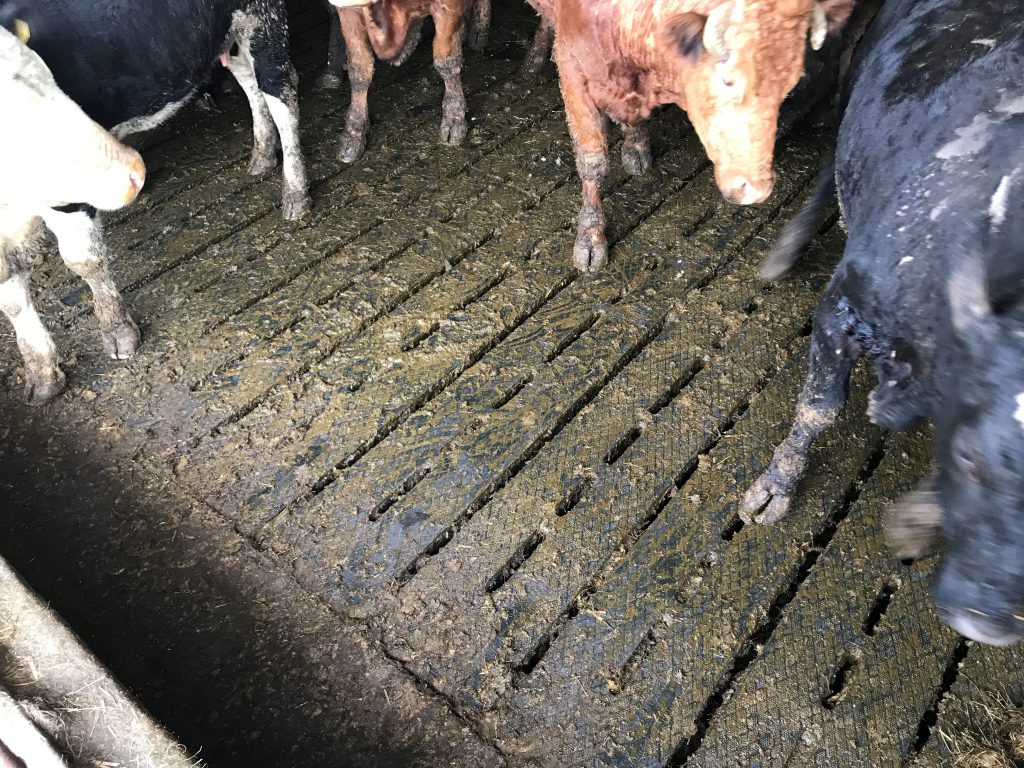 The timbers are also removed at the busy times of the year (sowing and harvest), so Reggie can place bales in front of the pens. 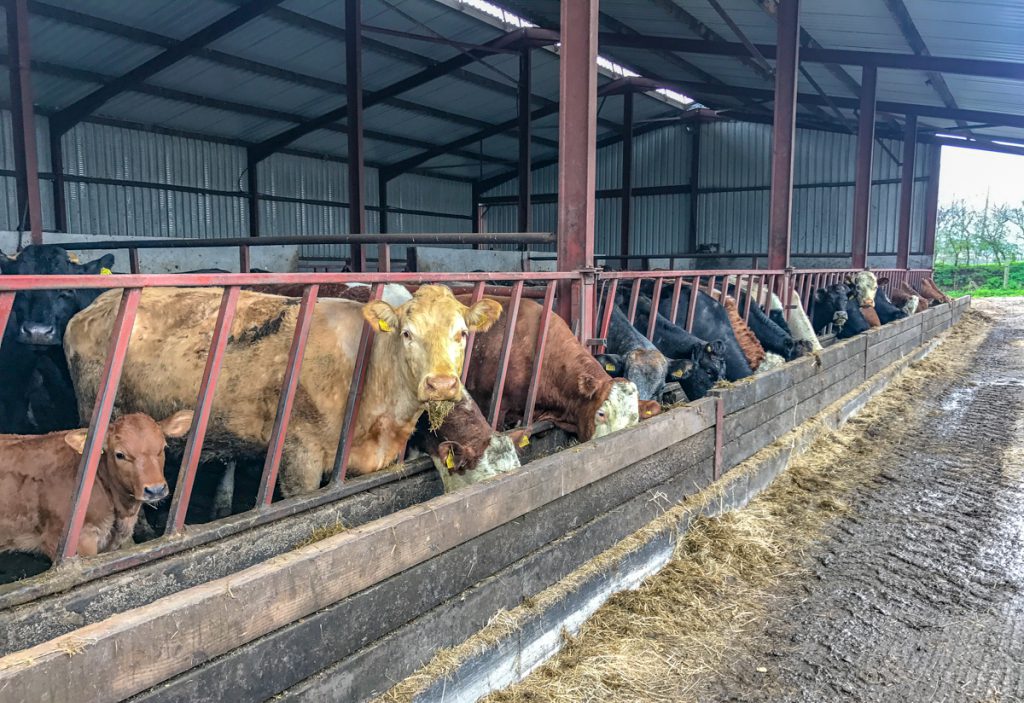 The total approximate cost of the entire project was €82,000 (including VAT). This includes an additional concrete wall located outside the shed. This also allowed for a cost to be paid to Reggie and Geoffrey for their own work.

On the end product, Reggie said: “The shed itself, I couldn’t fault it. I think it is an ideal shed. If I was to change anything about it, I would make it bigger. If I was starting from scratch again, I would make it 10 bays long; it’s fierce handy for cows and calves. 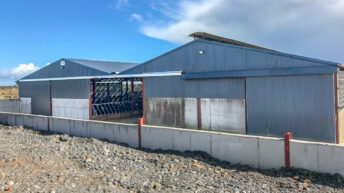 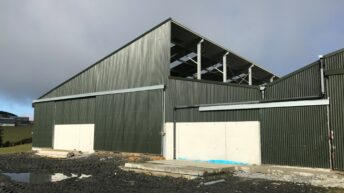