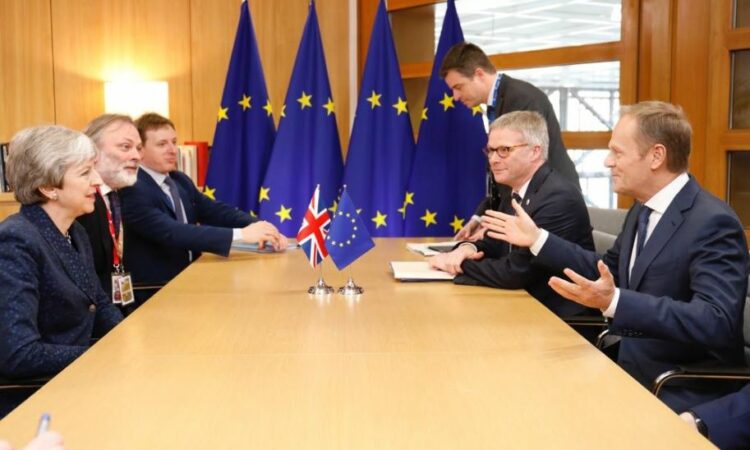 The European Commissioner for Agriculture and Rural Development, Phil Hogan, has described Brexit as “the most amateurish project ever”.

The commissioner made the statement yesterday (March 21) ahead of an EU leaders summit in Brussels where Donald Tusk, the President of the European Council, announced its agreement to extend the Brexit deadline to May 22, 2019 – provided that the withdrawal agreement is approved by the House of Commons next week.

If the withdrawal agreement is not approved by then, the council will reduce the extension to April 12, 2019.

Brexit is the most amateurish project ever. There is no plan, no direction and no end game from the United Kingdom.

“There has never been so much energy squandered for so little output and outcome. We on the European side are running out of patience. It simply cannot continue like this.

“President Tusk and the commission put down a benchmark. If you don’t have some sort of time limit the chaos is going to continue,” said Commissioner Hogan.

However, when it comes to the ‘backstop insurance policy’ on Northern Ireland border, Commissioner Hogan said he has “never seen the EU so united right across the spectrum”.

The EU 27 want certainty and predictability as soon as possible; two and half years of negotiations have gone on.

“How much time do you want? How long is a piece of string seems to be the answer in the House of Commons.

“A lot of patience is being expended by the United Kingdom. We watch on a daily basis the political chaos in the House of Commons where they seem to be incapable of making a decision,” he said.

Meanwhile, the European Council has reiterated that there can be “no re-opening” of the withdrawal agreement that was agreed between the EU and the UK in November 2018.

“Any unilateral commitment, statement or other act should be compatible with the letter and the spirit of the withdrawal agreement,” the council has said.

The European Council has called for work to be continued on preparedness and contingency “at all levels” for the consequences of the UK’s withdrawal, taking into account all possible outcomes.