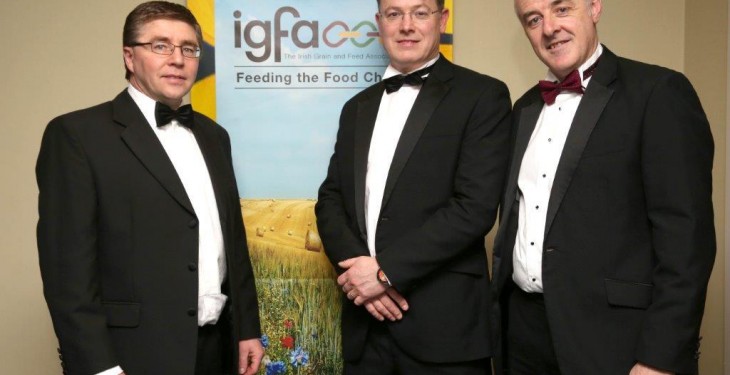 Brexit, which is the possibility of the UK leaving the European Union, is Ireland’s biggest foreign policy challenge, according to Rudd Jijssens.

The President of the European Feed Manufacturers Federation (FEFAC) was speaking at the Irish Grain and Feed Association dinner in Dublin recently and said that Brexit could put Ireland’s economic recovery at risk.

Ireland has always depended on free trade with the UK, with the interdependence between the two economies recognised in 1928 with the tie in between the Irish and British pound. Since then the UK has remained Ireland’s largest trading partner.

However, in January 2013 David Cameron announced a new European strategy and promised that, if re-elected, the Conservative Party would hold an in/out referendum on EU membership in 2017 and the possibility of Brexit.

“After a year that saw Ireland again as the Eurozone country with the strongest growing economy, the UK Brexit could put this recovery at risk,” Jijssens said.

“Let’s wish the British people much wisdom and rationality before entering the voting booth to decide on a matter that could have such an important impact on Ireland.”

He also said that if there was one other thing he could wish for in 2016 it would be a recovery in farmers’ prices.

“If farmers cannot even make a living, how can society ask them to support the sustainable development of agriculture, to tackle climate change impacts and to increase resource efficiency?

“If our customers cannot make a living and invest in the future, this leaves us feed manufacturers in a very tight spot.”

He also called on the European Commissioner for Agriculture Phil Hogan to work harder on boosting  competitiveness in the EU agri-food sector.

“This will require more support for research and innovation in the livestock sector as well as tools to manage price volatility. It’s striking to see less than 1% of the Common Agricultural Policy spending goes on insurance programmes while a much larger share of the US Farm Bill is devoted to such measures, helping US farmers to face market and weather turbulences, which often are connected.”