Video: IFA suspends protest ahead of meeting with Minister Creed 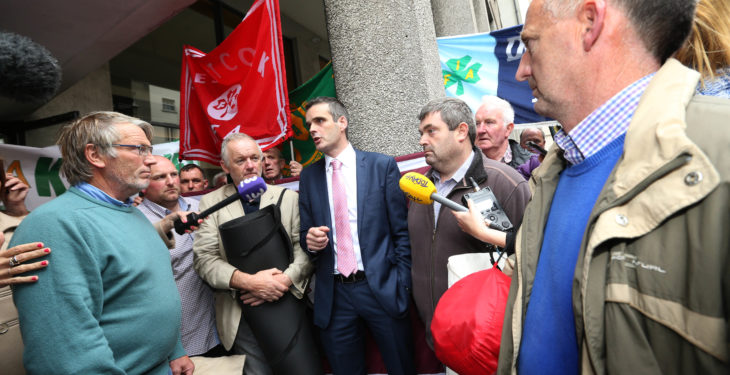 The Irish Farmers’ Association (IFA) has suspended its protest at the Department of Agriculture, Food and the Marine this afternoon, July 11.

This comes following a meeting of the IFA Council. It has been agreed to put the protest on hold until after a meeting with the Minister for Agriculture, Food and the Marine, Michael Creed – scheduled to take place tomorrow morning.

The negotiations on the details of a proposed tillage crisis fund will reconvene tomorrow with “no pre-conditions”, allowing the two sides to take a fresh approach to the discussions.

IFA protest at the headquarters of the Department of Agriculture suspended pending a meeting with Minister Creed in the morning! No pre conditions on the table regarding negotiations of a tillage crisis fund!

The sit-in was in its seventh day, with four members of the IFA Grain Committee – Liam Dunne from Co. Kildare, who is the chairman of the committee; James Hill from Co. Wicklow; Peter Lynch from Co. Donegal; and Kieran McEvoy from Co. Laois – making the department building their home over the past week. 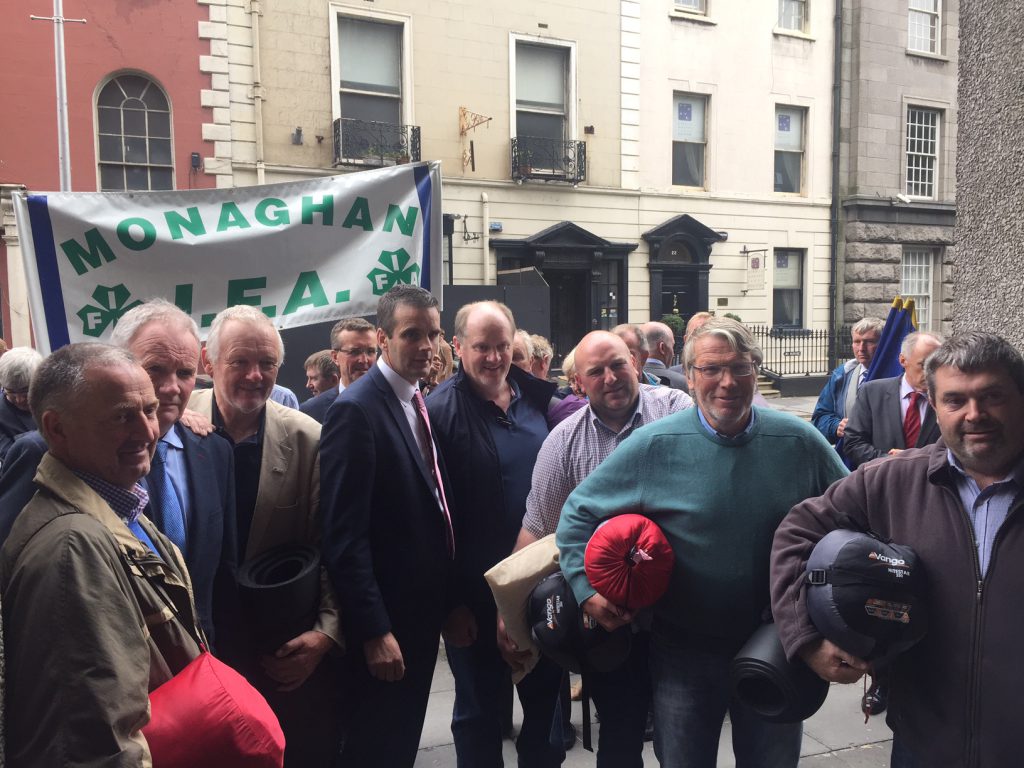 Protesters have dismantled their flags from the department building – an indication that the demonstrators will get home to their own beds tonight. 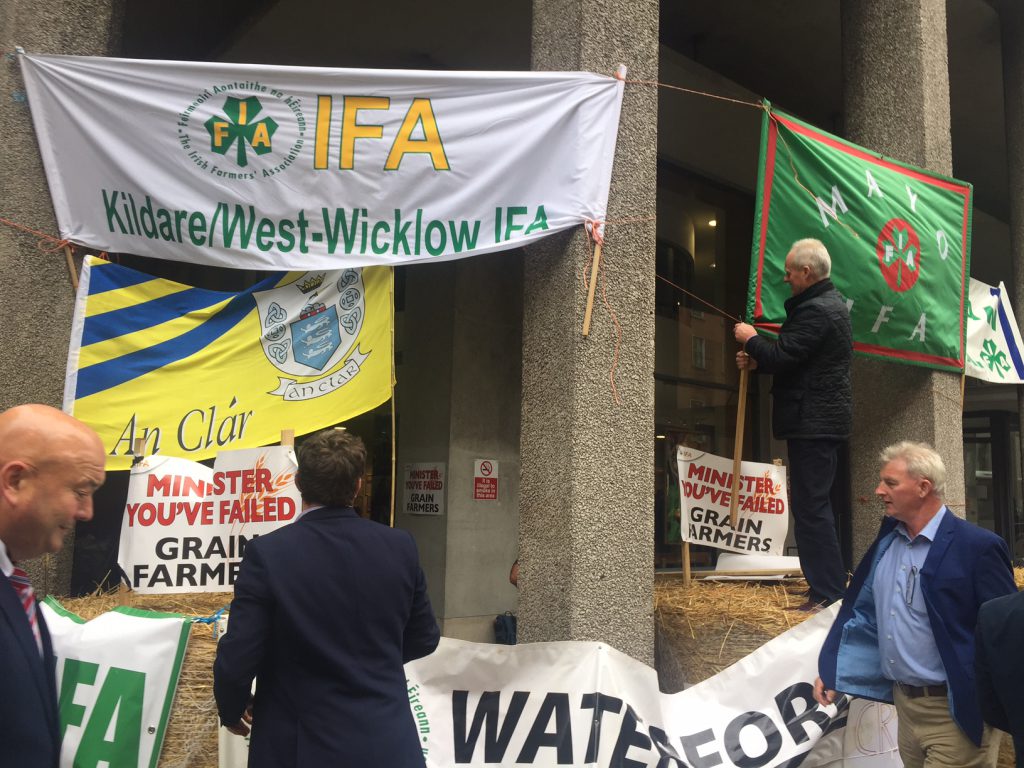 The controversy surrounds a discrepancy in media reports in relation to a cap on any payments made under a tillage crisis fund for farmers affected by crop losses in last year’s poor harvest. Some reports put the maximum payment at €5,000, which was “unacceptable” to the IFA.

Protesters have been out in force since last Wednesday, July 5, despite warnings by the department that only a limited number of demonstrators would be allowed inside the building due to “health and safety” concerns.

The protest heated up yesterday when a combine harvester arrived outside the department building – which sits on Kildare Street in Dublin city – with a defiant IFA President, Joe Healy, standing atop the machine.

Rumours then surfaced that more machinery could arrive at the offices if the IFA and Minister Creed did not come to an agreement. However, that situation is off the cards for the time being as the two parties prepare for tomorrow’s negotiations. 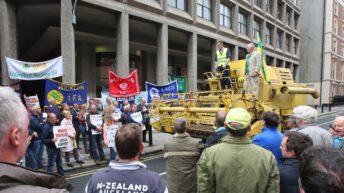