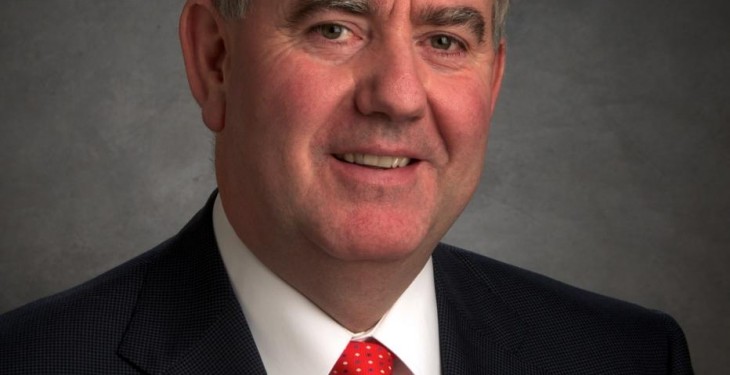 “There is an old saying, ‘We’re defined by what we do when nobody is watching’. That’s still very true. But today everybody is watching. All the time.”

These were the words of Irial Finan, executive vice-president of The Coca-Cola Company and president of its bottling investments and supply chain, who was guest speaker at the Guild of Agricultural Journalists of Ireland’s Michael Dillon Memorial Lecture in association with Kerry Group.

“In our business, the name over the door is Coca-Cola. We must do everything in our power to ensure brand Coca-Cola meets and exceeds consumer expectations at every turn. Brand Ireland is no different. In fact, there are more similarities between the two brands than most people would expect. I like to think I am in a unique position to appreciate both of these great brands. Regardless if you are in the beef, tillage or dairy business, we all represent ‘Brand Ireland’,” the vice-president told the packed audience of Irish agriculture stakeholders including Teagasc, farming unions, leading dairy companies, Bord Bia, officials from the Department of Agriculture and many agriculture journalists among others at the Shelboure Hotel in Dublin last Friday evening.

The Roscommon man recalled the founding member of the guild Michael Dillion, who he described as a pioneer of Irish agricultural journalism. “I have memories of hearing him as I was growing up. He was the voice and a tireless defender of Irish farming. He told truth to power. He realised that telling things as they are, unaltered by what we might prefer them to be, is the key to transparency. And that transparency is the absolute starting point for improvement.”

Regarding brand ‘Coca-Cola’, he stressed that a brand is a promise and a great brand is a promise kept. “People around the world reach for a Coca-Cola product 1.8 billion times every day. It’s a simple act. But behind that simple act is an extremely large and complex system. We must put our brands within reach with efficiency and with unquestioned quality.”

He said brand advocates and ambassadors are critically important because consumers today are slow to trust as social media is the great equaliser.

“Consumers believe each other more than they believe businesses, countries or governments. And social media is key factor in this change in behaviour. Social media is the great equaliser. Through social media, people can bring their aspirations for community and better social and environmental results to the commercial sphere without any friction as consumers, investors, employees, citizens and members of civil society.”

He continued: “Social media is the vehicle through which people build trust and it provides people the unprecedented capability to share their thoughts. They own the conversation. They control the channels. And with social media, they are even co-creators of the brand.”

The vice-president spoke supply chains and how they have moved centre stage. “Look to the internet. Never before would you have imagined that supply chain and sourcing questions would make it in to a day-to-day discussion among people outside of the manufacturing industry.

“Consumers want to know where you sourced your ingredients, how they traveled to your plants and what happened to the waste that was generated along the way. We know. Our supply chain is a U$65bn operation. And with that size comes tremendous amount of scrutiny from our shareholders, from our business partners, our customer and our consumers.

The vice-president referred to New Zealand’s Fonterra, which is the world’s largest exporter of dairy products, and its recent contamination reports.

“The result was a global scare and assorted import bans. Fronterra’s brand suffered but so did Brand New Zealand. One player can taint an entire country’s brand. Fresh in the memories of most of the people in this room is Ireland’s beef scandal, which drew world attention for horsemeat finding its way into hamburger meat. Not only was Ireland’s beef industry being looked at under the microscope. Brand Ireland was as well.”

He also spoke on Coca-Cola’s biggest recall of products in its history. “In 1999, news media around the world began to report hundreds of ‘poisonings’ by Coca-Cola products. Several children in Belgium were hospitalised and more than 100 students reported physical illness thought to be caused by Coca-Cola in cans that had a foul odour on the outside.

“At the same time, hundreds of consumers were complaining of a strange taste and colour of bottled Coca-Cola. The Belgian Health Ministry ordered all Coca-Cola products to be banned from the market. Several other countries then followed suit. We ended up doing the biggest product recall in our history.

These examples have two common threads, he said.

“The first is that in each of these events, in the end, all evidence proved there were no health issues associated with these actions. Consumer’s health was never put at risk.

“Two, each of these actions were triggered by missteps in the supply chain, not in the core business operations. Partners, suppliers and vendors triggered these concerns, but as I said before, the name above the door is Coca-Cola. The name above your door is and will always be, Ireland.”

Finan spoke on Ireland’s great opportunity in the ending of milk quotas in 2015. “This abolishing of quotas will allow dairy farmers to increase milk production for the first time in 30 years. That is big news at a time when global milk demand is rising and what an opportunity for Ireland to capitalise on some of the global trends that are causing strain on many other businesses.”

He said Food Harvest 2020 has predicted Irish companies are increasingly recognising that sharing resources through strategic initiatives will be central to knowledge generation, pursuing consumer and market trends, and making the best use of its human capital.

“As a country, we are in a good position to make the most of this opportunity, through collaboration and knowledge sharing. But it’s also a big challenge in planning and funding the expansion in ways that account for price volatility, weather and the zero tolerance for anything that could detract from building a global brand.

“This change will create an even greater opportunity for more intensive collaboration across industry, academia and government to ensure that Ireland becomes the go-to source for diary-focused innovation. And this change means greater scrutiny from consumers, watchdog groups and regulators. As I said, today’s adversaries can be tomorrow’s advocates if we work together.”

The vice-president highlighted Bord Bia’s marketing fellowship programme that “gives the food and drink industry access to some of the best and brightest talent Ireland has to offer”, he said.

“It’s going to take a government that clears away the unnecessary and non-productive barriers. Since excellence and traceability are end-to-end issues, we all must think that way about partnerships, particularly with retailers. Ireland must keep getting better at what you already do so well, keeping to the highest standards of animal health and welfare.”

He concluded by saying Ireland needs to be loud, clear and consistent in sharing who we are, how we work, what we believe and the special value we create.

And with that, the vice-president received a standing ovation.