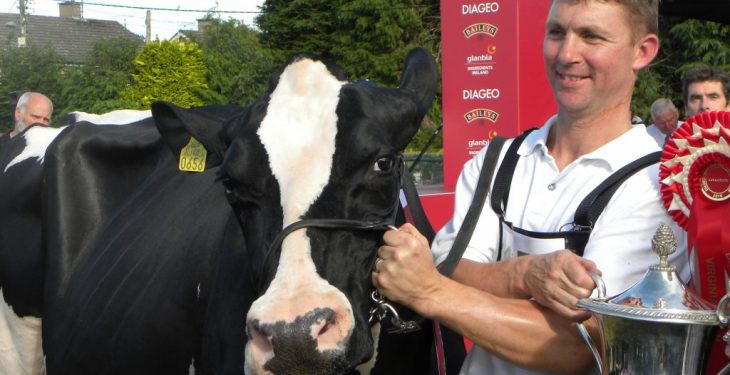 But he told Agriland that the Irish pedigree herd is in decline, and that Ireland isn’t able to compete at the top level of international shows because of the lack of support from authorities here.

“Years ago Ireland took cows over to the European show – I think it was 2004,” he said. “We were at that high a level that we were actually able to win and have the best cows in Europe. But now we’ve come back a bit because we’re not being promoted and we’re just on a bit of a decline.

We were right at the top. That’s why I sold my [top prize-winning] cow last year, because Ireland wasn’t competing at the European show. So I sold my cow over to Italy and she [has since] won.

“Teagasc here doesn’t really promote the pedigree side,” Jones said. It doesn’t inform people at all of any options; it’s just the one message.”

“At every agricultural college now, they’re all breeding cross-bred cows – where a few years ago they would have all had pedigree, you know, nice cows, good cows. But now they’re all gone cross-bred and grassland bred. All the young farmers; they’re not being taught the benefits of the pedigree side at all.”

I had to redo an ‘ag’ course there and, you know, it was just [a] complete brainwash about the one thing and nothing else.

“If I didn’t know any different, and if I wasn’t involved in the pedigree side of it, well, that’s all you’re going to learn,” he added.

“It’s a very one-sided thing that they’re being taught at the moment,” Jones said. “You’d never read an article promoting the pedigree side of it. They just look at the inputs and the outputs, but they don’t also look at what the pedigree cow can produce, what progeny they can sell – animals which you can sell to Europe or even around locally.”

Jones believes that changing rules and market realities will bring farmers back to keeping pedigree animals.

“With nitrates [regulations], where you can only keep so many cattle on so many acres, but we’re over 9,000kg average here [for pedigree milk output], but if you take the general cows they’re probably more like 5,000kg – so we’re producing nearly two for one.”

“Especially now as herd sizes go up, the land base is going to get smaller, and with the nitrates you’re going to be able to keep less cattle so the higher production is probably going to come back – I hope,” he added. 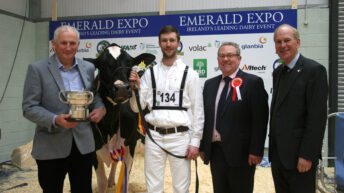