BPS payments: How much has been paid to date – and to who?

Advance payments under the Basic Payment Scheme (BPS) continue to be made to farmers around the country, but some 4,014 farmers were yet to be paid as of this week, according to the Department of Agriculture, Food and the Marine.

Issued by the department in response to a parliamentary question put in by Fianna Fail spokesperson on agriculture, food and the marine, deputy Charlie McConalogue, the figures refer to what payments have been made to date.

The figures released by the department provide the numbers up to Tuesday of this week (November 20). 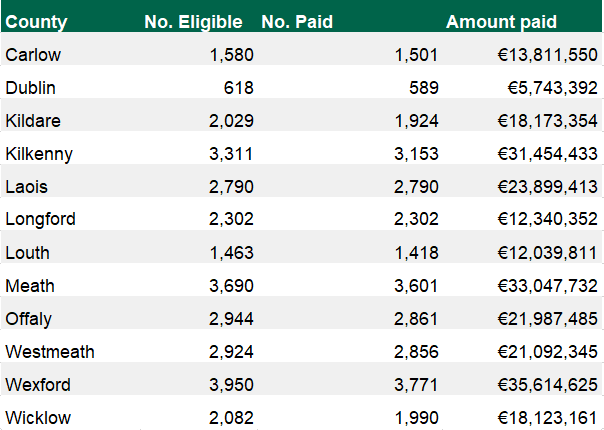 Predictably, counties Cork and Tipperary made up over half of the total provincial figures between them, with Kerry farmers paid the third highest amount in Munster. 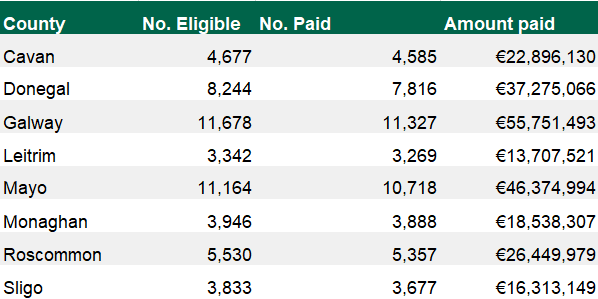 The department is expected to make further pay runs between now and December 3, when balancing payments are to commence issuing, alongside National Reserve and Young Farmer Scheme support payments. 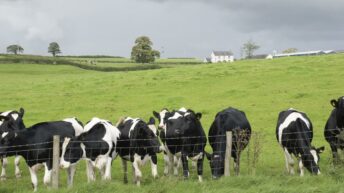