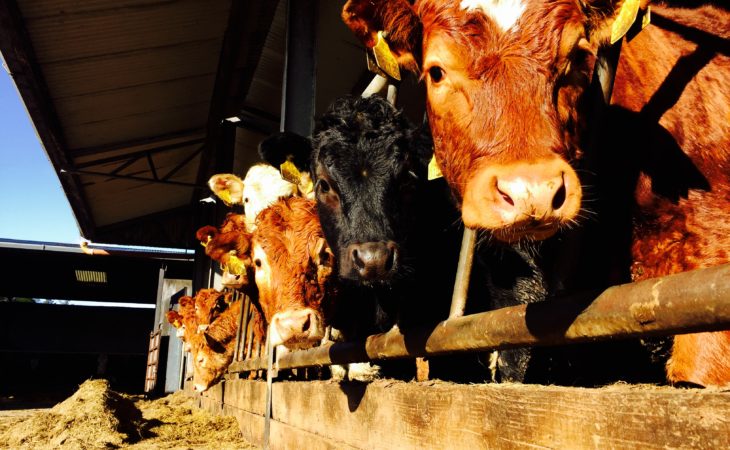 A report published by Wakker Dier, an animals rights group based in the Netherlands, has been branded “wilfully malicious” by Bord Bia CEO Tara McCarthy.

Last winter, an undercover research team visited 13 cattle farms in Ireland on behalf of Wakker Dier. The farms – which housed cattle in slatted sheds – were reportedly located in counties Galway and Clare.

It is understood that the team pretended to be journalists from a Polish newspaper who were investigating the influence of Brexit on the Irish beef industry.

The animal rights group claimed that its undercover team were given permission by all 13 farmers to enter their farmyards – under supervision – and that six of those farmers were certified under Bord Bia’s Sustainable Beef and Lamb Assurance Scheme (SBLAS), a fact the Irish Food Board is unable to confirm.

The report took issue with how calves are dehorned in Ireland and how bull calves are castrated. As well as that, it was also critical of how cattle are kept in slatted sheds “for four to five months” and how outdoor grazing is not mandatory under the SBLAS.

Valeska Hovener from Wakker Dier said: “Irish beef has an animal-friendly image of grazing cattle on green meadows. But that is in the summer. In winter, these animals can really have a rotten life.”

However, the allegations made by Wakker Dier do not give “an honest or factual representation of the high standards of Irish beef production”, Bord Bia’s Tara McCarthy argued.

To judge – and seek to damage – the reputation of our entire nation’s beef production system based on an analysis of just 13 farms is unjust and wilfully malicious.

“Equally, to suggest animal welfare is not important to Bord Bia’s SBLAS members is fundamentally and entirely inaccurate. SBLAS is an important guarantee for buyers of Irish beef throughout the world, and farmers who do not meet the strict criteria of the system will not be certified,” she said.

In a statement, Bord Bia outlined that a statistically representative sample with a 95% confidence interval – based on the 80,000 Irish beef farms – would require 2,331 farms to be visited.

It also noted that Wakker Dier is calling on Dutch retailers to support products from the Beter Leven (Better Life) standards.

Continuing, the statement said: “The Beter Leven scheme was originally created to increase welfare standards for broiler chickens before being expanded to include laying hens, pigs, veal and beef. However, it remains that over 85% of all animals certified with the Beter Leven label are broilers for chicken meat.

In 2017, only 13,000 beef cattle animals were raised under Beter Leven conditions. This means that less than 2% of beef consumed in the Netherlands comes from Beter Leven beef farms.

“In comparison, SBLAS is widely recognised, based on an internationally accredited standard: ISO 17065, benchmarked against similar quality standards internationally and provides requirements for the welfare of animals on 49,500 Irish beef farms and almost five million cattle.

“The two farming systems are not comparable in terms of scope and size.”

Bord Bia also stated that, while not mandatory, SBLAS members – in practice – would “meet and exceed much of the criteria set out in the Beter Leven standards”.

The Irish Food Board also slammed any suggestions that animal welfare is not important to Bord Bia or its SBLAS members as “wholly inaccurate“.

Regarding the imagery of dirty cattle and sheds captured by the undercover research team, Bord Bia noted that if such conditions were discovered during a farm audit, a non-compliance would be raised and the farmer would not receive their SBLAS certification.

Concluding, the statement explains that – on average – animals from SBLAS farms are outdoors at grass for 223 days each year.

“In addition, 96% of herds have animals outdoor grazing for seven months or more, while 74% are outdoors for eight months or more. Housing of animals is necessary during the winter period for both animal welfare and environmental reasons,” Bord Bia said. 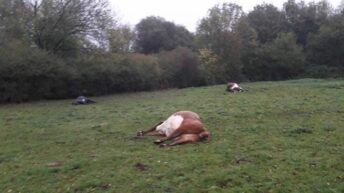