Beef trade: Steers and heifers trading on a base of 365c/kg 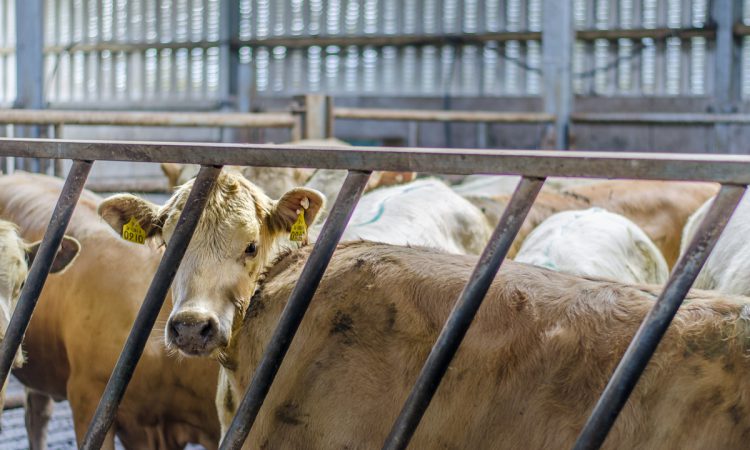 For the most part, the majority of factories are quoting 365c/kg for both steers and heifers; however, there are some farmers securing prices in excess of this – especially for heifers.

Factories are actively sourcing stock, with some 36,234 head of cattle slaughtered during the week ending February 2; but there seems to be no rush to increase prices paid to farmers.

However, farm organisations are encouraging farmers to bargain hard when it comes to marketing their animals.

Additionally, there is also little change to the bull trade, with continued variation across plants.

Bull base quotes amount to 350c/kg for R-grades in the main, with O-grades hovering around the 320-335c/kg mark; U-grading bulls are making approximately 360c/kg in the meat plants.

Moving to cows, factory buyers are currently starting negotiations with farmers at 270-280c/kg for P-grade cows, 280-295c/kg for O-grade animals and 310-320c/kg for R-grade lots; U-grading lots are making 360c/kg or slightly higher in some plants.

Figures released by the Department of Agriculture, Food and the Marine show that there were some 36,234 cattle processed in beef plants during the week ending February 2, 2020. 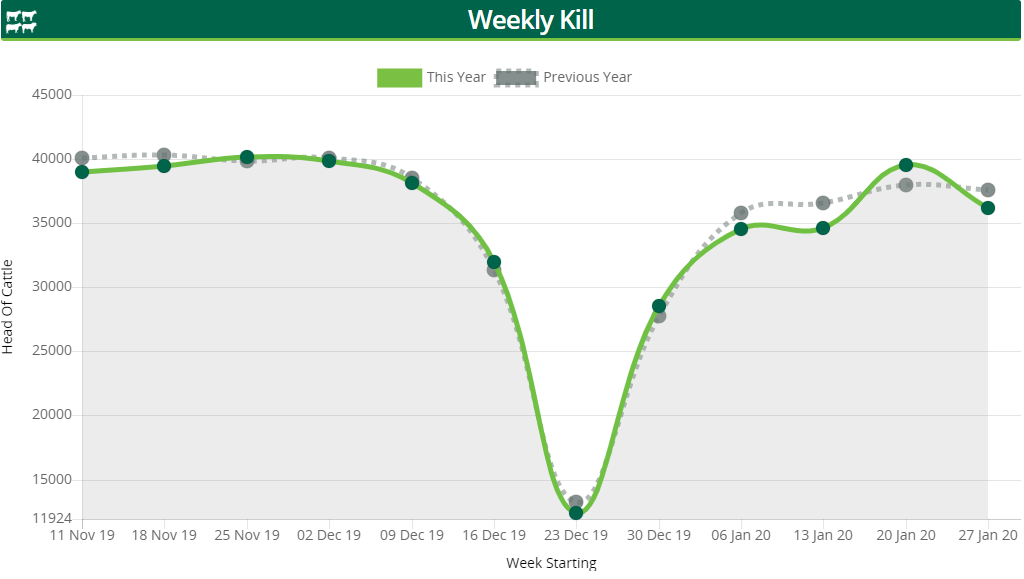 Looking at the figures in more detail, the number of steers and heifers killed was 12,300 head and 11,568 head respectively; these combined account for almost two thirds of the total kill last week. 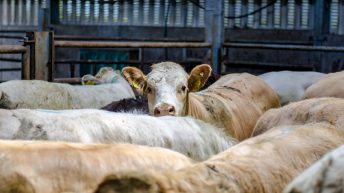