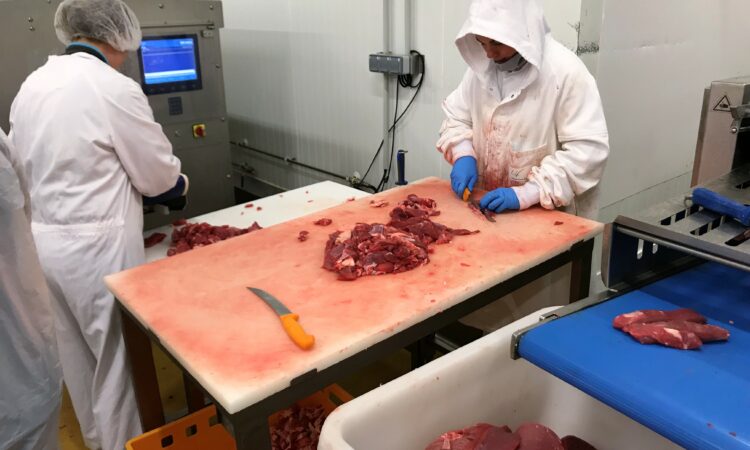 While factories are quick to quote prices of 370-375c/kg for steers and 380-385c/kg for factory-ready heifers, the number of cattle being purchased off the lower quotes are in the minority.

Regular beef finishers – with large numbers of in-spec cattle – are securing 380c/kg for bullocks and 390c/kg for heifers. That being said, the majority of cattle are moving at 375c/kg (steers) and 385c/kg (heifers).

In addition, as we approach the end of October, beef processors will be turning their attentions to building stocks for the Christmas market.

Looking at cows, the trade is best described as firm. Beef buyers are starting negotiations with farmers at 290-300c/kg for P-grade cows; 300-315c/kg is on the table for O-grade animals; and 315-340c/kg is being quoted for R-grade cows.

However, the location and demand of individual processing plants plays a role in the price being quoted to farmers for cows.

During the week ending October 14, the number of cattle processed by Department of Agriculture beef export plants increased marginally.

Young bull throughput contributed the most to this increase; the number of young bulls processed amounted to 2,985 head – a jump of 186 head. 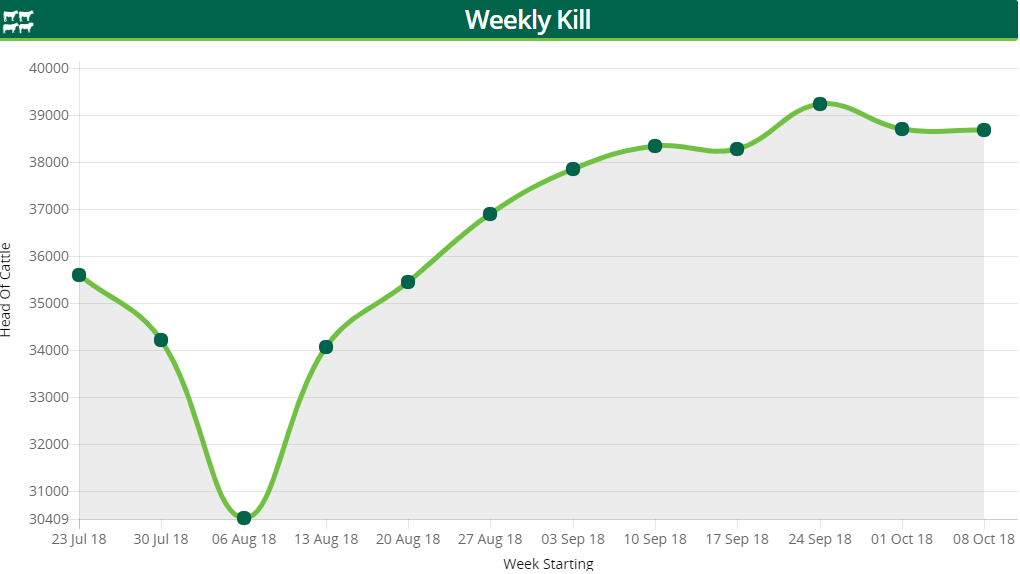 However, all other categories registered a decrease compared to the previous week; some 16,966 factory-fit bullocks were slaughtered – a fall of 223 head.

Moving to heifers, 9,495 of these animals were processed during the week ending October 14 – down from 9,636 during the week before. Furthermore, some 18 fewer aged bulls were slaughtered.

Moving to the overall kill in 2018, we can see that over 1.4 million cattle have been slaughtered in Ireland so far up to the week ending October 14.

Breaking this figure into individual categories, data from the Department of Agriculture’s beef kill database indicate that 159,570 young bulls have been processed. 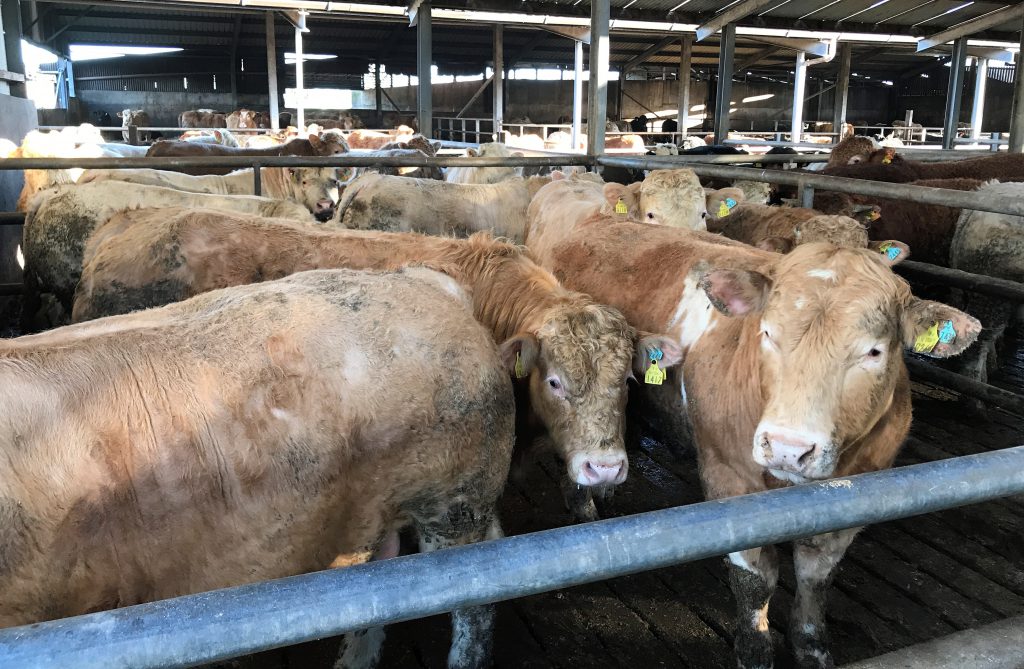 Comparing this with 2017 levels, some 14,663 more young bulls have been slaughtered up to and including the week ending October 14.

Aged bull slaughterings are also running above last year’s levels; some 25,814 aged bulls have been purchased by the beef plants – an increase of 2,968 head when compared to 2017 figures.

Finally, looking at heifer throughput, slaughterings of these animals are up 21,732 when compared to 2017 figures. Up to and including the week ending October 14, some 376,872 heifers have been slaughtered.