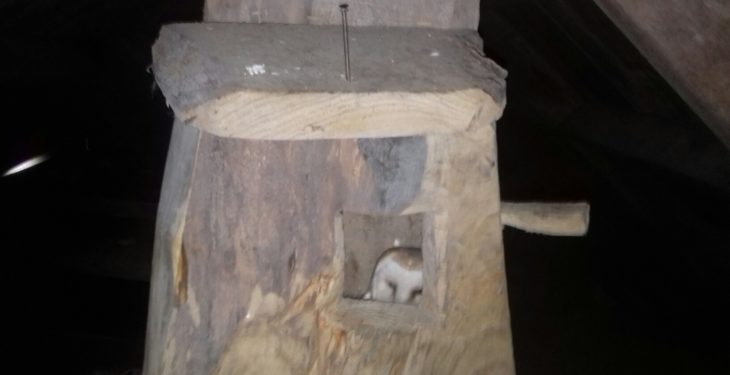 Restoring outbuildings can be a slow and laborious process but for the Satchwell family, who farm in Creggs, east Galway, a bonus came in the form of a breeding pair of barn owls, happily ensconced with two young, in their byre.

Violet and David Satchwell – who farm 700ac of a drystock farm with their sons, Ian and Jason – started to repair their extensive network of stone outbuildings which date back to pre-1850, in 2008. The farm has been in David Satchwell’s family for four generations.

The conservation of the unusual Scotch byre, and a section of the floor in an adjacent building, has been supported by the Heritage Council in partnership with the Department of Agriculture under REPS 4. “This scheme is all about good partnerships – farmers, conservation consultants, wildlife experts and builders working together. Nothing would happen without good working partnerships,” said Anna Meenan of the Heritage Council.

Assistance in the process was provided to the Satchwells by Mairin Doddy, Galway County Council conservation architect, with further conservation advice given by architect Geraldine McManus – who specialises in conservation work.

Bats were discovered roosting on the farm when a wildlife survey was carried out as part of the grant aid process.

The byre incorporates a boarded ‘ceiling’. Its roof and that of the stables buildings features three parallel ‘A’ pitched roofs with internal valley gutters in between. The roofs are supported on king post trusses which are not seen very often in farm buildings, Meenan said.

The byre is used for animal housing, including lambing and calving, with sheep, lambs, bats and owls, all living in harmony. The family, who did as much repair work as possible before the grant scheme came into existence, continue to make a big effort to keep the byre and other outbuildings well maintained.

The Satchwells are continuing to work on other outbuildings, trying to retain as many original features as possible, while valuing habitats and wildlife in the use of materials. An old cart house and mill wheel are next on the agenda.

David Satchwell remembers long-eared owls being on the farm in his father’s time. Ian put up owl boxes in the byre and was delighted with the outcome. “We were thrilled to see the barn owls,” said Violet. “It was a real bonus.”

Meenan said that as far as she was aware, there were only two definitive reports of owls roosting in outbuildings since the scheme started in 2009.

According to Birdwatch Ireland, the barn owl is a characteristic farmland bird that has undergone a decline in its geographical range in recent times. It is a red-listed bird of conservation concern in Ireland due to a decline of over 50% in its population over the past 25 years. It is also listed as a Species of European Conservation Concern.

Birdwatch Ireland said that the reasons for its decline are not fully understood, but can most likely be attributed to the loss of suitable habitat due to various aspects of agricultural intensification and the increased use of harmful second generation anti-coagulant rodenticides.

Other factors that have been implicated in their decline, Birdwatch Ireland said, are: the loss of suitable nest sites; an expansion of major road networks; and the increased severity of winters.