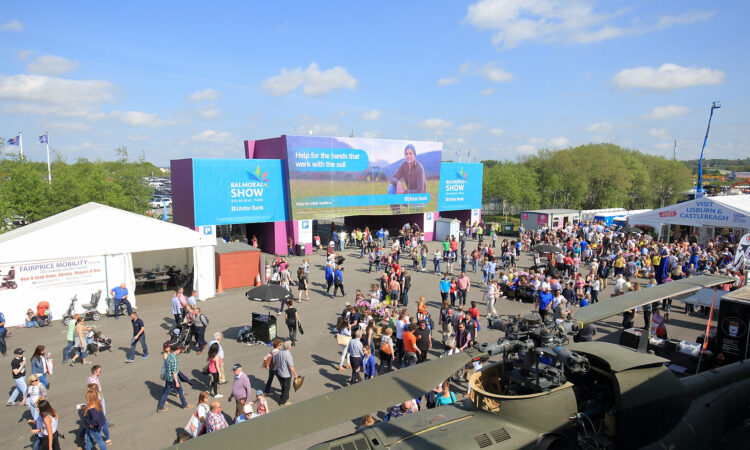 This year’s Balmoral Show formed the backdrop for a transition that will revolutionise production agriculture in Northern Ireland over the next decade.

The driving force for all this change is, of course, Brexit.

Everyone agrees that farming and food will be the sectors most affected by the UK’s withdrawal from the European Union.

Take, as a case in point, the fact that most years see subsidies from Brussels making up 80% of the incomes generated on farms throughout Northern Ireland.

The problem is that no one knows what form the final Brexit deal will take.

However, everyone knows that any obstacles placed in the way of the current cross-border trade patterns, where farm commodities and food products are concerned, will deal a hammer blow to the prospects of every farm family on this island.

And the same principle holds where east-west trade between Ireland and the UK is concerned.

It should come as no surprise then to learn that every farm leader, who could step up to a microphone throughout the four days of Balmoral 2018, was beseeching the North’s politicians to get back to Stormont ASAP.

Leading the charge in this regard was Cyril Millar, the president of the Royal Ulster Agricultural Society (RUAS). He pulled no punches at all while speaking at a Department of Agriculture, Environment and Rural Affairs (DAERA) breakfast.

Millar made it perfectly clear that Northern Ireland’s politicians were neglecting their duties by not having an official input into the ongoing Brexit negotiations.

The event also provided DAERA permanent secretary Dennis McMahon with an opportunity to confirm that his officials are actively interfacing with the powers-that-be in London, Brussels and Dublin on a wide range of Brexit-related matters.

But given the outcome of the recent High Court ruling – which knocked back the decision by a Belfast-based civil servant to allow the development of a waste incinerator in Co. Antrim – one must wonder what actual difference DAERA officials can make when it comes to the ‘nitty gritty’ of the Brexit negotiations?

But Brexit wasn’t the only show in town at Balmoral 2018.

One of the most encouraging aspects to this year’s event was the tremendous attendance of visitors from south of the border.

The vision of the RUAS for its new Balmoral Park home is to develop an international exhibition centre and visitor attraction on the site.

Lots of people thought that the members of the society had lost the plot when it moved Balmoral Show out of Belfast six years ago.

History has proven the ‘naysayers’ wrong. The only weakness in the current RUAS business plan is the lack of a direct road link from the Sprucefield roundabout on the M1 into Balmoral Park.

Unfortunately, that ‘little issue’ will be held in abeyance until the North’s politicians decide to re-instate the Stormont institutions. 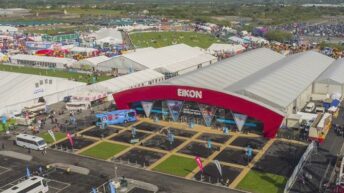