Andrew Doyle appointed Junior Minister at the Department of Agriculture 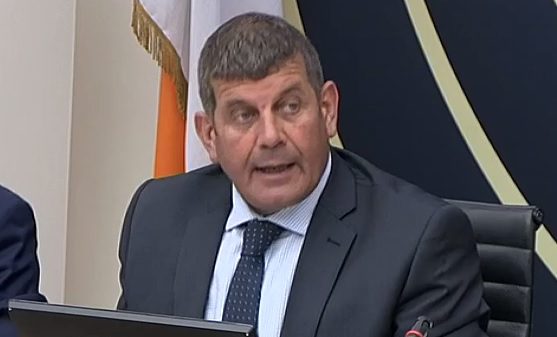 An Taoiseach, Enda Kenny, has announced Andrew Doyle as Minister of State for Food, Forestry and Horticulture in the Department of Agriculture.

The Wicklow-East Carlow TD comes into the position with a wealth of experience in agriculture having served as Chairman of the Oireachtas (Parliament) Joint Committee on Agriculture, Food and the Marine.

Married to Ann, with whom he has four children, he was first elected at the 2007 general election to the Dáil and became the Deputy Spokesperson on Agriculture with special responsibility for Food and Horticulture.

In 2010, he was promoted to the opposition frontbench as the spokesperson for Agriculture. Deputy Doyle was re-elected to the Dáil at the 2011 general election and was made Chairman of the Agriculture Committee.

Among his achievements in the Dáil, he introduced legislation entitled ‘Food (Fair Trade and Information) Bill 2009’ to provide in the interests of the common good, for the prohibition of activities which prevent, restrict or distort fair trade in grocery goods in the State, and to provide for information on the grocery trade in Ireland to be gathered and published.

Doyle’s appointment comes in the wake of Cork TD Michael Creed rising to the position of Minister for Agriculture in recent weeks.

Doyle is likely to face challenges in his portfolio almost immediately particularly in the area of forestry. Ireland has pinned significant hopes on forestry as a way to reduce the offset emissions from the agriculture sector.

However, to date, new forest plantings have been running behind target.

The Taoiseach also appointed independent TD Sean Canney to the new position of Minister of State for the Office of Public Works and Flood Relief.

Canney has been quite vocal on the flooding issue with his constituency of East Galway significantly impacted by flooding last winter.