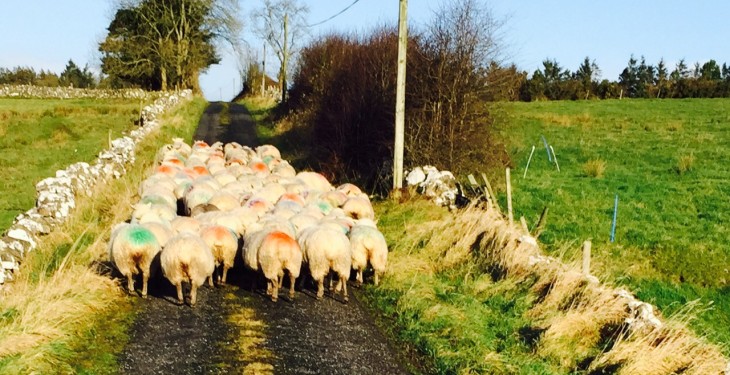 Co-operation across the island of Ireland is vital in addressing the recent issues facing sheep farmers after the introduction of new EU regulations on Country of Origin Labelling, the North’s Agricultural Minister Michelle O’Neill says.

Minister O Neill said she was concerned by the issue and had been working closely with her counterpart in the south, Minister Simon Coveney, to agree a way forward which would help ensure a fair deal for both farmers and processors.

“Traditionally, we have a healthy north-south lamb trade which has benefited the industry across Ireland.

However, the introduction of new EU labelling rules, appears to have adversely affected farmers in the North, with some processors reluctant to accept their lambs.

Through discussions with farming and processor representatives, my officials have been assessing the impact of the new regulation and other contributing factors, such as the euro/Sterling exchange rate.

“I have raised the issue with Minister Coveney and we have tasked officials with looking at whether we can agree additional voluntary label(s) which would support the industry across the island and also improve the information available to the customer.

“Furthermore, I would encourage major retailers and food service businesses, across the island and beyond, to accept all-Ireland origin products,” she said.

She also said that her officials have also had discussions with the Food Standards Agency (FSA) in the North and with UK food officials on the impact of country of origin labelling and the scope for solutions, including voluntary labelling.

“I intend to write to the Secretary of State at the Department of Environment, Food and Rural Affairs (DEFRA), Liz Truss firstly, to highlight the difficulties for our industry here and, secondly, to emphasise the need for maximum flexibility in labelling products from the North.

“I have already raised this issue face to face with EU Commissioner Phil Hogan when he was in Belfast and I am determined to continue lobbying the Commission. I will highlight the inherent problems of the labelling regulations and will robustly make the case for our unique circumstances to be taken into consideration,” she said.

The Minister concluded by encouraging those within the industry in the north to make their voices heard and to share their experience of the impact of the new rules.