The agriculture sector needs to take steps to combat climate change while also preparing itself for the obstacles it will present, according to a report from the Food and Agriculture Organisation of the United Nations.

There must be a rapid transformation of farming and food systems to cope with a warmer world, the report said.

Agriculture, which includes forestry, fisheries and livestock production, generates around one fifth of the worlds’s greenhouse gas emissions.

We cannot assure any more that we will have the harvest we have planted.

The FAO advised that a “business as usual” approach could put millions more people at risk of hunger compared to a future without climate change.

People who rely on agriculture for their livelihoods in poor areas in sub-Saharan Africa and South and Southeast Asia would be worst affected, while food security in the future in many countries will worsen if no action is taken, the FAO believes.

The food organisation of the United Nations acknowledged that overhauling farming and food systems will be a very complex process.

The high number of stakeholders, the volume of farming and food processing systems, and the differences in ecosystems would all pose difficulties for an overhaul.

Efforts to combat climate change must happen sooner rather than later, as the adverse impacts it has will only worsen with time, according to the report.

“The benefits of adaptation outweigh the costs of inaction by very wide margins,” the FAO Director-General said.

The report also identifies ways in which the agriculture sector can lower the level of greenhouse gas emissions.

For example, with a change to more efficient practices emissions from the livestock sector can be reduced by up to 41%, the FAO said. 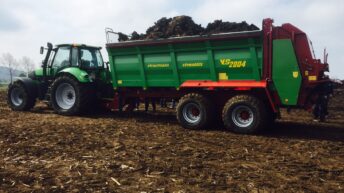