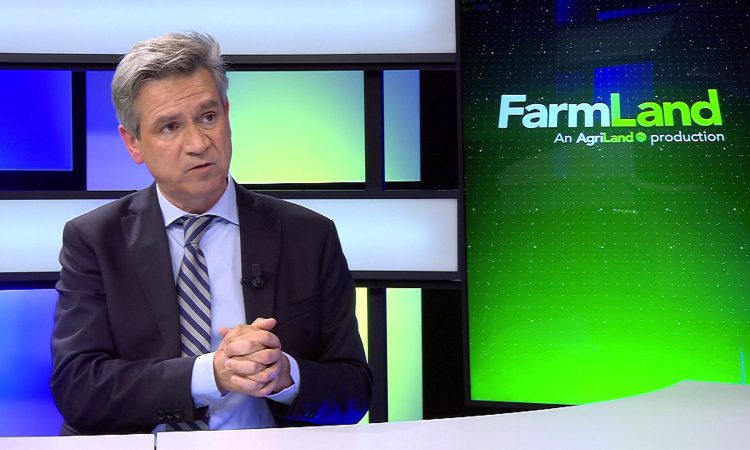 While greenhouse gas emissions from European agriculture have tracked downwards over the last 25 years, Ireland’s performance has been at the lower end of the scale, a top European Commission official has stated.

Speaking to FarmLand, Pierre Bascou director of sustainability and income support at the Directorate-General for Agriculture and Rural Development – or DG AGRI as it’s commonly known and which operates under the authority of European Commissioner Phil Hogan – outlined that EU-wide emissions from agriculture have been reduced by “more than 21%” over the last three decades.

While he described this decline as “extremely positive” in terms of the contribution of agriculture to the fight against climate change, he warned that the trend has “slowed substantially” over the last few years.

This is one of the leading factors behind the EU’s move to step up environmental efforts under the reform of the next Common Agricultural Policy (CAP) post-2020.

Bascou highlights that Ireland, in comparison to other member states, has not been pulling its weight.

Agriculture is currently responsible for 33% of the country’s greenhouse gas emissions, according to the Environmental Protection Agency.

When asked how he would describe Ireland’s performance on tackling emissions, Bascou said:

“I talked about a figure of 21% reduction in greenhouse gas emissions from the EU farm sector – in Ireland this figure is much more modest.

We have registered it at -1%, so there has been a very slight decline in greenhouse gas emissions from the farm sector in Ireland, a very modest performance.

“At the same time if you look at the development in production levels over the last 25 years – particularly in the livestock sector which is the most important sector with dairy in Ireland, we have seen a very significant increase in emission efficiency of the sector.

“We have seen also a lot of effort from the Irish Government in promoting change in the farm sector to reduce emissions; but overall this effort has been very modest.

“The production increase which we have seen over the last few years has played against the emission reduction potential in Ireland,” he said.

However, Bascou also acknowledged the challenge of reducing emissions from agriculture in general terms.

Agriculture has a limited mitigation potential which is intrinsic and inherent to the biological process of agriculture – and particularly in the livestock sector.

“The CAP and member states will have a key role in helping to support farmers in changing production practices in order to better sequestrate carbon in the soil, limit emissions and at the same time provide a lot of biomass to the other economic sectors; while, at the same time, ensuring food security which is a primary objective of the farm sector and of the CAP.

“We are convinced in the commission that we can develop some win-win solutions by supporting the implementation of specific practices.

“It’s up to the member states to see what is the best mitigation strategy to put in place in order to be the most effective and the most efficient.

“What matters to us is that all economic sectors contribute to the reduction of emissions which is absolutely fundamental in our fight against global warming,” he said. 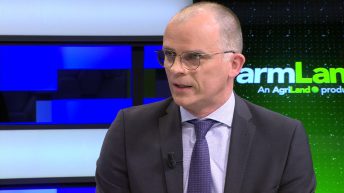