The Minister for Agriculture, Food and the Marine, Michael Creed, confirmed that the rate of advance payments would be increased from 50% to 70% during the National Ploughing Championships.

Similarly to last year, the Department of Agriculture received European approval to issue advance payments of 70%. The balancing payments are scheduled to begin from December 1.

Confirming the news last month, Minister Creed said: “I am acutely aware of the significance to farmers and the wider rural economy of the Basic Payment, and I am also mindful of the ongoing market difficulties.

I can assure all concerned that my officials will do all that’s needed to ensure the maximum number of applicants receive their advance payment at the earliest possible date subject to the necessary requirements of the schemes being met.

A total of 87% of farmers decided to submit their BPS applications online in 2017. Approximately 13,000 extra farmers made the move online this year – which brought the total number of online applicants to 113,600.

Meanwhile, Northern Irish farmers also welcomed the news recently that the rate of advance Common Agricultural Policy (CAP) payments would be increased to 70% of the claim value.

The jump from 50% of the claim value was confirmed by the Department of Agriculture, Environment and Rural Affairs (DAERA) earlier this month.

The department decided to submit an application to the European Commission seeking approval to increase the rate of advance payments following heavy rainfall and subsequent flash flooding in August.

There was a record uptake of online Single Applications in Northern Ireland this year, with a total of 99.53% of farmers submitting their applications online.

The total number of Single Applications received by the deadline was 24,901, of which 24,783 were submitted via DAERA’s online service; 9,557 farmers switched to online application in 2017. 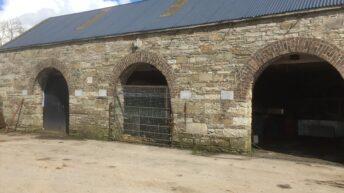