The Irish co-op scene is male dominated, with most of the seats at board level being filled by men.

However, change appears to be on the way, with an increasing awareness of the importance of women’s views and presence on co-op boards being discussed at the Irish Co-operative Society Organisation’s (ICOS) 40th annual conference this week.

Michael Spellman, Chairman of the ICOS Marts Committee said there is a need to involve more women at decision-making level in co-ops.

However, he said it is difficult to find women who are willing to step forward and take up places at the highest level of co-operative structures.

It seems to be extremely difficult to involve women on boards, even though there is an increasing number of women getting involved in managerial positions in some co-ops.

“I think there is a good place for more involvement of women on co-op boards,” he said.

Also speaking at the conference, the USDA’s Dr Tom Gray said that the introduction on women into decision-making is something that needs to welcomed into co-op.

“Women think differently than men, they are much more concerned about relationships.

“It is not black and white, but in a co-operative that is organised in-part around relationships and keeping the organisation growing we need more women,” he said.

Speaking of his experiences in Europe and Macra na Feirme, Alan Jagoue said that the Irish co-op boards tend to be male dominated, which he put down to Irish culture.

In CEJA – the European young farmers organisation –  a young farmer, whether they are male or female are treated the same, he said.

Female farmers are active at European level. It is very much a culture change we need here in Ireland in order to get more female participation on boards.

“We are not going to change that over night, but there is definitely more common at European level, the current CEJA President said. 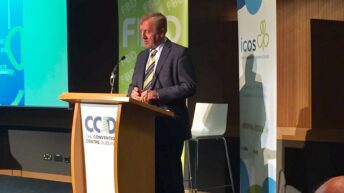 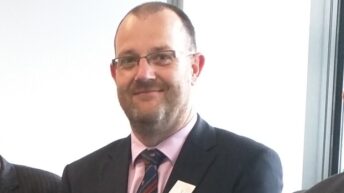 T.J. Flanagan takes over the reins as CEO of ICOS