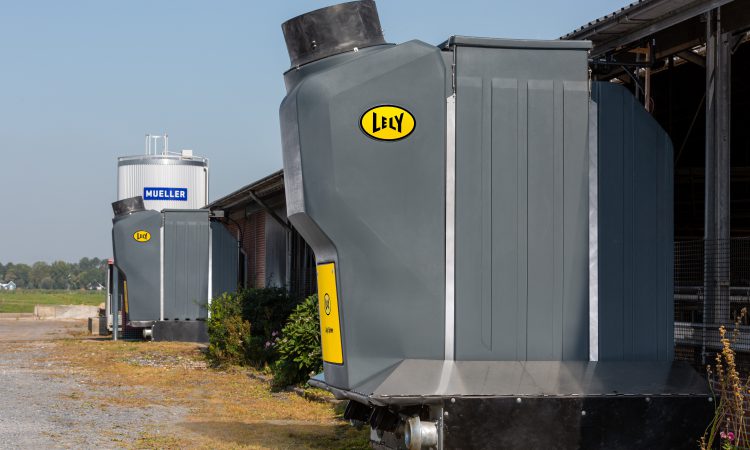 A new shed system for separating mineral flows and converting emissions into value has been unveiled in the form of the Lely Sphere.

Debuted at the Lely headquarters of Maassluis in the Netherlands yesterday (Tuesday, October 6) during the Lely Future Farm Days, the system separates manure and urine, converts nitrogen emissions, and creates three valuable types of fertiliser.

Dairy farmers can use these separated fertilisers for precision fertilisation. This closes mineral loops better, reduces nitrogen emissions, and creates a healthier climate in the barn, Lely claims. 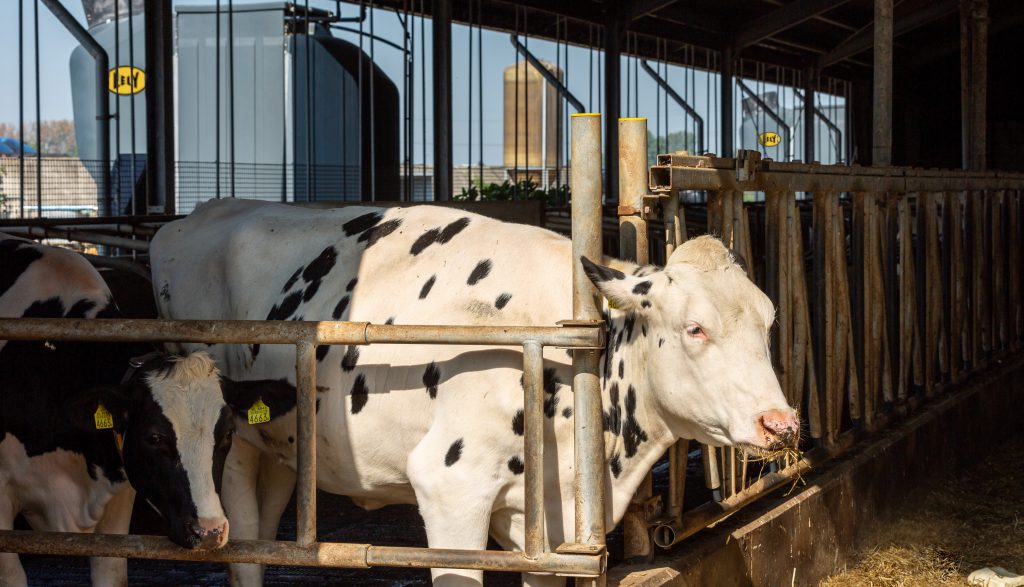 For dairy farmers, closing mineral loops is becoming increasingly important because it improves the social acceptance and sustainability of farming.

Minerals leave the company through milk, meat, manure disposal and emissions from manure. By making better use of the minerals in manure and converting losses through emission into value, the mineral loop is better closed and less fertiliser needs to be purchased, the manufacturer claims.

In a breakdown of the Lely Sphere system, first off, manure and urine are immediately separated from each other.

The urine flows through separation strips to the pit, while the manure remains above. This is the first step to limiting emissions, because separating at the source results in less ammonia in the barn.

The Lely Sphere N-Capture creates an “underpressure” beneath in the pit, and extracts manure gases that are created under and just above the barn floor. This also includes the remainder of the ammonia formed on the walking surface and the pit.

The filter in the N-Capture captures the ammonia, and uses acid to convert it into circular fertiliser. The Discovery Collector barn cleaning robot regularly sucks up the solid manure, keeps the barn floor clean, and transports this solid fraction to a chosen disposal site.

Livestock farmers can use the exact type of fertiliser needed to fertilise soil and crops, precisely where and when it is needed, Lely claims.

Meanwhile, fewer emissions are formed when spreading on grassland.

The three types of fertiliser allow livestock farmers to respond better to the needs of their grass and corn, the manufacturer adds.

Official measurements at test farms have shown that total ammonia emissions from barns are reduced by approximately 70%.

As an emission-limiting system, Lely Sphere also reuses nitrogen as a substitute for chemical fertiliser. Practical tests have shown that 10 to 20kg nitrogen per cow per year can be ‘harvested’, the dairy robotics giant asserts.

Separating manure and urine and ventilating the pits reduces ammonia in the barn. Extracting manure gases from the pits also increases safety, as these harmful gases no longer accumulate in the manure pit. 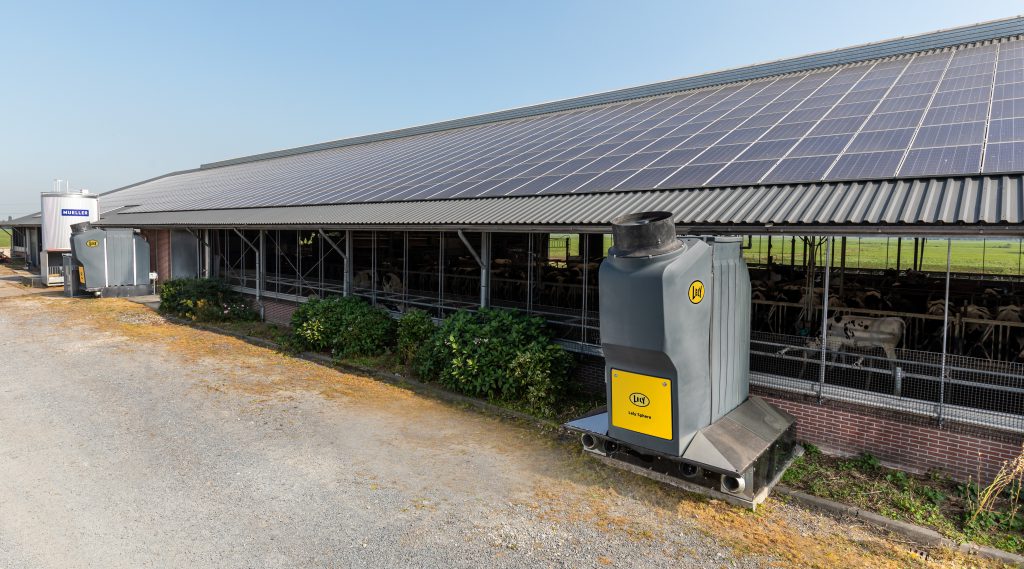 The Discovery Collector keeps the barn floor cleaner, which improves hygiene and claw health. Besides creating value from manure, Lely Sphere also keeps the barn climate healthy and safe for humans and animals, it is claimed.

Work on developing Lely Sphere began in 2015. The systems have been operational since 2017, and are now running on four test farms. The system has international potential, but initially Lely will focus on the Dutch market. 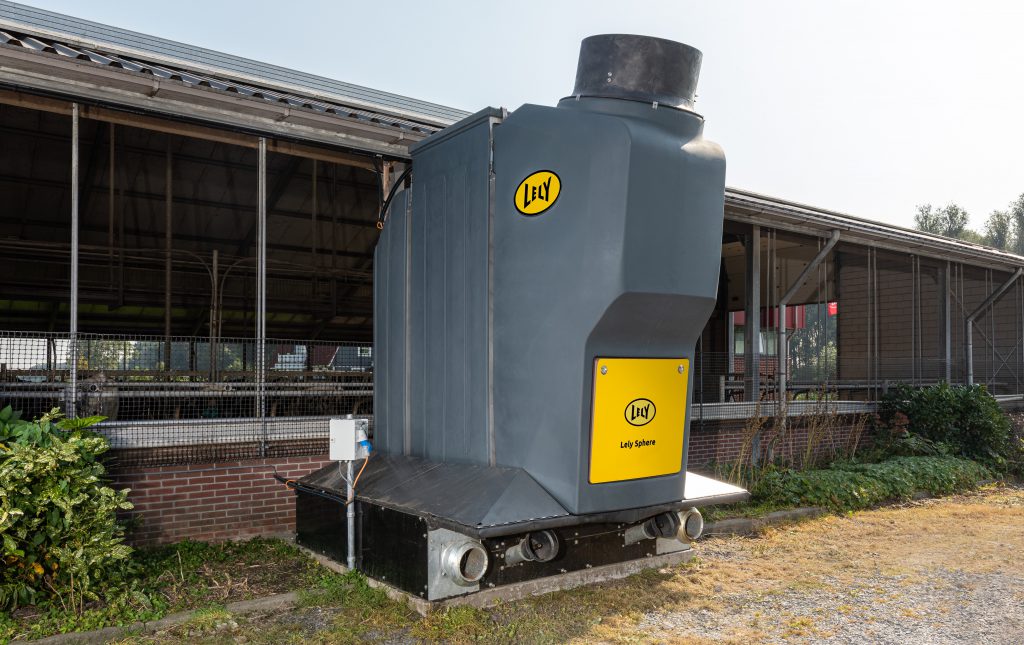 At the moment, approximately 60% of the official measurements necessary for recognition under the Netherlands Livestock Farming Ammonia Regulation (RAV) have been completed.

It is expected that this official recognition as an innovative housing system against ammonia emissions will be granted in the third quarter of 2021. Following this, Lely hopes to make the system available to more livestock farmers in the Netherlands. 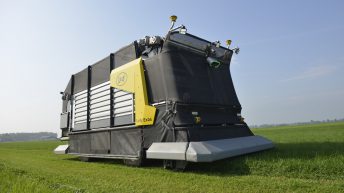