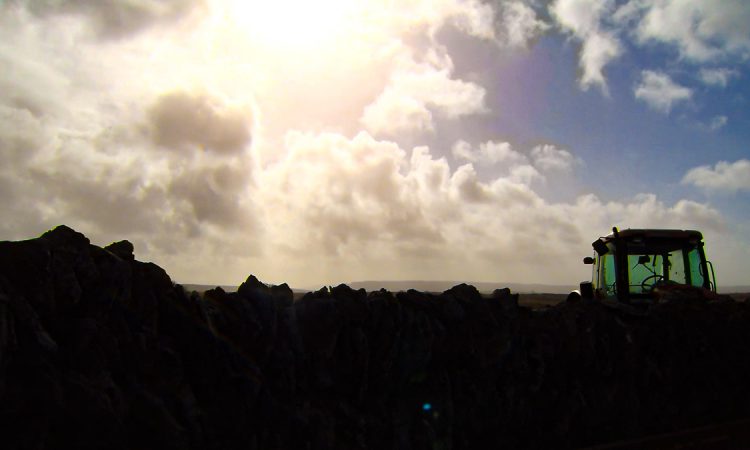 The week ahead will see fairly high temperatures, but there will also be plenty of cloud and rain or showers at times, according to Met Éireann.

It will be cloudy this morning, Monday, August 10, with patches of mist and fog lingering. Much of the country will stay dry today but showers will push in from the south, affecting mainly parts of east Leinster and Ulster through the day.

The showers today are likely to be most frequent in eastern coastal counties, with some heavy and thundery bursts possible. Highest temperatures will be 18° to 24°, warmest over Munster.

Winds today will be light northeasterly or variable in direction, but will be gusty in and around showers.

Tonight, some showers may continue for a time along eastern and northeastern coasts, but generally it will be a dry, mild and humid night with some patchy mist developing. Lowest temperatures should be 11° to 15° in light northerly or variable winds.

Tomorrow, Tuesday, August 11, will be generally dry and mostly cloudy, with just a few sunny spells and the possibility of some isolated showers. Cloud will likely break in the southwest in the afternoon, with some good sunshine, which will extend over much of the country during the evening, but staying mainly cloudy over Ulster.

It will continue warm, with highest temperatures of 20° to 24° in otherwise light variable breezes, or slightly cooler near coasts as sea breezes develop.

Tuesday night will be a dry night with good clear spells and patchy mist developing. Lowest temperatures will be 10° to 14° in light variable breezes.

Wednesday, August 12, will be dry and mostly cloudy to start, but brightening up during the afternoon with isolated showers possible. It will be warm again, with highest temperatures of 20° to 24° in light northerly or variable breezes, with sea breezes keeping coastal areas cooler.

Wednesday night will be mild, with temperatures of 10° to 15°. Some showery conditions may develop in the southeast towards dawn. Mist patches will develop in light northerly breezes.

After Wednesday, there is a good deal of uncertainty, but current indications suggest that, after a mainly dry start to Thursday, August 13, showers will move in from the south, becoming widespread with the risk of thundery downpours.

Highest temperatures on Thursday should be 17° to 22° in light northeasterly or variable breezes.

It will be mild and humid overnight on Thursday, with lowest temperatures of 13° to 16° as showers continue.

Indications suggest that Friday, August 14, will be generally cloudy with scattered showers. There is still a potential for some thundery bursts in places. Highest temperatures will be 19° to 23°.

According to Met Éireann’s latest farming forecast, issued yesterday, Sunday, August 9, drying conditions will be fairly good after today (Monday), though deteriorating towards the weekend due to slightly more unsettled conditions. There should also be good opportunities for spraying after today.

Soil moisture deficits of up to 36mm are present in parts of the eastern half of the country. Elsewhere, poorly drained soils are generally saturated or close to saturation.

Over the coming week, most soils are expected to have soil moisture deficits between 10mm and 50mm, with the driest conditions expected in the southeast.