This week will bring a mixed bag of weather with scattered showers and some clear spells, while temperatures are forecast to reach the high teens, according to Met Eireann.

Today, Monday, will be rather cloudy with outbreaks of rain and mist or fog on south coasts. The rain is forecast to be heavy and persistent in parts of the west this morning.

Later today the rain will turn more persistent in the east, it says, and it will become drier and brighter in the west.

Maximum temperatures will vary between 16 to 20 degrees, with the highest temperatures promised in the east today.

Southerly winds will be fresh to strong in the eastern half this morning, but winds will moderate everywhere during the afternoon and will become mostly light and variable by evening, Met Eireann says.

Outbreaks of rain will continue tonight in the east, but the west will stay mainly dry with some clear spells promised.

Temperatures tonight are forecast to range between 8 to 11 degrees in light west to northwest winds, the forecast says.

Tomorrow, Tuesday, will see further rain at times over the eastern half of the country while the west will continue mainly dry with some sunshine, with highest temperatures of between 14 to 18 degrees, according to Met Eireann.

Tuesday night will be dry in many areas, but rain is likely to return in eastern areas overnight, with temperatures dropping to between 7 to 11 degrees.

Meanwhile, rain mainly confined to eastern counties at first, will spread westwards during Wednesday. The rain is forecast to clear in many areas overnight, but it may linger in the east.

Any remaining rain should clear in the east early on Thursday, with the rest of the day looking mainly dry with sunny spells and temperatures reaching highs of 19 degrees, according to the forecast.

Early indications from Met Eireann are that Friday will be a day of sunshine and showers, with the showers mainly affecting the west of the country and temperatures of between of 15 to 18 degrees.

There will be opportunities for spraying to be carried out this week thanks to some clear spells and light to moderate winds, while field conditions remain in good shape.

A status yellow blight warning has been issued by Met Eireann this week, as weather conditions conducive to the spread of potato blight are likely to occur. 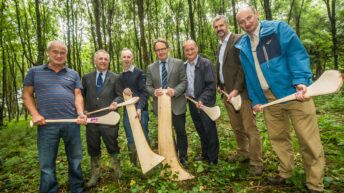 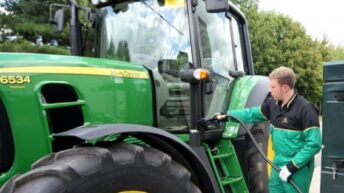