A ‘back to school’ boost for Dunnes 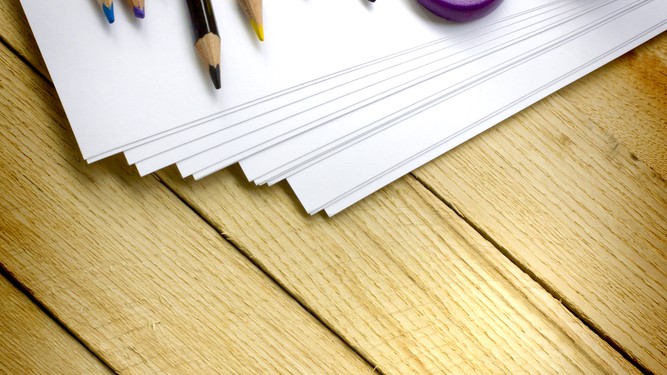 The latest supermarket share figures from Kantar Worldpanel in Ireland, published today for the 12 weeks ending 15 September, show a strong performance from Dunnes with the retailer successfully encouraging shoppers to spend more.

Kantar Worldpanel commercial director David Berry explained: “After losing out in the back-to-school battle last year, Dunnes has placed more emphasis on beating the competition this year.  It has seen a sharp increase in shopping basket size, with average value growing from €28.12 last year to €30 now.  Shoppers have been encouraged to spend more through a targeted voucher campaign, leading to a six per cent boost in larger, €50 plus shopping trips.  This has helped to turn what was a €17m loss from shoppers switching away from Dunnes last year into a €10m gain this year.”

Berry continued: “The build up to the key Christmas period will show if the discounters can sustain their strong growth or if a ceiling is starting to be reached.  Their ongoing growth combined with the improved performance from Dunnes has placed pressure on Tesco.  Its sales have declined by 5.6 per cent, leading to a 1.9 percentage point drop in market share.  This decline also reflects the strong performance posted by Tesco last year and its record market share over the summer of 2012.” 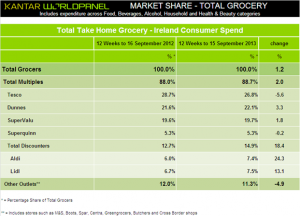