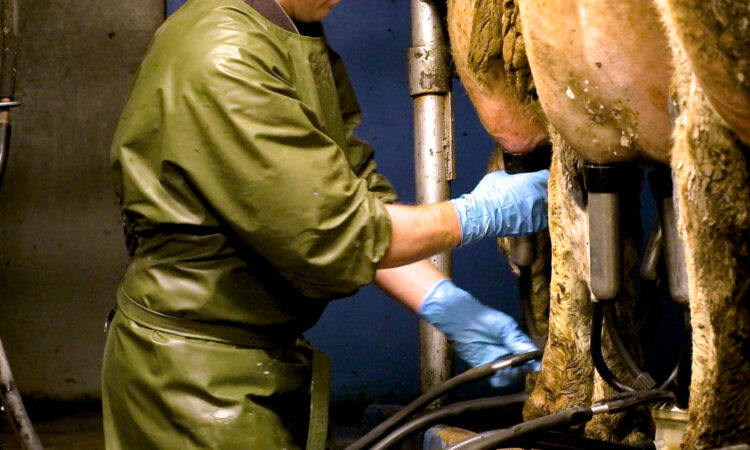 The easiest way to prevent clinical or sub-clinical mastitis cases is through good milking practices.

Also, dairy farmers who may have been milking once-a-day (OAD) for the month of February, will now begin to make the switch to twice-a-day (TAD) and so should be mindful of their milking techniques.

Although, some simple milking practices can be difficult to adopt at times; nonetheless, in a short space of time they can easily become second nature.

This may seem like a very obvious routinely action. However, it can sometimes be forgotten about during busy periods.

In addition, disposable nitrile gloves should be worn. This can be a difficult habit for some farmers to get into; but, wearing gloves significantly decreases the spread of mastitis and they are much easier to clean during milking.

Furthermore, after handling a mastitis infected animal, it is vital that your gloves are washed and disinfected (using teat dip) before continuing milking.

2. Present a clean cow for milking

Dirty udders should be washed and dried thoroughly using a paper towel, before attaching the cluster.

Another obvious procedure, but it can be forgotten about when preoccupied by something like an unsettled heifer.

If greater than 5% of the herd is coming in with dirty udders, there is a problem with management before milking. To avoid this, ensure roadways, yards and cubicles are kept to a high standard of cleanliness.

3. Do not over or under milk cows

It is important that cows are milked out fully when milking; as wasted milk equals wasted time.

Under milking a cow can significantly reduce her milk production potential and increase her susceptibility to getting mastitis.

However, do not over milk cows, particularly freshly-calved cows.

Teat dipping a cow after she is milked is one of the most important jobs in the milking process.

Advertisement
Teat dipping can be a pointless exercise if not carried out correctly – the whole surface of the teat must be covered with teat dip for it to be fully effective.

A simple test to see if your teat dipping technique is up to scratch is through the use of a piece of paper towel.

Place the paper towel around the teat after teat spraying the animal. A solid pattern should be observed where it was touching the teat. If not, the teat is not being fully covered in the teat spray. 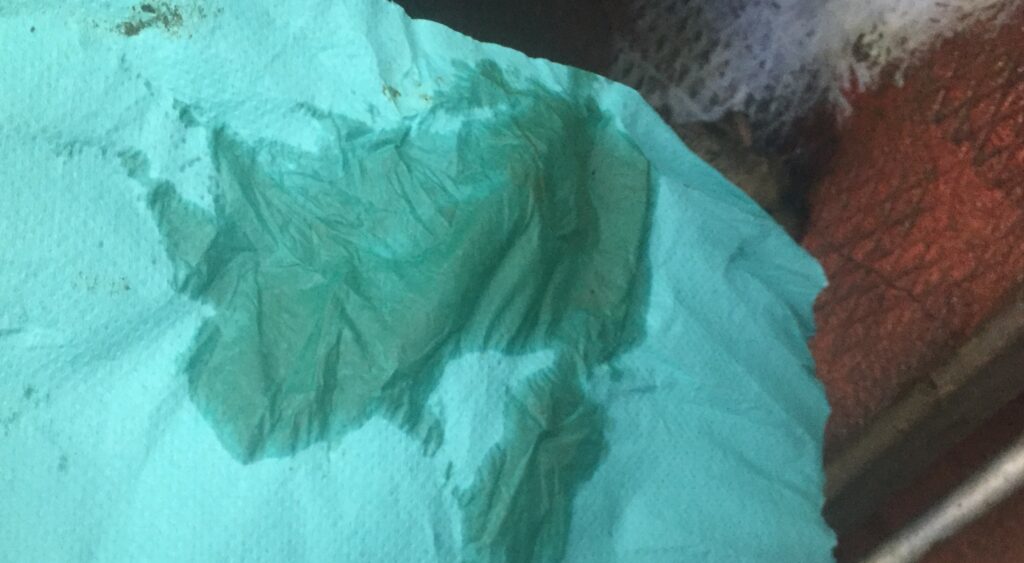 5. Be on the look out for signs of mastitis

Clinical cases of mastitis are clear. However, sub-clinical cases are not. The sooner an animal with mastitis is found and treated the faster the cure rate.

Signs of clinical and sub-clinical mastitis:

Some dairy farmers routinely strip cows daily for signs of mastitis; however, this should be avoided unless there is a real need to. For example, if the milk filter contains clots or if there has been a sudden rise above normal somatic cell count (SCC).

Routinely stripping cows may only exacerbate the problem by spreading the infection to non-infected animals.

6. Have a treatment protocol in place

It is important to have a treatment protocol in place for when a mastitis case is found.

The cows’ tag number; reason for treatment; quarter treated; treatment product used; and date treated should all be recorded. Either on a white board or somewhere clearly noticeable for the farmer or an employee milking to see.

Treated cows should be clearly marked either with leg bands and/or with spray paint – preferably on their udder or legs, where it is clearly visual to the person milking.

7. Milk in a stress free environment

Finally, if cows become stressed during the milking process this can trigger mastitis. Cows should be handled calmly and shouting should be avoided.

If a sufficient drafting system is not in place on your farm, this may be something to consider investing in before the breeding season commences. 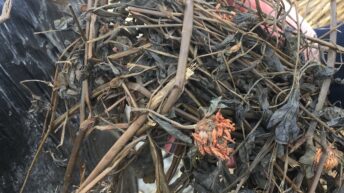