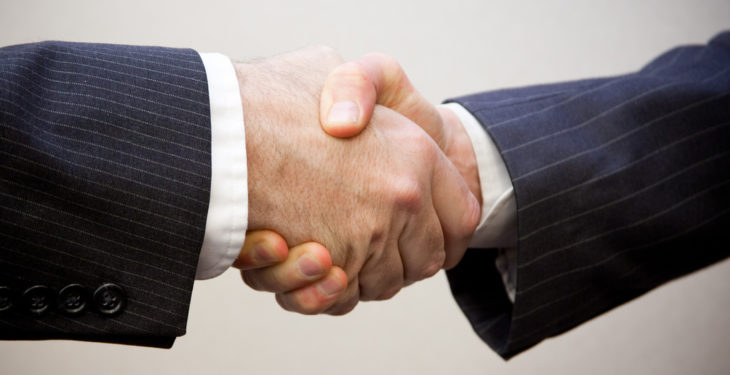 More than half (51%) of professionals working within the agri-food industry believe that Brexit could offer a positive opportunity for Ireland, according to a survey carried out among members of the Agricultural Science Association (ASA).

This figure marks a significant increase in positive sentiment, jumping a considerable 23% from the 28% recorded in 2016.

The findings were released in advance of the annual ASA conference, which takes place in the Killashee House Hotel in Naas, Co. Kildare.

Today’s conference, which marks 75 years of the ASA, will welcome over 400 delegates who will hear from a host of leading Irish and international agri-food leaders – delivering insights on how the industry can remain competitive in an era of immense global change.

Speaking in advance of his opening address at this morning’s conference, Phil Hogan, the European Commissioner for Agriculture and Rural Development, said: “The annual ASA Conference is a welcome opportunity for agri-food operators to take stock of their current and future requirements to compete in an ever-changing global environment.

Europe is the world’s leading agri-food trading bloc thanks to our enduring commitment to quality, standards and innovation.

“I firmly believe we can maintain this competitive advantage if we plan for the future now – taking into account evolving global consumer trends, improving our uptake of innovation and technology in the sector, and delivering more sustainable production systems while building stronger trade relationships with our global partners,” Hogan said.

Other headline speakers include: Ambassador Darci Vetter, former Chief Agricultural Negotiator for the US Trade Representative under the Obama administration; Prof. Nicola Shadbolt, Director of Fonterra Cooperative; Jeroen Elfers, Director of Corporate Affairs, Friesland Campina; and Aidan O’Driscoll, Secretary General at the Department of Agriculture, Food and the Marine.

The ASA survey was completed by members of the organisation in July 2017. Key findings focused on three main areas: Brexit; industry challenges; and industry sentiment.

Regarding Brexit, 51% of members believe that Brexit could offer a positive opportunity for the Irish agri-food industry for a variety of reasons.

The main reasons given included:
Advertisement

Other issues raised included concerns around achieving market diversification (16%) and accessing appropriate labour (10%) in order to continue to grow the industry.

On the subject of industry sentiment, members remained positive about the future of the agri-industry – with 96% of those surveyed saying that they would encourage recent graduates to pursue a career in the industry – up 3% on 2016.

Speaking about the findings, Mary Delaney, ASA President commented: “It is very encouraging to see ASA members demonstrating optimism in the future of our industry, despite the challenges we face.

As a representative body for the industry, we are delighted to see 53% of organisations providing formal mentoring to their employees, an increase of 15% from the 2016 survey.

“We hope that today’s conference provides attendees with valuable insights about how our industry can move forward and that the content promotes active discussion,” Delaney added.

A long-standing member of the ASA, Cotter was honoured for his dedication, commitment and immense contribution to the Irish agri-food industry during his almost 40-year career.

He was credited for the pivotal role he played in devising and delivering Bord Bia’s Origin Green initiative, the world-first national sustainability plan – which today boasts a registered membership of over 525 Irish food, drink and horticulture companies and over 60,000 farmers. This award was sponsored by AIB.

The conference, entitled “The Future of Agri-Food” is once again sponsored by FBD Insurance and will celebrate 75 years of the ASA.

The ASA is the professional body for graduates in agricultural, horticultural, forestry, environmental and food science. It has approximately 1,700 members from every discipline of the agri-food sector. 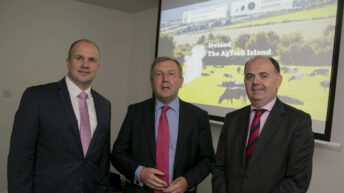