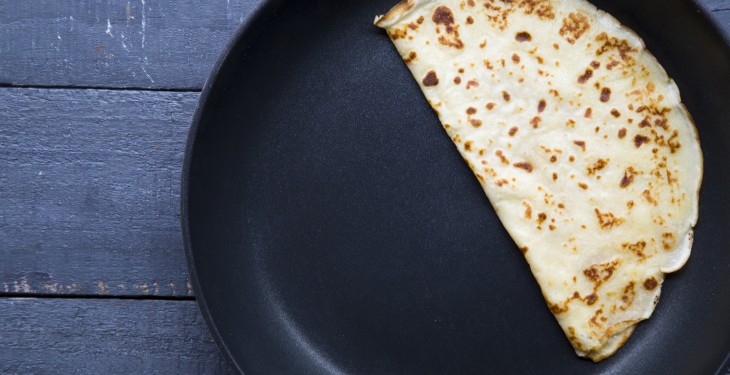 Today, February 9, is Pancake Tuesday and the Irish egg industry is preparing itself for a busy few days.

It’s estimated that consumers will enjoy around 20m eggs, according to Teresa Brophy, Consumer and Trade Marketing Manager with Bord Bia.

So why is Pancake Tuesday, also known as Shrove Tuesday, called just that?

Bord Bia has said it’s called Pancake Tuesday because it is the day traditionally for eating pancakes as they were a way to use up any stocks of milk, butter and eggs which were forbidden during the abstinence of Lent.

Traditionally, Irish pancakes are made from flour, egg, salt and milk. Eggs are a key ingredient for pancakes – Irish consumers spent €103m on eggs last year and we now produce some 551m eggs annually.

For a country that loves its spuds and bacon, traditionally in Ireland, there were five different variants of pancakes (yes, five!) – Beesting, buttermilk, oatmeal, boxty and the fruit pancake.

So if you’ve the frying pan at the ready, Bord Bia has five tips for you for making the perfect pancake:

1. Don’t overbeat the batter
2. Batter for traditional pancakes can be made in advance. However, American style pancakes which include a rising agent like baking powder, should be used immediately.
3. A non-stick pan is vital.
4. Use a little oil or butter to grease the pan. If using butter, be careful not to let it burn.
5. Finally, don’t despair if your first attempt isn’t perfect. You may need a couple of practice pancakes to get the heat right.

While the traditional Irish pancake with lemon and sugar remains popular, many households are now opting for savoury pancakes as a main meal or for more exotic and sweet pancakes with berries, compotes or sauces.

With a never ending choice of fillings and toppings, Bord Bia has compiled some of its favourites: