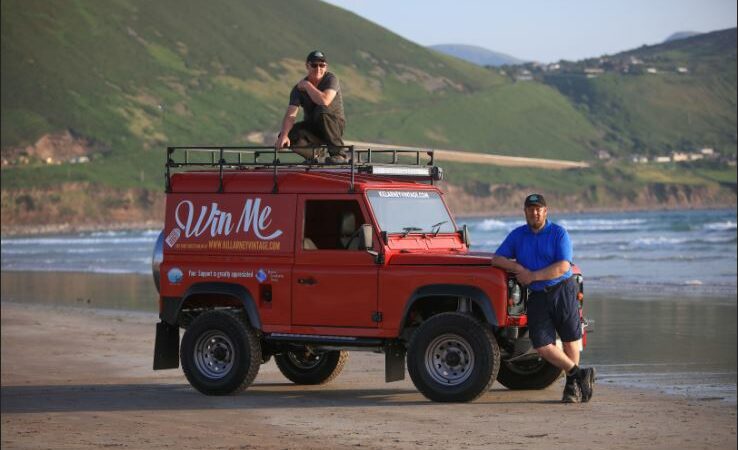 An “old classic” Land Rover 90 has been given a “dramatic new lease of life” in Killarney, for the benefit of local charities.

It was a “labour of love” for the Killarney Valley Classic & Vintage Club, which restored a 1989 Land Rover 90.

Once the jeep was complete, club members “put their work to the test” on Rossbeigh Beach, Co. Kerry, to celebrate their achievement.

The labour-intensive restoration follows the success of the club’s Massey Ferguson 135 tractor which was fully restored for charity last year.

It was onward and upwards for the club which took on a bigger challenge for this year’s event – which happens to coincide with the 70th anniversary of Land Rover.

The old Land Rover 90 was sourced through a friend of the club in Cork and had been off the road since 2002 with only 82,000 miles on the clock.

Members of the Killarney vintage club, Tom Leslie and John Coffey, described the “painstaking but remarkable” restoration story, saying: “The vehicle was in good condition except for the bulk-head which had a serious rust issue.

The chassis and other components had been well-maintained but the club decided to do a full complete dismantle.

The project – which began last November – included: the full galvanising of the chassis “to give it a modern look”; and the addition of a sump guard; winch; roof rack; and awning.

State-of-the-art LED lights were installed on the vehicle and a full-body spray was carried out on the “dream machine”.

Club chairman James Looney estimated that it took over 300 hours of voluntary time to complete the restoration.

“The project was a great social event for our committee and club members and we would like to sincerely thank everyone who got involved with the project,” said the chairman.

All proceeds from this year’s event are in aid of Down Syndrome Kerry and Recovery Haven Cancer Support Group.

The Land Rover will be at different events throughout the county over the summer months to showcase its brand new lease of life.

A draw will take place on November 17 with the lucky winner becoming the proud owner of the revamped Rover.

Tickets for the draw are priced at €10 each and are available online at www.killarneyvintage.com, or directly from either charity.

Anyone with queries can contact club secretary Jacqueline Looney at: 087-3381842. 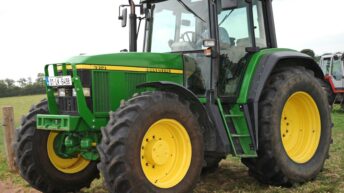