2019 may have marked 140 years of tillage innovation for Kverneland (KV), but it was a simple, single-furrow horse-drawn plough which led the company’s Agritechnica preview event in Klepp, Norway, this week.

The exclusive preview event was attended by just 85 European journalists – including AgriLand – and showcased the company’s most exciting launches of the next two years.

Meanwhile, farmers in Ireland will be happy to hear that old favourites like the KV plough range will also receive a revamp with a new generation of mounted and semi-mounted ploughs unveiled. 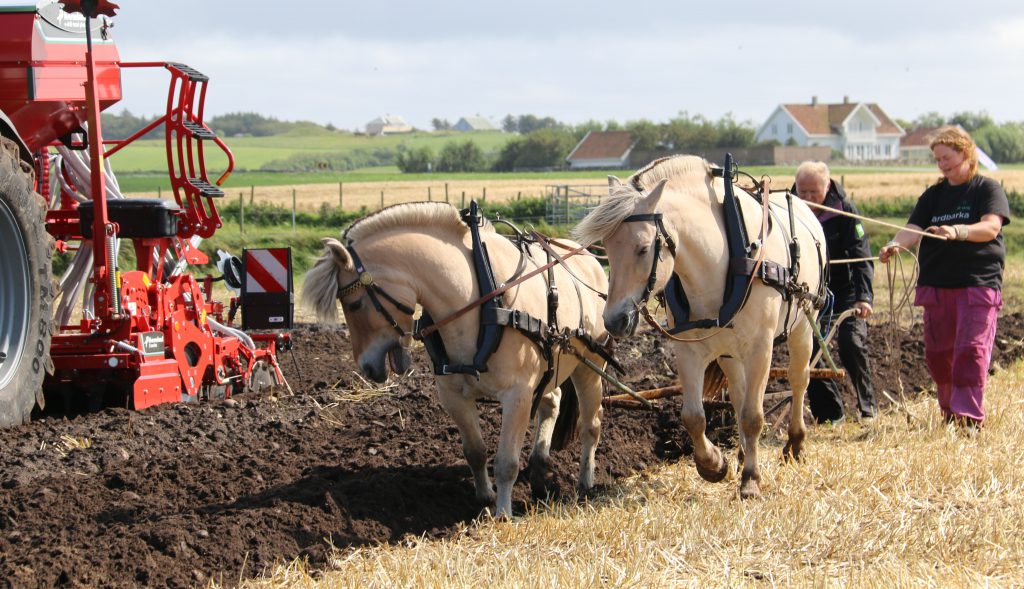 In the field, demonstrations included a horse plough dating back to 1928, while a 1948 Hydrex plough pulled by a ‘grey Fergie’ drew the most attention.

It was followed by the firm’s first reversible plough – the E model – and the ES Variomat plough. The working museum concluded with KV’s latest invention – the 3300 plough. 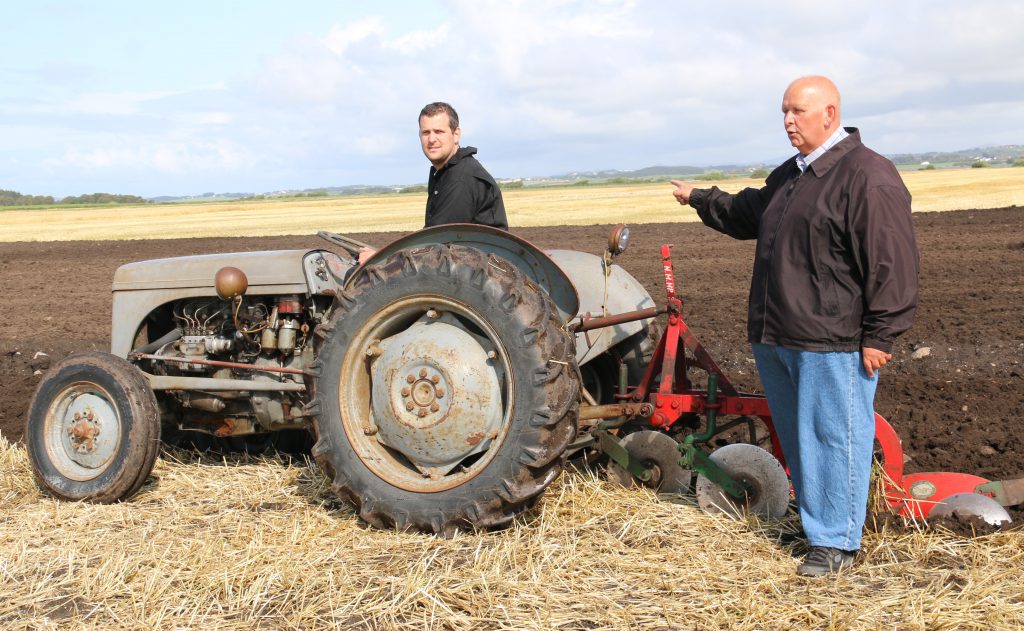 Stein Kverneland, great-grandson of founder Ole Gabriel Kverneland, explained how the second vehicle/plough combination in the procession – a grey Fergie and a two-furrow plough – was 10 years older than him, dating back to 1948.

The model is even complete with its original decals.

“Production started straight after the company was founded. At the start it had two main versions – one of them had a wooden frame and one plough had a two-body steel frame,” Kverneland said.

We found the price; 20 Norwegian kroner – which is comparable with just €2. The steel model was twice the price – so that was nearly €4.

“Do you think you had many customers asking for discounts on these prices?” KV’s Scandinavian managing director Mats Tykesson joked.

The advantages of mechanisation

The pair highlighted the progress made in agricultural mechanisation by Co. Down born engineer Harry Ferguson, who invented the three-point hitch. 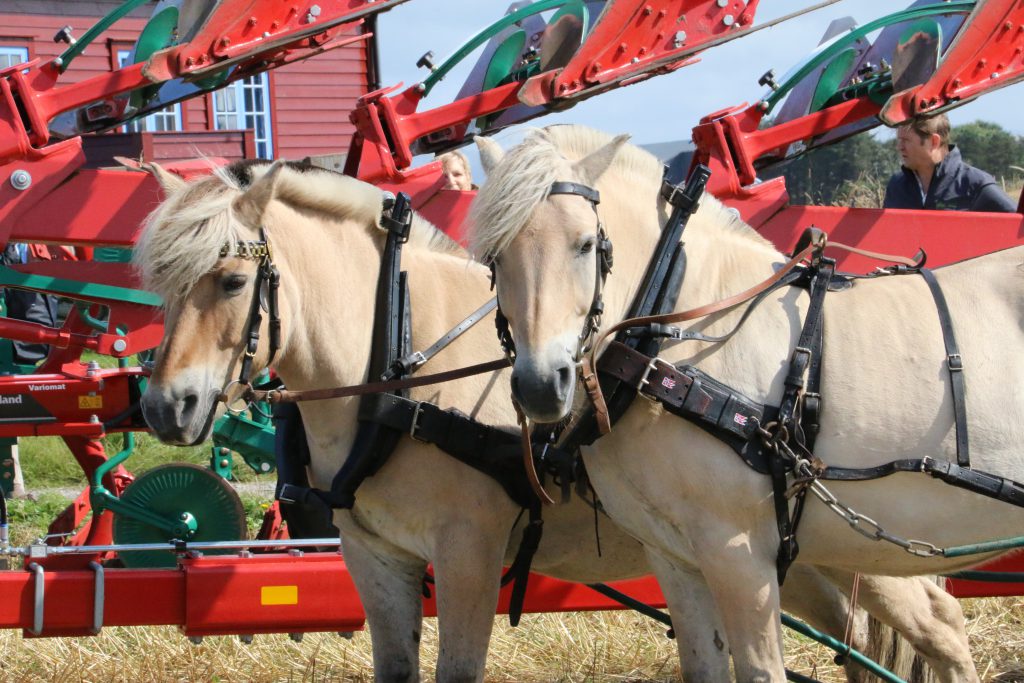 A good horseman could turn over an acre and an eighth in a day with a single-furrow horse-drawn plough; whereas, a tractor and a Hydrex could cover almost 10 times as much.

By comparison, the largest modern plough made by KV today – a 12-furrow model – is capable of turning over more than 150ac a day, with the biggest limitation the size of the fields. 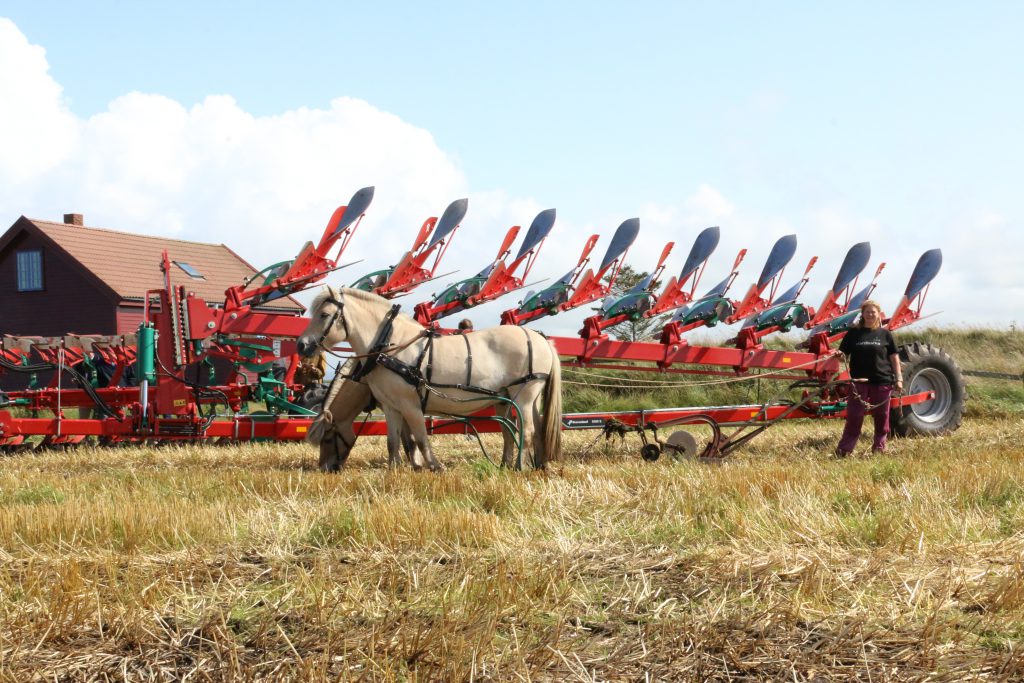 “The first tractor plough was produced in 1928 – that was a trailed plough of course because the three-point linkage had not yet been invented on tractors,” Kverneland explained.

“This nice combination is more than 70 years old; the tractor and plough were bought together in 1948. It was really one of the first tractor ploughs produced at the Klepp factory.”

The very first tractor plough was produced at the factory in 1947 with the model on display dating back just one year later. 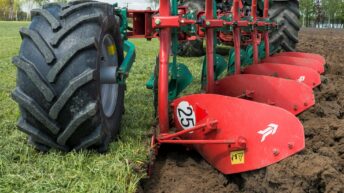