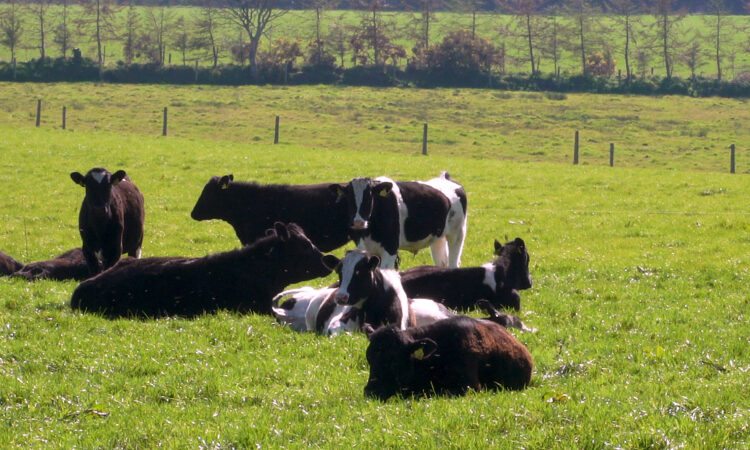 In addition, 18ha are dedicated to tillage. The crops sown include barley and beet, while maize (5ha) will also be sown on rented land.

The entire farm consists of 70ha and is split in two blocks with 60.5ha on the home farm and a 9.5ha out-block located approximately 20km from the home dwelling. The farm is stocked at 2.43LU/ha.

Prior to 2008, the suckler herd and a sheep enterprise took centre stage on the farm. At the time, Peter was also rearing and finishing a number of heifer calves (Hereford and Angus) from the dairy herd and selling that beef at local farmer markets.

Peter is a participant in the Teagasc Green Acres Calf to Beef Programme. 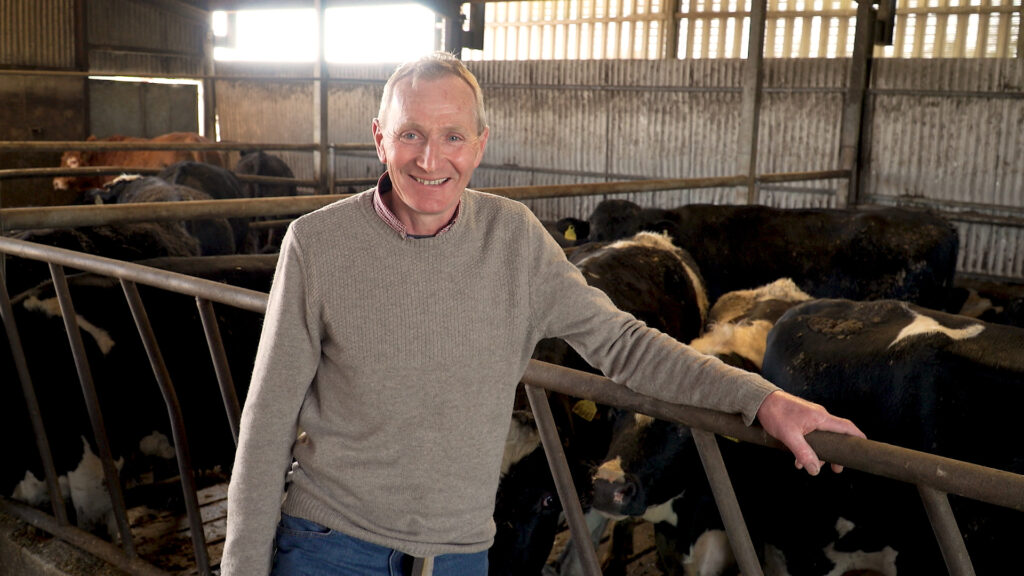 Due to the success of this project and time spent away from the farm selling at farmers’ markets, the sheep were phased out.

The autumn-born calves consist mainly of Friesian bulls with some Hereford heifers.

The calves purchased this spring are Friesian, Angus and Hereford. By purchasing both autumn-born and spring-born calves, this allows Peter to have a constant supply for farmers’ markets, the local butcher and meat factories at different times throughout the year.

To facilitate the expansion of the calf-to-beef operation, the suckler herd has been reduced to 25 cows and the offspring are brought to beef.

As mentioned above, a total of 120 Friesian, Angus and Hereford calves will be reared on the farm in 2019.

When it comes to purchasing his calves, Peter buys his animals direct from dairy farms and prefers that they are at least three weeks old.

When the calves arrive on farm, they are allowed to settle before being introduced to milk replacer and concentrate. From there, a vaccination programme is implemented for protection against pneumonia and IBR.

The calves are housed in individual pens (six calves/pen). Calf health is an area that Peter hopes to improve on over the course of the programme and – all going well – new housing will be developed so that calves do not share the same airspace as older cattle.

“I’ll need to improve my calf housing as calves at the moment are sharing air with older cattle which is not ideal,” Peter explained. 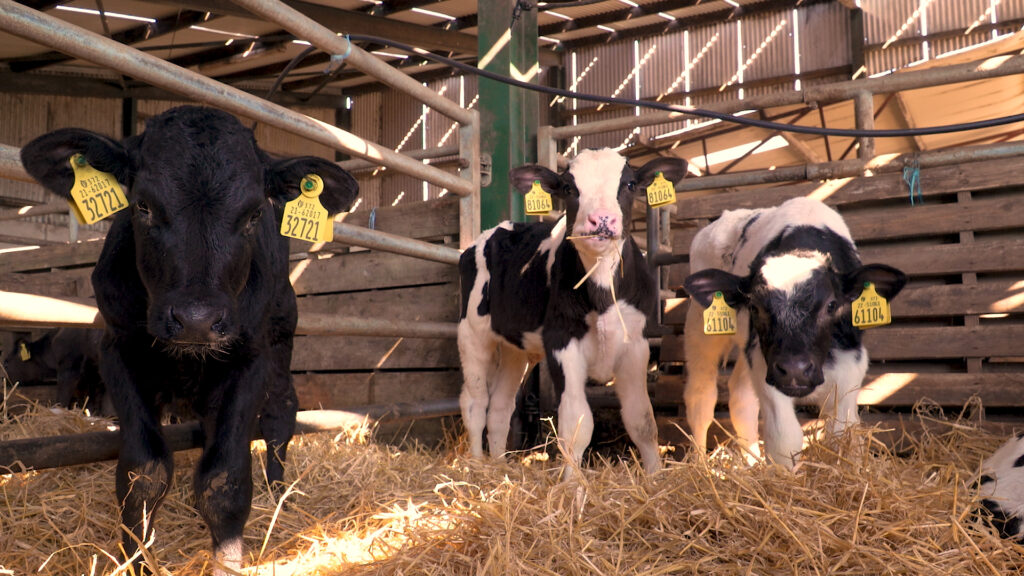 This will also allow the stocking rate to be increased on the farm; weanlings are out-wintered on Redstart. This crop has been sown on the farm for the past two years.

“I find the Redstart very good; it was a bit of a struggle in 2018, but this winter it was excellent. A crop of barley will follow it this year.”

Getting the plate meter out

The farm is best described as dry; however, Peter acknowledged that some parts can be a little challenging in wet weather.

Due to the favourable grazing conditions, yearlings were moved from RedStart straight onto grass on March 1 and they hit the ground running. The autumn-born Friesian bulls were also turned out to pasture on March 1.

Another reason Peter joined the Green Acres Programme was to grow and utilise more grass. This is the first year that Peter will measure grass.

“This time last year I was looking for grass; it was very tight, but there is a surplus of grass this year,” Peter added. 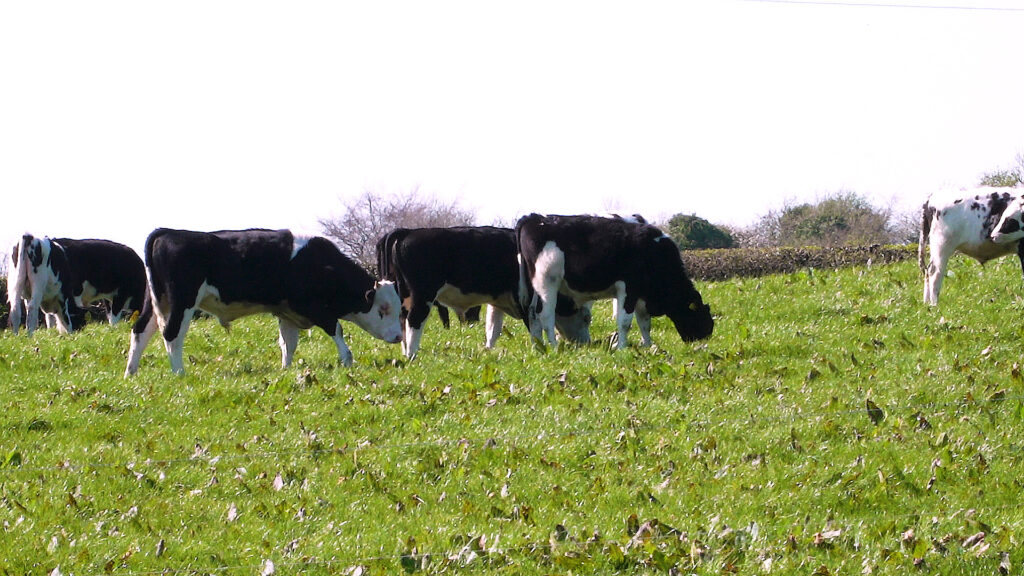 Silage ground is currently being grazed by yearlings. Once finished, this ground will be closed up and earmarked for both cattle slurry and fertiliser.

Peter first made steps to utilising more grass last year by the introduction of paddocks. These paddocks will be sub-divided further with temporary fencing and an existing water system will be adjusted.

“I’ve lots of grass at the moment. I’ve the same area for silage, but it’s looking like I will have a lot of surplus bales from paddocks that go too strong – even if it’s very early.”

Earlier in the year, the entire area under grassland on the farm was soil sampled by Peter’s dedicated programme advisor, David Argue.

These results have since come back and the soil pH is very good. All soil samples – with the exception of one – came back at 6.3 plus. 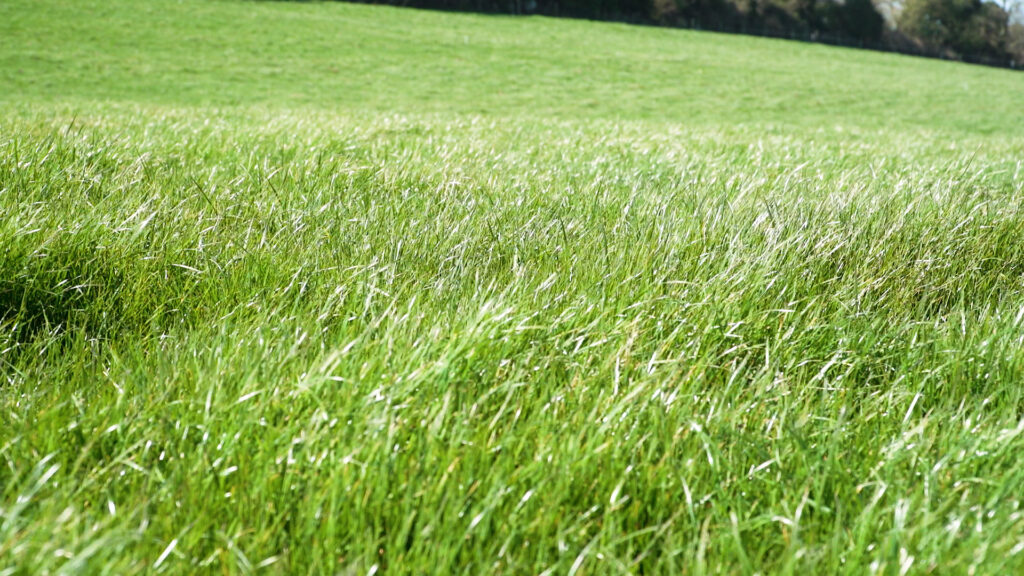 The results indicate that soil fertility in terms of phosphorus (P) and potassium (K) for the majority of the farm are at index 3 and 4; two paddocks are index 2 for P and K.

On the back of these results, a fertiliser plan is currently being drawn up for the farm. Moreover, Peter has carried out some reseeding in the past five years.

Poor-performing paddocks will be identified through grass measuring and Peter hopes to carry out some more reseeding over the next three years.

Back to the sheds

While Peter has different groups of cattle out grazing, he is also finishing a number of his cattle. These are currently housed and are being fed a total mixed ration (TMR) of: silage; maize; beet; and beef ration.

All of these inputs, excluding the beef ration, have been produced on farm. And, this is something which Peter plans to continue into the future. 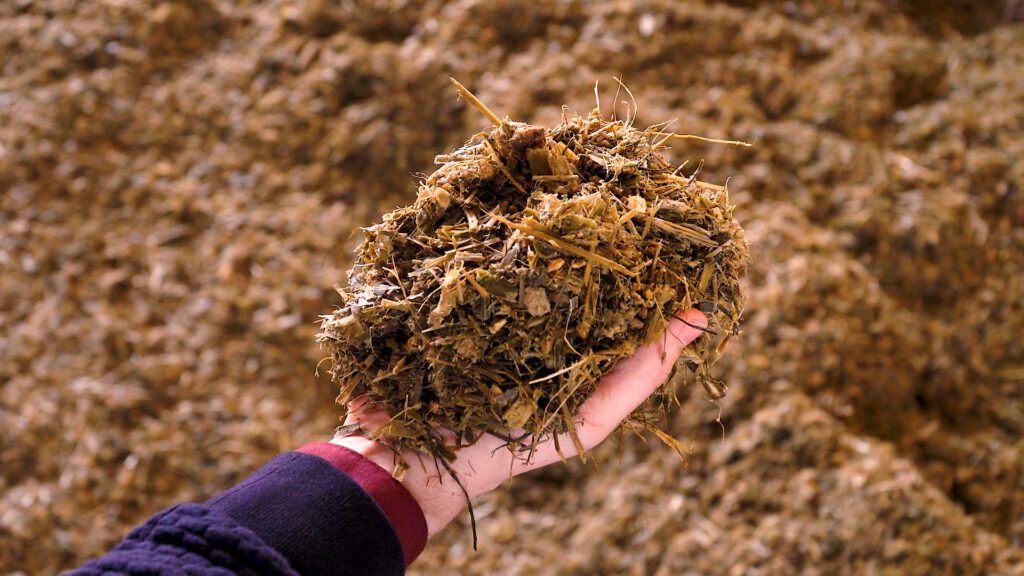 Touching on last year’s drought and the impact on winter silage reserves, he said: “It wasn’t too bad. In the middle of the summer there was no grass, but the cattle were reasonably content.

“I had a very good first cut of silage which was closed up reasonably early, but nothing grew after that. I wasn’t totally reliant on silage because I had maize sown which did very well; I was lucky in one sense that I had a mixture of crops.”

Peter managed to keep the silage pit closed and fed surplus bales to carry his cattle through the dry conditions.

As part of the programme, all cattle will be weighed three times during the year – at turnout, mid-season and then again at housing – this is to monitor performance. All Peter’s cattle, including calves, have been weighed. 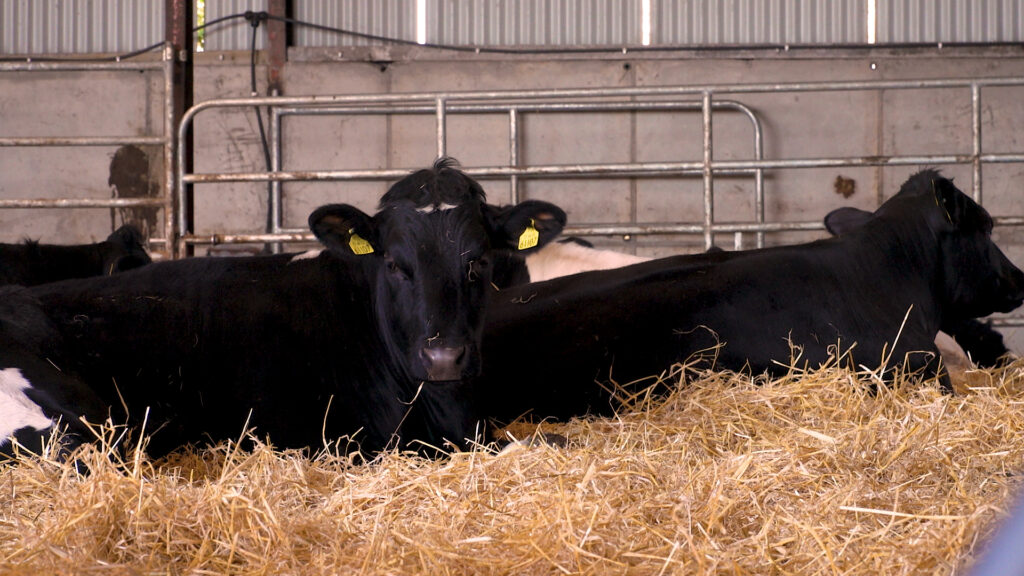 Peter is married to his wife Áine and has five children, with the youngest two still in college; they all lend a helping hand with the farm work and at farmers’ markets at weekends when available.

Simon – the youngest son – is studying Agricultural Science and takes care of the farm work every Saturday.

Commenting on the reason he joined the programme, he said: “Christy Watson – my local Teagasc advisor – asked me would I be interested in joining. When I thought about it, I knew it would be something I could get a lot out of.

Peter will work with both David and Christy over the next three years of the programme and every effort will be made to boost profitability on the farm. 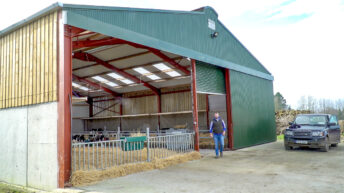